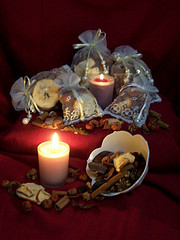 Welcome to the new Friday column:

Comprised of Roman tidbits, swell TGIF videos, random nuggets, stuff to keep you from doing work and all around bosh and, well, flapdoodle.

Boring day yesterday on the Roman transfer front, though there was one big name prospect involved. It will probably be a week or so before any sexy news comes to fruition. Mexes' contract is supposedly done, Chivu is in negotiations and they'll likely take care of De Rossi and Mancini this summer as well. Once again, De Rossi has committed to Roma for life and has said that there are more important things than winning trophy after trophy or money. Hopefully Barca, ManU, Real, Milan, etc. will get the clue and stop pursuing, as with Totti. Crossing my fingers for Vieri so the summer is adventurous.

a) I forgot to put this link with the Nasri paragraph yesterday. Absolutely ridiculous.

Check out that absurd move he put on Lucien Aubey of Toulouse(pink shirts) about three-quarters through. No wonder the whole world wants him. By the way, you have no idea how long it took me to figure out that was Aubey. Or even who the hell Lucien Aubey is. And I'm still not sure I know who the hell he is. Damn French.

I know Benzema, Ben Arfa, Gourcuff, Briand and Menez are going to be really good for France. But for the Azzurri, I FEAR Samir Nasri. Right now. And he's all of 19. His prime is about ten years away. Scary. No question in my mind he's bound for the next FIFA 100 - the best 125 players of all time (apparently Sepp isn't great at math).

* - If you go to dailymotion you should check out the other videos of 'Alarazboy,' who made the Nasri compilation. The videos are all phenomenal but please ignore his ridiculous avatar. The musical selections are typically suspect, but what else can you expect from an internet video? Nasri one is cool, my other fav is the French Ligue 1. Oh, and the Totti one's not bad, but I think the music needs to be just a little bit more apocalyptic.

b) Speaking of that move Nasri put on Aubey, we might as well revisit this. I don't know what to call it. I would've snapped both my ankle and tibia if I even made an attempt.

c) Palermo is interested in Alberto Aquilani and are keen on discussing a swap with Andrea Caracciolo. Caracciolo is a good 10 goal forward but Aquilani has something special, and he's only getting better. Considering how vital he was when Totti broke his ankle last spring, it's highly unlikely they will let him go at any point in the foreseeable future. Not even worth discussing further.

d) Roma, Fiorentina and Milan (only names reported - the actual list should read more like a G14 roll call) are all after Rimini defensive mid Ahmed Barusso. This one slipped by me at first, I was thinking of a different guy, but this could be big. Arsene Wenger was after him some time ago as he considers Barusso the next Michael Essien, and he isn't the only one. Both Ghanaians are vicious tacklers, technically gifted and have booming long shots. The only problem is Barusso has stated he doesn't think football in Italy compares to the Prem. Fine, we don't want you anyway (actually, we really do - please come to Rome).

e) The Giallorossi are also after Francesco Modesto, young defender from Reggina. Slightly undersized but supposedly very strong and very good in the air. That's nice and all but I don't know anything about the intangibles, and to me that's the most important part of undersized defenders (see one Fabio Cannavaro). I'll try to find out more. This one has been a steady story for a few days in the Roman papers. That's fine, it would be on very very short money.

f) Stellar Zlatan quote:
On the question what his girlfriend got when they got engaged:
"What she got? She got Zlatan."

I don't know whether to hate him for his ego or love him because he's so far over the top. A combination of both for now but he is quickly becoming one of my favorite people.

Even better Zlatan quote:
Answer to the question "If I say Anders Svensson and Kim Källström, what do you say?"
"Zlatan."

I think I'm going to start replying to questions by simply stating, "Zlatan."

He needs a reality show. We need to know what he's saying behind the scenes at all times. This is non-negotiable. Forget football, this is his raison d'etre.

I'd bet the house that Zlatan made this himself: Best. Video. Ever. Even just for the music, though his talent is unreal.

f) After watching a little bit of the US National Spelling Bee last night I've come to the conclusion I had no right to graduate the third grade.

g) It's been 3-4 days and Juventus hasn't done anything stupid. At least anything that made major news. I'm starting to get worried about the homeostasis of the universe.

i) Why is it that ESPNDeportes anchors speak perfect English on Sportscenter until they get to Argentinian football games at which point they start speaking half-English half-Spanish at roughly twice the speed of light?