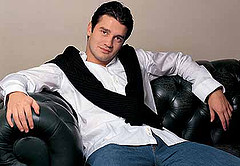 Alright, let's all get on the same page here. Christian Chivu came out yesterday and heatedly denied he has spoken with any other clubs regarding a contract. In fact, his first choice is still to sign an extension with Roma and talks are ongoing. This flies in the face of basically every media report released in or around Italia over the last week or so. Especially reports from goal.com and channel 4, who are both losing their credibility with me more and more by the day. These denials bring up a few possibilities, so let's figure this out:

a) He's telling the truth and he really wants to stay and play for Roma. He has stated numerous times how much he loves living in Rome and plans to live there after his playing career is over, but living in a city and playing for a club are two entirely separate issues. This also means the public denial regarding Juan yesterday was in fact completely true and aimed at instilling faith in Christian they have every intention of putting forth the best possible offer to him.
b) He may not have been talking to other clubs, but his agent might be. So technically he isn't lying, but he's not exactly telling the whole truth (never used that one before....). I've interacted with agents and sports businessmen and this happens very very often. Some athletes won't even meet their new employer until they sign a contract, so this is a distinct possibility.
c) He's lying through his teeth and is angry at the media for leaking the info of his dealings, which can have a massive impact on his negotiations. Clubs love to know what a player is being offered by other clubs so they can just come over the top. A smart agent will not tell a club what his player has already been offered unless they come under another offer. That way the club has to assume the worst and make a reasonably outrageous offer to secure the services of a player they really covet.
d) He's trying to save face in case a deal with Roma is worked out, but really has at least felt around other clubs; or, more likely, heard their offers but not responded. So, again, technically he isn't negotiating with other clubs. They're courting him and he is listening.
e) None of the above and I'm a moron.

My guess is it's a combination of b & d (though I wouldn't bet the house against e), with the agent having fielded some preliminary offers (i.e. that 4m per annum deal Inter have supposedly offered) but they aren't technically negotiating with other teams. This would be ideal for Christian because he knows what his current market value is and, should Roma meet that value, can deny "negotiations" with other clubs and say his first choice is, and always was, Roma. Just my thoughts, I'm probably completely off-base.

i) So who else thinks Andrea Barzagli is on the next boat off of Siciliy? This is just baseless speculation, because Roma doesn't give me much else to work with, but I would not be surprised to hear his name linked with the Giallorossi in the coming weeks. The rumored swap turned down by Roma involving he and Aquilani notwithstanding, little else has been made about a move; but I'd have to think he is fed up with Zamps and for good reason. I'm not sure Zamparini can stick to his ridiculous demands anymore and may be forced to sell Andrea regardless of whom he wants to poach off other clubs. Just a hunch. Personally I'd rather have Andrea than Juan, but I'm sure you know how I feel about anybody on the Azzurri squad by now.

Oh, and what he did to Corini was idiotic, classless and devoid of any human tact.

ii) There's something regarding Francesco Modesto on the frontpage of il Romanista, at this point I really don't care what it says. Sign him, don't sign him, I don't care. Just make a decision and stop the contradicting reports because I'm about another week away from a Prozac prescription.

iii) BREAKING NEWS: There's a confirmed transaction! Daniele Galloppa will be spending next year on loan to Siena.

iv) The race for Fabio Quagliarella is likely down to two people now, both Juventus and Roma as I said yesterday. After speaking to Sampdoria reports surfaced that a deal involving Vincenzo Montella, a free loan of Mirko Vucinic and/or Gianluca Curcli plus cash could be worked out. They mention Vucinic is still owned by Lecce, but implied that Roma was ready to shell out the requisite cash to make the loan permanent. There was little speculation on the cash aspect, and I really have no clue the market value of a free loan outside of wages, so that is anybody's guess. Though if their half is worth the reported 12m, then it certainly wouldn't be pennies. I'd much rather loan out Curci because he is the one in need of simple playing time. Mirko doesn't need playing time or a spot in a starting XI, he needs playing time in the Spalletti system, because he has already proven how prolific he can be in Serie A. Playing in Sampdoria would do little to advance himself as a Roma player due to Spalletti's unique system. Montella is likely done in Rome and I'd be happy to see him return to his old club to see out the twilight of his career. Let's hope Sampdoria really are interested in those three players because Roma likely won't be able too compete with the bank account of Juventus.

v) Christian Wilhelmsson sucks. That is all.

vi) It's great to have Genoa and Napoli back in the fold (and even Juve), two teams with Scudetti winning histories. Genoa actually has 9, yup-nine, to their name, although none since 1924. Judging by the massive turnaround from both Canna and Real Madrid, Fabio's chances of leaving La Liga are getting slimmer, so he may delay his inevitable return to the hometown club. Though I am driving the bus to get him back to Napoli and I don't even really like them (I've never liked Maradona....shhhhh), but Napoli is where he belongs and he would go a long way in making them a Serie A mainstay, which they deserve - and I believe would also be good for the league. And who knew the promoted teams this season would have 38 Scudetti between them. Next year should be vastly more competitive.

vii) Inter are now being reported to have made inquiries regarding David Trezeguet and Carlos Tevez. Anybody else think David Suazo isn't such a sure thing anymore? Considering they're supposedly not interested in selling Adriano, and they've already got Zlatan, Crespo and Cruz (not to mention that Goran Slavkovski kid, Zlatan v 2.0) - it's highly unlikely they would add two top strikers to the squad this summer. Maybe the negotiations with Cagliari have actually fallen through.

Brace for Suazo's Inter press conference announcing his singing within the next 48 hours.

It's very simple, in the last game of the season Ruud van Nistelrooy needs 1 goal to tie, and 2 goals to win it. I don't know anyone who would bet against him at this point, the man is a machine. I bet if he wins the trophy he mails it to Ferguson.