The Gossip & Pit (But It's Pronounced 'Piz')

Share All sharing options for: The Gossip & Pit (But It's Pronounced 'Piz') 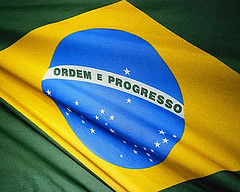 Roma has officially signed their first target of the season, Romanian winger Adrian Pit from second division Swiss club Bellinzona! Start printing up those championship t-shirts! Now this is the type of signing Roma needed to make to push themselves over the top and win their first Scudetto in 6 years. Bellinzona have undoubtedly provided him with the top notch experience he will need in Serie A, knowing the huge talent currently residing in "The Challenge League." Yes, that's its real name. No, I cannot confirm that he wasn't signed off of a team for the mentally impaired. I wouldn't be surprised actually - that would be a Rosella Sensi move. Honestly, he'll be on a free and will almost definitely be loaned out immediately. I'll go ahead and say I don't think he'll ever see a game in a Roma jersey and will be sold with little fanfare to a Serie B team within 3 years.

This is a great counter move to the rumored news that Inter have completed the signing of David Suazo. Which would actually be the 37th time they've signed a deal this summer, or so the media has reported. That Suazo guy? Ha! He's sooooo last season. Pit is the future.

And what's with all the Romanians all of a sudden? Is this really a ploy to try to keep Chivu in Rome? "Hey, we're only going to offer you half as much as everybody else, but we're going to sign a lot of Romanians for you to hang out with. So we're cool, right? You're going to sign that contract? No? Oh."

Can I be loaned out as a Roma fan until the Sensi's sell the club? Maybe I'll try to work out a co-ownership deal with Bellinzona.

The News Roundup: Roma wants Fab Quag's. Semioli can't make up his mind. Totti's awesome. Roma wants a Brazilian right-back. Roma has no money. Wilhelmsson sucks. Aquilani is better than Pizarro. Stop me if you've heard any of this before. Luckily there's actually some concrete news/offers to come along with the media regurgitations. As usual, Roma is making a desperate plea to become the European chapter of the Selecao. Samba, anyone?

I) After nearly setting a date for a press conference last week, Franco Semioli is likely NOT heading to Firenze. Apparently Chievo are fielding significantly better offers from other teams, including Roma and Palermo. For the love of God, would they just make a fucking decision already?

* - If Roma fails in its attempt to land Rosinaldo and Fab Quag's price doesn't drop, I'd be all for a Faubert/Semioli tandem. The pair would likely cost 12m total. Somebody forward that to Rosella.

II) The Giallorossi hierarchy are reportedly sniffing around Eduardo Ratinho, a RWB from Corinthians. I'm really not sure how plausible this is, there was nary a mention of a pricetag or much else, but this kid is one of the most talented players currently residing in Brazil. I recall reading about him when he was 17 and had yet to even make his way out of the Corinthians youth squad. Even then, he was so highly regarded his future spot in the Selecao starting XI was spoken of as an afterthought. There were rumors some time ago saying he may be sent to Lyon for free as payment for whatever the hell happened between the French and Brazilian clubs regarding Nilmar. Somebody (I think Corinthians) screwed that up royally and there are still some lingering issues. Either way, he would come at the expense of Cicinho and probably at roughly the same price or even more. Still, little mention of anything more regarding the interest so I'll continue with the thought pattern that Cicinho will wind up in Rome this summer.

III) It's looking more and more likely Edgar Alvarez will be unpacking his bags in Rome next year. And yes, that would mean the end of The Christian Wilhelmsson Experience. Roma would also have Rosi, Taddei, Cassetti and Virga who can all backup on the wings if they acquire the winger they're supposely after. Perrotta and Tonetto can even play out wide if it so dictates. Alvarez is wicked fast and would undoubtedly provide just as much, if not more, than Wilhelmsson.

Yeah, I saw that bit about Christian Wilhelmsson wanting to stay at Rome. I'll start giving it some more credence when someone from the Roman side of the wall mirrors his sentiments. Judging by the fact that towards the end of the year Luciano was barking at Christian consistently and would stare him down as though he'd just slept with his wife, I think it's likely he's out. Time to sluice Mr. Wilhelmsson out of Rome (that one's for Martha).

IV) We've cleared up the Gilberto Martinez situation, and it looks as though he's headed back to Brescia. Thanks for your zero games of service. Adios.

V) Il Romanista is reporting there is a deal in place that will likely land Fabio Quagliarella. It includes: Co-ownership of Curci and Brighi, free loan of Vucinic, and 10 million euros. I'm assuming this is for whole ownership? That offer is fine by me except for the Curci co-ownership. They must really be in love with Doni. Now, I'm a Doni fan, but Curci can be extremely special and is only 21 years old. I don't think now is the time to sell part of him, because his value could skyrocket at any moment. Co-ownership? No. Loan? Absolutely.

I'd be happy with Fab Quag's, and I think he would be successful in Rome. But would somebody kidnap Rosella Sensi and force her to write a 10m euro check to Torino for Rosinaldo and call it a day? Somebody? Anybody?

VI) Just want to clear something up regarding my position on David Pizarro, because I've been getting comments and messages regarding my thoughts. I'm not anti-Pizarro whatsoever, but do I feel his position on the field could be filled more aptly, as well as the payroll? Yes. Here's why:

i) Currently residing at Roma is one of the top young midfield talents in Italia, as well as Europe, and someone who is better than Pizarro right now: Alberto Aquilani. David is taking up hugely valuable playing time for him, because he was starting XI ready yesterday. I don't believe this team will peak for at least another year, and I think when that time comes Aquilani is the player needed in the lineup, not Pizarro.

iii) Tactically, the spot could be filled better by someone who is able to dole out passes while also holding down defensive responsibilities, a la Yaya Toure of Jeremy Mathieu (how soon Ahmed Barusso will be ready for this role is a wild guess). I won't discount David as a great passer, but his lack of assistance on the defensive front leaves Roma very susceptible to the counter-attack. I've seen people who say this is a tactical error in Spalletti allowing De Rossi to play so far up, but that is where he is at his best and Daniele produces extraordinarily well when he joins The Roman Clusterfuck. Ideally Pizarro could sit back deep, push up when Roma are setting up shop in the box, distribute the ball to the attackers but still drop back and tackle/defend at an above average level. Unfortunately, he isn't on that level defensively. On a team like Roma, who don't have the depth(money) to have a lot of one-trick role players, more from his role is required.

iv) The cost. Inter obviously has no idea how to valuate players, and will ask a king's ransom for Pizarro - especially if Chivu stays or moves anywhere but to the Nerazzurri. The dealings with Inter this summer will likely cost more than Roma bargained for, as well as eliminate some of their other targets. Could that 6m+ euros be used adequately elsewhere? I believe so. I don't feel that he is a 12m type of player. If Rosinaldo is valued at 10m, then we can deduce Pizarro is better than Alessandro due to their respective pricetags, right? Anybody want to argue David is better (or more valuable) than Rosina?

v) Did I mention that Aquilani is much better than Pizarro right now? Like top 5 next year? OK, good.

In summation, if Roma was like Inter or Juventus and could afford David as a squad player, would I be all for keeping him? Absolutely. He does what he does at a superb level, but Roma needs more from his position and I believe could get that from Aquilani on a regular basis.

I'll turn the question over to you. If Roma somehow makes the Champions league final next season, and are going up against a team with a stacked offense (i.e. Barca), who would you want on the field: Pizarro or Aquilani? I would take Aquilani 10 times out of 10, despite his youth. I don't think his passing is that much of a drop from Pizarro's. Is that what you would want out of a 12-13m investment? Someone who could be sitting on the pine during one of the most important games in the club's history?

It's just my opinion, and David could lead Roma to the Scudetto next year and make me eat my words. So don't go too overboard pillorying me.

VI) Apparently Barusso's deal will likely be on a 2m co-ownership due to his brutal leg break suffered last year. Which is Italian for Rosella Sensi is cheap. But here's the studs-up tackle that broke his leg. For the weary, it's nothing close to the Totti or Cisse breaks last year. I've watched needles go straight into my bones without flinching, but leg breaks turn me into a screaming pansy. Too many broken bones to count.

VII) There is heavy talk that Claudio Bellucci is close to a contract agreement. First, he was born and raised in Rome so I don't want to criticize him too much, but there is a large difference in a 32 year old jumping from Serie B to a Champions League squad. I guess with the imending departures of Nonda, Montella, Vucinic, Cerci and Tavano there is a significant lack of depth up top. But should, shudder to think, Roma send Okaka Chuka out on loan (though I don't expect it) and something happens to Totti again, then Claudio Bellucci is the only option up top from the senior squad.

Frightening. Anybody else for that Vucinic character? I hear he's decent.