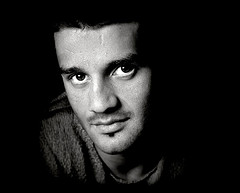 There are reports that Christian Chivu is close to being sold to Inter for Walter Samuel, David Pizarro and roughly 5m euros. Here are the facts:
- Chivu is currently in negotiations to extend his contract but wants assurances the Sensi family is going to try to keep the good young players around (duh, Christian - they're trying to sign you aren't they?)
- They've offered the Mexes deal of 2.5m euros plus incentives that could take it to 3.5 mill.
- Inter have reportedly offered a 4m euro per annum deal.
- Inter have also stated they would pay half of Walter Samuel's reported 4.5m contract.
- Walter Samuel is only two years older than Christian. Strange, isn't it? He's 29, but it seems as though he has been around forever.
- If Walter Samuel is healthy and on form, Christian Chivu is not in his league. He is on the short list for the best defender in the world.
- So, this means that according to that little deal Inter offered the other day that Grosso and a few million euros are worth Mancini. Nice.

If, and that's a huge if, Walter Samuel is healthy and on form I'd do this deal all day everyday. Chivu made some bad blunders in the biggest games of the season this past year and his status as a clutch player is more than debatable. Out of the core of this team, he is the one most likely to leave within a couple years anyway. Samuel has left and hasn't found nearly the same success and there are rumblings from the north that he desperately wants to reclaim his status as "The Wall." However, what actually happens remains to be seen and Samuel has not shown form even close to his glory days. Why? Who knows. Maybe it's the injuries, but he's not that old and should have quite a bit of spring left. I think a part of it is his surroundings, Cannavaro is having a terrible year at Real Madrid and Inter is where world-class careers go to die. If he returns to Rome, I would bet the deed that he has a better year than Chivu.

If Inter doubles that money offer, I'd pack Chivu's bags for him. Chivu is a great player but Walter Samuel at his top form is on the short list with Canna and Nesta for best central defender in the world. However, I think the reports are a bit premature and that we won't know what will actually transpire before Wednesday. That being said, a press conference will probably be announced for tomorrow morning.

And this whole story was probably concocted by the Italian media. If he goes I still hope it's to Real Madrid for silly money and Canna. But Chivu is by no means untouchable and can actually be replaced quite easily. I'm getting less and less antsy about him moving on.

Quick Note: I know he hasn't been linked to Roma but Fabio Cannavaro has been valued at 6 million euros by goal.com. Real Madrid are quite interested in Chivu and it would only make sense to ask for Canna in return. However, looks like both he and Juve want Canna back in the zebra stripes next year. I can't argue with it, he belongs in Serie A. But 6 million for the reigning Ballon d'Or winner? Can we start up a collection or something?

* - Oh, and there is a picture of Bolo Zenden on the front page of Il Romanista. I'm terrified to open up that link. I don't think I will and just pray that it goes away.