Share All sharing options for: Photo: Dissecting A Derby

How irrelevant is Lazio? No one even knows who they are.

Il Derby Capitolino: Roma v Lazio
Rome's footballing rivalry used to be elevated by the political differences between the supporters. The Laziali in general had right wing ideas while the Roma fans were more left-wing orientated. 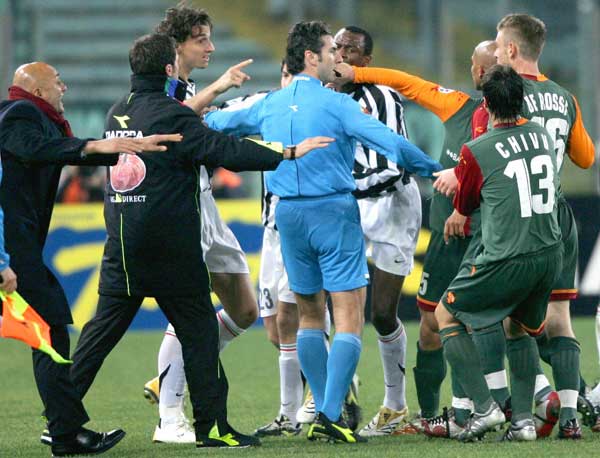