Share All sharing options for: Roman News; Or, Contemplating A Heroin Habit. 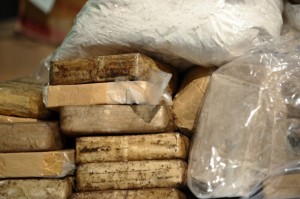 And that's at least how much I'll need.

I brace every morning when making my internet rounds to discover that which the worldly gods have deigned to bestow upon us for the glorious day. Suffice it to say, things haven't been pleasant in a long, long time. Tidbits like Pizarro return imminent and Lump on Spalletti's testicle found to be third testicle have inexplicably put a little kick into my step. Previously my standards were such that the only thing which could convince me to even lift an eyelid was Totti scores 487 during intra-squad scrimmage; saves a dozen school children from burning bus; returns home to sire demigod #3 in continuing quest for AS Totti. So depressing I'm contemplating skipping right past the prescription pad and leaping right into some shady alley deep in the heart of the city where I can find some goodness to dull the pain.

Today's rounds were extra special, featuring headlines that had me wondering if I'd stumbled into a newly-formed 'Sports Obituary' section. Shall we? I think we shall.

There's so much going on here I don't even know where to begin. First of all...

Can they call Marco Andreolli back? That's a serious question. Because even though they have three CBs on the roster right now, Juan's been healthy for way too long now (what is it, 5 days?) and my chest hurts when I think about a GOMR - Loria central partnership running out against Udinese, Sampdoria and potentially Juventus.

What the hell was he thinking? I know he's passionate, but come on. Everything they do right now should be done with the thought of lessening the bleeding at the forefront of their minds. This cripples an already crippled team even more and has shaved at least 2 more years off the lives of the tifosi. Even if three games is extremely harsh for mere words. Sticks and stones, gentlepeople. Two would've been more than plentiful.

Were this Ivan Cordoba or Maicon, rest assured they would've been hit with a fine at the very most.

I was so angered by this misleading headline - one which is terrible even for channel 4 - that I considered writing a harshly worded letter to Calcio Italia, telling them exactly how I feel through the streams of hurt running down my face. Then I looked over to the heaping pile of gym clothes on the floor and decided my time could be better served elsewhere. Not smelling like a men's locker room > writing not nice things to people who don't care. (Where the fuck is the greater-than-or-equal-to button on these things? Bollocks.)

Luckily by Totti's "setback" they actually meant "better than expected"; the relationship between the two being readily evident and thus the mistake dismissible.

"I hope to have Totti for the game against Inter. He will be playing, at least for one of either half," said Spalletti.

I'd been thinking more along the lines of "Totti throws on the golden boots to save the day if shit hits the fan...roundabout the 75th minute mark". Another half hour, perhaps even more, is splendid as far as I'm concerned. Provided he stays healthy, of course. Where's that needle...

Tottenham are being linked with a January move for Roma's highly-rated midfielder Alessandro Rosina.
Spurs have been keeping tabs on the 24-year-old for sometime now and reports in Italy claim that a swoop could be on the cards when the transfer window opens again.

At first the inaccurate headline was infuriating, leading one to believe there would be more disturbances among the squad. Then it turned to sadness because Rosinaldo still plays for Torino and Roma could damn well use him right now. More tears, this time followed up with a pint of mint chocolate chip. The good news can't stop rolling, can it?

What did his agent actually say?

“Julio is looking to get back on the pitch as quickly as possible,” he told Laromasiamonoi.it.

“I don't know exactly when he will return but we will know more later this week."

“Julio is currently in Brazil to receive treatment but he is working hard and could reduce his recovery time as a result."

De Rossi fit to play. Everybody and their sister.

I love the Azzurri. I want them to do just as well as I do Roma. They can beat Montenegro without Daniele De Rossi in midfield. Lippi could even field Donadoni's beloved Milan midfield - complete with a Pirlo on crutches - and still dominate.

But having a De Rossi who is almost surely not 100% go into the game with a Roma side getting closer and closer to promoting the entire Primavera squad quite frankly frightens me. I'm going to have nightmares of a freak accident where Mirko - also a bit banged up, of course - and DDR collide, ruling themselves out for the entire year. More prayers, yadda yadda yadda.

So what I'm trying to say is...everyone should pick up a drug habit.

Until you can find a reliable connection, an appropriate chorus to keep the tears coming if ever there was one....