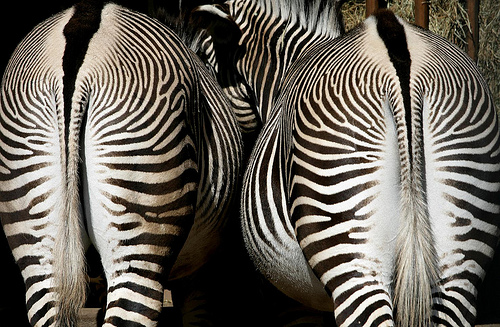 Such a strange, strange time. You'd think the non-game against Sampdoria would've afforded some much needed healing time for the walking wounded. Not with Roma. Francesco's found himself on the sidelines once again - though to be fair it sounds like his stint on Wednesday was going to end very prematurely anyway - and won't be making the trip up to the northwest corner. Shitty, but par for the course these days.

So did the extra time off, especially considering the weather on Wednesday which would've surely piled up the bodies, allow for some more time to right the tactical wrongs and work on the team mentality a bit? Can hope so, but we won't know anything until the game starts. Yet again, we know nothing going in, probably even less going out.

For now, just a roll call of those making the trip. There's really nothing to say anymore.

Doni: Will he brain fart? Will he hold it together for 90 minutes? Stay tuned.

Cicinho: Said it once, I'll say it again: he's the new Mancini. He'll be out next summer. Which is good, because it's time for a housecleaning:

"A sporting director from Lyon, Brazilian himself, told me once that two Brazilians in a team is very good, three is a catastrophe and four is a tragedy. That was exactly our situation."

Not that Taddei, Doni or Baptista typify Brazilian personalities. Cicinho? Mancini? Sure.

GOMR: It really is quite nice to think we may actually see a back line of Panucci-Mexes-Juan-Tonetto this weekend. They're about as matchfit as a cadaver, but we'll take what we can get.

Mexes: Well, it's Juve. We can look forward to another 3 game suspension when he two foots Nedved in the face.

Juan: One of the benefits to the midweek no-go is Bubble Boy's chance to make two appearances in one week, even if one was for 5 minutes. Small victories.

Gloria: Do you see that? Three (3!) healthy centerbacks in front of him. Hallelujah, bitches. The way it was meant to be.

Tonetto: Graying by the minute and ready to go, baby.

Riise: Something tells me Torino won't be the place for his shaky legs to find solid ground. Or the playing surface.

Pizarro: My tender heart. I update my will every time he comes off the trainer's table. But he could be one of the keys to the inevitable turnaround.

Brighi: Back to supersub duties he goes.

Mirko: Really hope that 5 minute suspension gave him some time to watch back film of last year when he rapidly became a big game player. A return to form does wonders for this team.

Taddei: The fifth defender will be ready and able. Good thing at one end, questionable at the other.

Menez: Sounds like Baptista will be ready to go, but Jeremy will be warming up early just in case.

Baptista: Is he healthy? Is he able to play a full 90? Does it even matter at this point?

Okaka: What's happened to his PT? I understand Spal loves to stick with his most trusted players and those with experience to keep some solid footing, but that hasn't really worked out thus far, has it? At least this kid was making things happen late in games. Okakachukaka's a phenom for a reason, show him the love.

Monty: Can't have too many healthy players at once, obviously, so Vincenzo's cycling out.

Cassetti: Still out, still very little news. I suspect this injury involved that transsexual rodeo clown which has gone under the radar for so long.

Aquilani: In the midst of his three week long deep tissue massage.

The Gift: Buffon's still out. That may be the first "lucky bounce", pardon the term, Roma has had since Atalanta.

Should be pretty straight forward, provided La Bestia is truly ready to play from the start. If not, throw Mirko up top and Menez on the wing.

Roma v Roma: They can take care of anyone on their day. Will they beat Juventus, or will they beat themselves? All it's about with our fair Giallorossi these days.

...Del Piero will only look good because Totti's not on the pitch.

...I'll have to avert my eyes every time Amauri's hair gets a closeup.

...Chiellini's nose will keep someone onside for a goal.

...Sissoko will mskr another contribution to the ever growing list of Roman injuries.

...there will be at least one 22 player scuffle throughout the game.

...and that Mexes will be the instigator.

...finally, that the back line of Panucci, Mexes, Juan, Tonetto will prove to be one of the main missing links for the turnaround.