Young Guns: Where Are They Now?

Share All sharing options for: Young Guns: Where Are They Now? 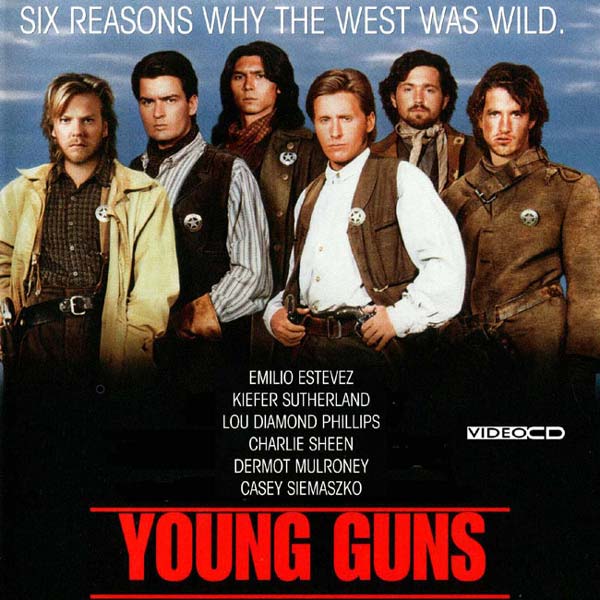 Marco of Livorno Offside and sporadic Roma Offside fame has taken over as chief of scouting and was kind enough to give a little rundown of the talent under contract everyone forgets about until June rolls around and then everyone gets really excited until they're sent back out on loan. Enjoy.

Bruno Conti has done a magnificent job with Roma’s youth system over the years. The Primavera squad has always been competitive. Coach De Rossi is an excellent professor and was even nice enough to donate his genes for the creation of the perfect midfielder; Daniele De Rossi. Unfortunately, not all youngsters are like Totti and De Rossi, even Aquilani needed some Serie B time before joining the squad for good. So how’s the next generation of Roma talent doing ?

Alessio Cerci : Alessio Cerci has always been a standout throughout his years in Roma’s primavera. He was sent out on loan 3 years ago to Serse Cosmi’s Brescia with great enthusiasm from both squads. Unfortunately he was rattled by injuries and didn’t manage to play with any continuity at all. Then came his Pisa stint; Cerci pounced on his occasion and scored 10 goals in 26 games while helping Pisa with a very decent Serie B season and finally earning an Italian U21 call up.

His positive display around the leaning tower earned him a season loan move to another Nerazzuri club, Atalanta. Bergamo will be the perfect place for the youngster to thrive; Atalanta has always been one of the top 5 places in Italy to produce and nurture Calcio players. Atalanta B. C. have always provided Serie A with quality players like these ones; Roberto Donadoni, Gianpaolo Bellini, Alessio Tacchinardi, Domenico Morfeo, Tomas Locatelli, Ivan Pelizzoli, Cristian e Damiano Zenoni, Marco Zanchi, Luciano Zauri, Cesare Natali, Michele Canini, Massimo Donati, Riccardo Montolivo, Marco Motta, Samuele Dalla Bona, Rolando Bianchi, Filippo Carobbio, Andrea Lazzari, Simone Padoin, Giampaolo Pazzini, Inácio Piá, Massimo Mutarelli and Marino Defendi to name a few and now the young Padoin, Cigarini, and U21 GK Consigli. It’s the perfect place for Alessio Cerci. The young Roman, who played his first minutes in a Roma shirt at the tender age of 17, must be thrilled to be playing for Luigi Del Neri. The ex- Porto (HA!), Roma and Chievo coach has always been known for his strict use of the 4-4-2 and his love for wingmen. The now 21 year old Alessio Cerci and Roma fans can’t ask for anything more but steady playing time and no more nagging injuries.

Roma Hope : If he stays healthy and keeps on progressing he can realistically hope to be a first team Giallorosso by his 25th birthday.

Michele Canini and Marco Andreolli have a similar career path, both young, talented and injury prone. These 2 guys have been hailed as the next generation of Italian centre backs for years but they can’t manage to play more than 4 games in a row without breaking something. Canini seems to have shrugged it off but how about the Roma youngster.

Marco Andreolli has been praised as the next Alessandro Nesta for the past 4 years and has Champions League experience; hard to believe he’s only 22 years of age. His talent is undeniable and if his development goes on as planned he might have Roma grinning even more about that Chivu sale. Fortunately for Roma, Andreolli is playing regularly for surprising Sassuolo in Serie B. He has 5 starts and 1 goal so far ( October 4th) and hasn’t been having any recurring back problems yet. He’s been called up to the U21 squad for the Israel clash. Hopes are high for Marco Andreolli, let’s just give him some time and hope to see him in a Roma shirt elegantly breaking up Inter attacks soon.

Rosi probably get the less hype out of all roman youngsters. But the 21 year old has played semi- regularly for Roma in the past. His loan spell with Chievo last year wasn’t fruitful but he’s getting plenty of minutes at left back in Livorno. Rosi’s a smart, versatile, tall , quick and cheeky player. He has the potential seeing all the weapons in his Calcio arsenal. If he can start working on his defence a bit more and if a coach can decide were to play him once and for all he’ll become an excellent asset to any Serie A team, let alone Roma. The kid played Right Back, Left Back, Right Wing and Left wing for Roma before he turned 20. Rosi possesses decent passing ability and often beats his marker with his speed and fancy footwork. Livorno will be the perfect place to nurture his talent. He’s replacing Giovanni Pasquale on the Left side of Livorno’.s defence ans has been playing solidly and regularly since the beginning of the season. He’s had some problems adjusting to his weekly defensive duties but he’s been progressing every week and that’s a great sign of things to come. Once he feels more comfortable with his defence, notably positioning, he’ll be able to concentrate a little more on attacking. I see him adapting à la Cicinho ; slowly, but he can very well develop in an awesome Left Back who can add a lot to the offensive side.

Gianluca Curci isn’t considered a young gun anymore; although he’s only 23, which is very young in goalkeeping years, he’s at the make it or break it stage in his career. I’m pretty sure that Roma have learned their lesson with the whole Marco Amelia ordeal so they’ll want to hang on to Curci in the long run. Let’s just hope he keeps on playing in Siena.

Vitorino Antunes : The young portugese left back started Lecce’s 1st 5 games but after sucking defensively in last weeks outing he was benched for the Lazio game. Antunes has a crazy left foot (check him out on youtube) but I get the feeling this is more of a Bruno Conti buy than a Spalletti desire. Antunes has quickness and a decent offensive touch but his lack of height and defensive know how will definitely need some time to mold in to Serie A shape.

Ahmed Barusso : Big Bad Barusso, mister next Essien hasn’t been playing that much for Siena. Let’s just hope he gets some decent minutes off the bench and stays healthy. Roma will need to re-evaluate at the end of the season. His Turkish stint didn’t last but Ahmed is still young and did you see those legs ?

Ricardo Faty : He’s been playing with continuity for French side Nantes. I don’t know where all this ‘’ new Viera’’ hype as gone but the 22 year old Faty still has time to develop into a decent defensive midfielder one day. The 6 foot 4 midfielder has already played 15 games for Nantes this season managing to bag 3 goals in the process. Worst case he gives Roma leverage in the future, especially considering the ridiculous 350,000 Euro fee Roma had to pay Strasbourg for his services and his small salary will be paid by Nantes and Leverkusen for 2-3 years. Great investment all around whatever the outcome is.

With Ahmed Barusso, Antunes and Ricardo Faty (Andreolli doesn’t count) Roma have probably spent less than 3 Million Euros in transfer fees for these youngsters. Hell, Ale Cerci even brought some money in the coffres ! Bruno Conti and Roma’s talent scouts have done a hell of a job so far with the youngsters. Now if we could have only kept Davide Petrucci.

* don’t worry, I’m sure Chris’ll give you a full 2000 word report on Keivan Zarineh

(This is Chris. Fuck Keivan Zarineh.)