Share All sharing options for: Minipreview: Giallorossi v The Other Giallorossi 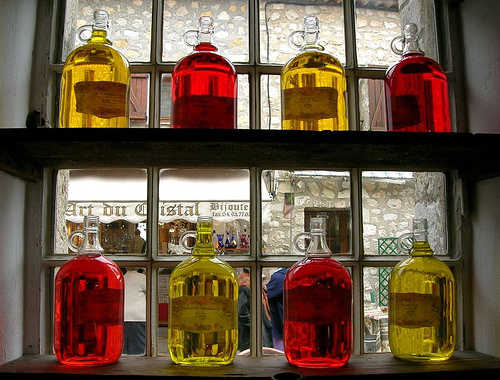 Eschewing the fluff and getting right down to business: Only once in the last ten years has Roma lost after a derby victory (Perugia in '99). Good omen. However, Lecce hasn't lost at home yet this season. Bad omen. And it's not as though they've played crap opposition. They've smooched their sister with Udinese, Lazyo and Milan at home, thus this game has the same result written all over it. Lecce might not be particularly wonderful, but they clearly know how to make their home advantage count and their perceived quality belies the difficulty of the game ahead. Nine times out of ten Roma can make happen what they want, but this may be that one case in ten.

Then again, that might be a good thing. The fandom has wanted a team capable of grind it out 1-0 victories when necessary for oh so long, and this sounds like the perfect opportunity to do so. They've got the formation which calls for a more conservative defensive half while hoping for efficiency from the boys up top when the quality chances do come, because it's certainly not going to be the run n' gun style of the 4-2-3-1. Might just be the thing to get it done.

Going in the lineup looks like a revolving door: Panucci is out, Perrotta is disqualified, Pizarro took a knock yesterday (knee) and Vucinic is rumored to be "given a rest" against his old squad. You know, Lecce being a bottom half of the table team and all.

In the back it will be Cassetti & Tonetto flanking Philouppe & Juan. Pretty sure everyone's comfortable with that, though it'll be interesting to see how quickly Cassetti can get back into the Serie A swing. After all, it's been 2 months now since his last start (Reggina) and if I recall he got baked pretty soon after coming on for GOMR last weekend (settled down well enough, however).

Taddei will be filling in for Perrotta's grit and workrate in the midfield, and though 'Rigo is way short of form and used to the wing, that position should suit him extremely well as it goes. Both Simone and Brighi spent much of their derby day making sure neither fullback was caught 1v1 on the flanks; Rodrigo will never have the tackling abilities of Maldini (ditto for Simone), but he can provide similar workrate and defensive help for Cassetti, pretty much his role on the wing anyway, against a team without anyone even close to a Zarate. He may look like shite going forward, but when Lecce goes on the attack, pay attention to his subtle, but possibly gamechanging, contributions. If they can limit the wing attack, they'll have won half the battle, because it's going to be incredibly tough for Lecce to walk through the middle of the park.

Those are the givens. The other spot, the last seat in the more attack-oriented trio, becomes a toss up. Pizarro will depend on what side of the bed he gets up on (if he falls off the top bunk or not), and if he can't go it's supposedly going to be Mssr. Menez, with Mirko leaving his small team sitter misses on the pine.

And of course, Alberto will return to the ranks. Presumably as a late game sub - maybe ever pre-determined - but I've seen stranger, and could find him in the XI should Piza prove unusable and Menez have TGIP's hands shaking like a junkie pregame.

All of which should be enough to get a point. It's only Lecce, but 6 draws in 12 games shows they're resilient and stubborn, if unspectacular. A third win in four, however, wouldn't be shocking. It would simply mean our fair Lupi are back, and for real.