The Confirmations Keep A Comin'

Share All sharing options for: The Confirmations Keep A Comin' 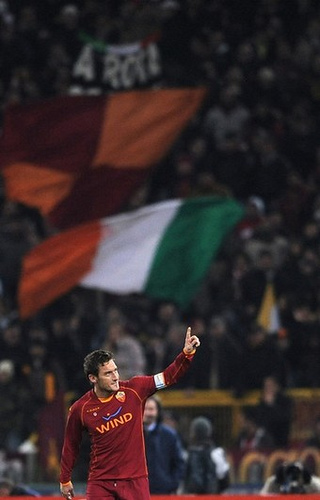 I realize I should probably champion yesterday's "will to win", "ability to grind out victories" and every other cliche for "shitty victory" on god's green-ish earth, but that was such a soul-sucking liveblog - Webster has decided to place my Glamourshot next to fatigue for the past month, or hadn't you noticed? - ma fingers develop an acute bout of rigor mortis whenever ma brain sends the name of a certain purple-plated French team down the neuron superhighway. So, instead of waxing lyrical on Bore-deaux (yes, that deserves every single vitriolic missile hurled my way; no, I couldn't help myself), let's speak on some Giallorosso generalities. Because, as I'm sure you noticed, the vaunted Spalletti attack has magically transformed into don't-bring-that-sh*t-into-MY-house defensive mentality.

Remember two months ago, when Roma's start to the campaign had many of us questioning the very existence of Jebus? Remember when your toothless, cockeyed, wheelchair-bound sister could score a brace against La Magica? Remember when Matteo Brighi was merely Roma's gum chewing champions? Remember when you'd have cut off your own leg just to see Francesco Totti suit up over the weekend? Remember when Bordeaux had 63% (sixty-three!?!?!) possession against Roma? (Ah shit.)

The problem always was the injuries. And now they're gone. Save for Rodrigo. And Mirko, kinda. And Alberto's impending hammy strain on Sunday. Plus whatever RB goes down, given the revolving door there. And Perrotta's about due for a muscle twinge somewhere - and I don't mean in a good way.

So yeah. They're good.

Now let's talk the defensive stability of the 4-4-2/4-3-1-2/4-3-2-1. It's not, nor will it ever be, the fluid 4-2-3-1. Something I think which has been plainly evident the last month plus, as they're winning, but no longer doing so with such style and San Francisco-night-club-hi-my-name's-Steve-wanna-go-out-back-type pizazz. Yet it gets results. Philippe Mexes is still undoubtedly one of the best centerbacks in the world, DDR is still bossing the midfield, Simone Perrotta is still running around like a Kenyan on crack and Totti is still Totti. The spine of the formation - and team, for that matter - has gone unchanged, but so many of the roles have been altered. Instead of the winger coming back to help out the full back it's DDR's wingmen moving over to the touch to double down on wingers and fullbacks. It works, but they're lacking a bit more width as the midfield is a bit more compact. Gone are the overlapping runs, if only for the simple reason you can't overlap something that isn't there, though Cicinho does manage to steam into his favored attacking role frequently enough - whether your cardiologist likes it or not.

Instead of numbers forward, it's quality forward. Which is okay, because with the likes of Totti, Vucinic, Menez and Baptista, moments of brilliance are never far behind. Especially not with You Know Who, whose mere touch is a moment of brilliance. Brighi & Perrotta do get forward enough - as evidenced by their Champions League exploits - but it's at times a bit more hesitant with three attackers in front of them. The most marked difference is when Simone moves from central mid to trequartista, where he's back to his bombing forward runs beyond the defense. Not so much with Baptista, who was primarily bought with the 4-2-3-1 in mind (as has been said over and over and over). Just serves to magnify Simone's contributions that much more.

In short, everything's just a little bit more conservative. And it's worked. Quite well, in fact. Eight games, seven wins, three goals conceded. (And I think we all know where that missing win came from...The Flying Donkey himself.)

What's scary is they've been a bit disjointed at times, clearly not 110% in tune with the formation as of yet, with as much to be expected. They prided themselves for so long playing as one, as the consummate team. Close your eyes and imagine what it will look like once they get there again. It's only just begun.

Time to bow down to the mad genius of calcio once again. 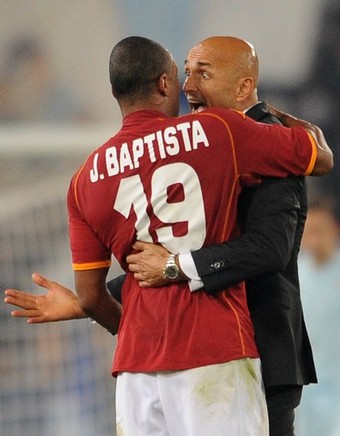 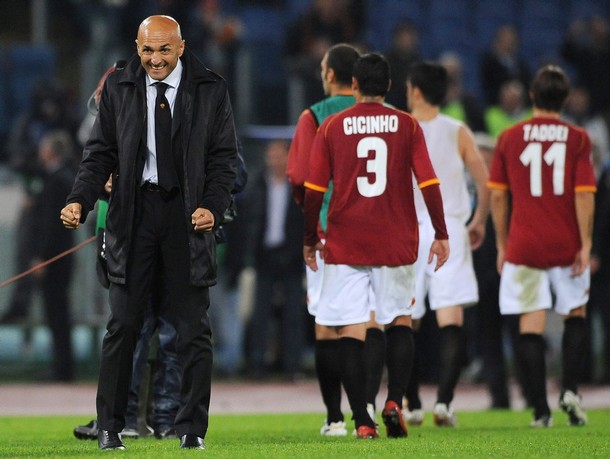 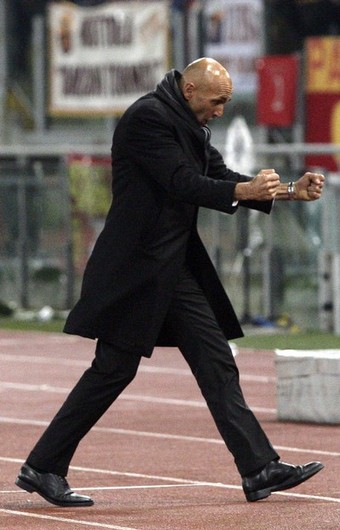 Care to venture a guess as to where Roma would be with [insert former replacement of personal preference here] at the helm in his stead?

Pics (Really were some classics this go 'round.)

Group winners, baby. Or, as I like to call it: avoiding the Barca lottery. (Seriously, if you haven't watched them lately do so. Absolutely disgustingly good.)

Don't quite care. Honestly. Even Madrid. Last year was utterly joyous. Arsenal too, as they've been just a shade under shit for much of the year. But if I had my druthers, it'd be one of Sporting, Lyon or Atletico, probably in that order. The Lisboners weren't an overly easy task last season, but they can still be beaten quite handily. I'd love Lyon, as they're not exactly as tough a opponent as the country of France would like you to believe. (Where would they finish in Serie A? 6th?) Plus they must be dreadfully close to forming some sort of complex over the round of 16. And Atletico? Kun is magical, but can be taken care of.

Marco P from mCalcio and the ADP Offside from the wonderful and aptly named mCalcio sent over the lovely Menez graphic from his Chievo review. And in the same email he also confided that Totti > ADP...but you didn't hear that from me. 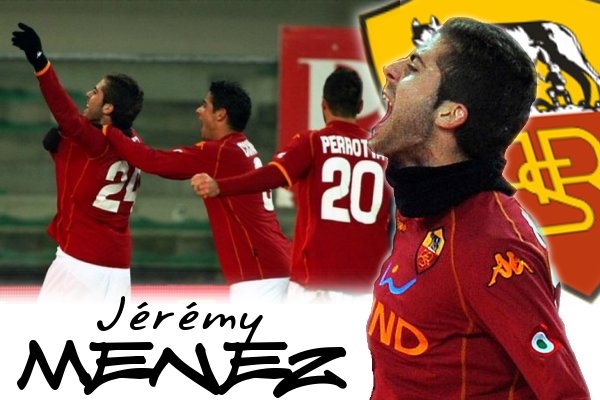 Jeremy has also made another new fan in the mold of Luciano Spalletti (he's a good one to have on your side, as Little David will tell you - though perhaps a little too good).

“I have so much quality at my disposal, and this helps us win such delicate encounters. Menez is doing great things now, he reminds me of Kakà for his technique and pace, but he needs to grow and become more consistent.”

Kaka from Spalletti and, if I remember correctly, something about Totti & Messi from Leandro Cufre. Not bad company.