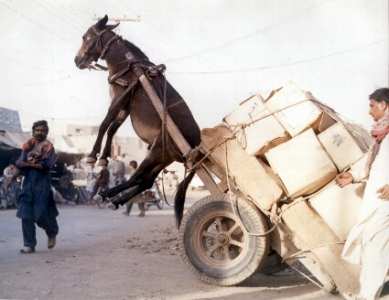 Unfortunately, if all is right this game all will go wrong. Unless the wrongs have been righted, which I believe they have. Thus all wrongs will be right and all rights will be right. Right? Right.

The Roma we've known, putting aside the little hiccup known as the first two months of this season, has more problems with little teams and fewer with bigger teams. Chievo is, no doubt, a very small team. Like Pizarro small. They're last in the league at 9 points and by some measure are the most futile attacking team in calcio, scoring 7 goals in 14 games. That's half a goal a game, for those mathematically challenged, which is mind-boggling. How the feck does someone score half a goal?

Does that mean small teams are still dangerous? Of course, but I'm not sure they're as dangerous as they once were. This formation has a more solid defensive foundation and leaves fewer openings to opposing attacks. Plus Totti's f@#$ing en fuego, with 5 goals in his 8 starts since coming off injury, which is nothing short of amazing. Not, of course, to mention the quality of the goals. Sound defense + Doni playing out of his head + Totti being Totti = good Roman omens.

Though TGIP is still sending out warnings:

“We have to be afraid of Chievo, without a doubt. In recent weeks they have put in some excellent performances. They did well at Siena, then we all saw how they won away to Udinese, a side of great quality."

Yes, they won away to Udinese, but the zebras had Dorothy Di Natale sent off and they won on a Felipe own goal....which is the only goal they've scored in November. These guys couldn't score with Antonio Cassano's black book.

As possible as a miracle show may be - you know, right up there with an actual Flying Donkey - Spalletti's word were merely cautionary. I can't quite believe anyone truly thinks Chievo is a "great side". They must win this one.

As the squad goes, the revolving door at the Trigoria medical wing has swapped Mirko's knee for Simone Perrotta's....whatever. MRI showed an inflamed tendon and he may or may not be ready for Bordeaux. I suspect yay, but as Cluj showed, he's a wonderful player but not always integral to results.

And that's that. They should roll Chievo. Should be interesting to see if this new, more conservative formation allows them to break down numbers in the back as well as it did against Lecce. Or maybe we could just hope Chievo is equally as garbage as was Lecce. Either or.

There's some speculation Menez will get the start in lieu of Mirko, but knowing Spalletti's love of all things conservative, Perrotta is the more likely inclusion. Then again this is Chievo, a team which isn't a huge threat going forward, and an extra set of technical boots may do wonders in the Donkey final third. I'll say Perrotta and hope for Menez.

Another good game for Riise could do wonders for his confidence, ditto for Menez. Riise will almost surely get close to the full 90 - depending on what Spalletti wants to do with Panucci - and I'd have to think Totti won't play a full 90 unless they're behind, which leaves some time for Menez if he doesn't start.

I think this could end up being a very conservative scoreline. The 4-3-1-2 has given up 3 goals in their last 6 games - one of which was to the Flying Donkey himself, Cicinho (that name's going to stick, I can feel it) - and Chievo has scored 7 all year. Oh, and the other two goals conceded were in the CL. You do the math.