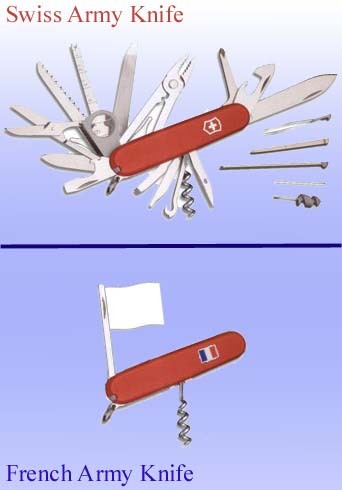 Like any good French team, Bordeaux will be coming in backs first, white flags at the ready.

But before we delve further into the French psyche, let's run down the situations:

* - Roma have the tiebreaker with a Chelsea draw due to the goal difference advantage in games they went head-to-head (+1).

Of course the great hope is winning the group and thus getting that invaluable one seed in the round of 16 knockouts. And really, a first seed is desperately need this year to avoid the Barca lottery. I'd rather they play two at Old Trafford than face Barca home and away. So let's just win, shall we?

Unfortunately, at least for me, there's an extreme confidence going into this one. Partially because of the great run of form currently - particularly the fact that they've conceded only three in their last seven - but mostly because of the last game. They were utterly horrific for 60 minutes. Abysmal doesn't even begin to describe it. The lads went about that game like they were getting a root canal in the back of a panel van - at least until the hour mark hit and they took care of business. Yes, Bordeaux was a man down, but Roma typically plays much worse with the advantage. And lord knows with their confidence, merely holding Roma would've sent them spiraling down into a dark dungeon of depression. Which makes the two teams night and day, yet the lads still came out of France with a 3-1 victory. What's going to be the case at home with a team brimming with confidence, a legendary player on his game, a feline for a keeper and a defense and midfield which have been taking on and brushing aside all comers? This is set up perfectly for the Romans. Almost too perfectly.

Too much confidence? That's my great worry. But I trust Spalletti will keep them humble enough that their technical qualities and desire to win will outshine anything else.

Tactically, fortunately, they'll know exactly what to expect going in:

“I know what to expect in Rome. We must not imagine that Bordeaux will throw in the attack to mark immediately. We have 90, 95 minutes to win this match. We’ll first we strive to defend well. To win the match, it must first defend well and if we succeed we may have opportunities to win this meeting.” Laurent Blanc

My French is a touch rusty, but I believe this translates to: leave lots of men back and pray for a moment of brilliance from Gourcuff.

This is mildly frightening: Roma have only called up enough to fill up the pitch XI and a sub's bench and no more due to injuries. One of whom is Riccardo Brosco, all of 17 with zero top flight experience.

Rodrigo went down today with an injury in training. Typical.

As ever, the great debate over who will play RB wages on, with the sound money on GOMR - adding a 4th player with a striker's disposition to the side, obviously.

A rejuvenated Vuci in place of Menez, with the remaining the leftovers from Chievo.

For the win. They're simply too strong now.