Share All sharing options for: Disorganised Mercato Thoughts before Madrid

Here’s a Pot-Pourri, a Melting pot, a ramassis of Mercato stuff :

Let's get right in to this !

Fabio Liverani is a Roman, self-hating Romanista and has recently declared how honoured he would be to grace the Red and goldish colours. However, Liverani was a LAZIALE ! That’s why it didn’t work out in the 1st place. Rolando Bianchi ''once was'' a Roma target as well. Check this out !

I know Fabio Liverani was linked with Roma before signing in Purple ink. Spalletti likes Liverani’s non 5 foot 4, David Pizarro-ness . He would arrivee dirt cheap and would make for an acceptable 5-6th midfielder. But aren’t we supposed to be nurturing guys like Ahmed Barusso and Ricardo Faty ?

For free I wouldn’t mind. He’d have to be happy with a less than Ferrari-esque role and cost next to nothing and that’s only if Jeremy Mathieu doesn’t come by. Ujfalusi’s upside is that he can slot in pretty much anywhere on the defensive line.

Only extremely cheap and accepting a limited role a la Leandro Cufre, so basically no

FUCK! I hate the guy* but now that he’s injured all hell has broken loose. Rosella and Prade (the other DP) are probably preparing a bid as we speak.
*Maybe not as much as Chris though.

Pazzini: Ok so he scored 3 goals in Wembley stadium, hailed as Luca Toni’s replacement and likes to poke his eyes while celebrating goals. But common.! I’m guessing he would be too expensive anyways. Add that to the fact he ain’t no Klaas-Jan Huntelaar.

Speaking of KJH, Reportedly Daniele Baldini, Roman emissary extraordinaire went to Amsterdam recently, and it wasn’t only to enjoy the world class ganja, but also to start negotiations/talks with Ajax.

Alberto Faccini, a sort of Ernesto Bronzetti but for Holland, has confirmed that Roma are among 758 English teams in the hunt for the hunter’s services. Faccini seems to think Roma have a good chance nonetheless and has confirmed that there has been concrete contacts between Amsterdam and Rome. 20 Million Euros is the minimum bid to start negotiations.

KJH isn’t the only Ajax player on the Roma radar. It’s no secret that dreaded Urby Emanuelson has also received roman flowers from trigoria. The young, explosive Left Back is one of the players being considered as Tonetto’s replacement (not Vice-Tonetto, New and Improved Tonetto) The kid ‘s worth about 12 Million Euros but it’d be great to see him an Cicinho running up and down the flanks at blazing speed. 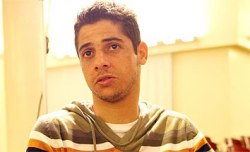 Ya okay ! and Claudio Lotito is going to purchase Roma any minute now. Did you see Cici (pronounced ; See-see (like the Texan version of Sissy but with a Portuguese/Spanish/Italian twist) kiss that jersey ? D’you see Bruno Conti ? )

His agent had reiterated his desire to stay in the Eternal city even before his wonderful display against Florence. The Real Madrid start is questionable, but the only reason he saw no pitch time at all was because of Juan’s contusion. Or else he would have been speeding threw the Madrid Flank.

Plus Spal said Cici never asked to leave, I’ll keep Cicinho in Roma myself if I have to.

Maybe this has something to do with Valeri Bojinov’s recent comments about wanting to play for Roma someday. Dude, you were once a Juventino!

What is this Amauri for Alessio Cerci, Stefano Okaka Chuka + 15 M$ Euros bogusness?

What are you freakin’ crazy? Okaka Chuka will be better than Amauri in less than 3 years! Even Rosella isn’t that stupid, even she can resist the fact that Amauri has been recently injured. No way in hell would Roma sacrifice money + the future. It’s either or Zampa.

Zamparini has been denying everything anyways saying how only Aquilani and Vucinic really interest him. I know the hype machine has been running hard on Amauri, I mean his agents deserves a Degree Honoris Causa just for getting the bidding this high already. Amauri’s good, enough so that even some members of the Italian media are wondering if he shouldn’t be selected for the Azzurri. But please, this guy hasn’t played a 50 games for Palermo that he’s already considered a Luca Toni 2.0 ? Let’s calm down here. Although seeing Totti alongside Amauri would be exciting, we already have more than enough Brazilians on the squad and I’d much prefer we go after Mario Gomez and his 23 years of age. (Please don’t crucify me but I’d prefer to see Gilardino over Amauri, purely as an Azzurri fan. I think Roma, Spalletti, DDR and Totti would work wonders for the ex-Parma player’s career. Albert’s a real Centravanti, we can’t deny he has talent and if Spal managed to turn around Perrotta’s career imagine what he could do with AG. Forza Italia!) 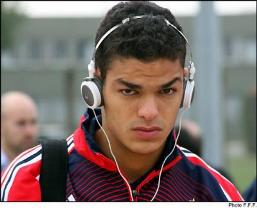 Speaking of French targets, It seems as though Roma have joined the race with Barcellona, Manchester United and Tottenham to secure the young French International’s services. Hatem Ben Arfa won’t come cheap and I think this is only Roma backing their Asses in the highly unlikely possibility of seeing Mancini leave. We know Lyon is more than just interested.

If all hell breaks loose in the contract negotiations between Roma and strong>Mancini, and I doubt it will because of…well… Sara Varone, Only at that time does the Ben Arfa situation become slightly more plausible. Altough Ben Arfa will be huge one day, just ask Inara

How about some defenders now?

Roma are scouting another young Frenchman ; Habib Bellaid. The 22 year old CB from Strasbourg has a contract that runs all the way to 2011, but that hasn’t stopped Roma’s interest. The French U21 player is makin’ about 400 000 a year in France, which’s exactly in Roma’s budget. Let’s hope ex-teammate Ricardo Faty can help broker the deal if ever it’s needed.

Yeah! I heard that and i hope we get it done as quickly as possible

Domizzi would be happy about this?

Of course! Without a shadow of a doubt my friend, Maurizio is a Roman. Ok so he played his youth soccer (very young) with Lazio. But Maurizio has always been a Roman Romanista at heart. He would love playing here

Domizzi’s ready for the big time ?

Of course, he’s an excellent defender , one of the best in Italy at the moment. For me, he has shown that he deserves to play for a big team

How much is he worth:

I think between 4 & 5 Million Euros

Domizzi: Now that’s what I’m talking about! Ciao Ciao Ferrari. I love Domizzi’s Grinta and think he would be an decent (if he comes cheap) Back up as CB and a good mentor for Andreolli,Freddi and the other kids. This guy’s a bulldog. He’s a Gennaro Gattuso dressed in torn jeans and a leather jacket, with a switch blade between his teeth

How much do you think those 2 romanian kids cost?

Browsing through the latest Roman Financial reports I found this :

Sebastian MLADEN and Alex Daniel PENA from the Scoala de Fotbal Gica Popescu Craiova cost exactly 516 Euros a piece. Now that’s what I call a good deal ! We also made 350 000 Euros with the sale of Alessandro Tulli to Lecce.

Finally, I’d like to say a big screw you to PriceWaterhousecoopers and all their French Oscar love, Roma will not be sold dickwats !

All of this wouldn’t have been possible withoutto Romanews.it and it’s almost stalkerish, yet extraordinaire AS Roma coverage. Thank You Romanews!