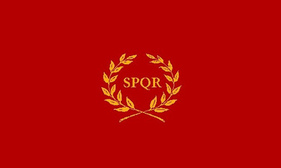 I was planning on responding to a comment, but it got a bit longer. And since this took up a small chunk of time that I was going to use to work on the season review, I'm just going to post this and be done with it.

To the person who can bring me a crystal ball and show me the Sensi family poor and destitute, shuffling Roma from Serie C2 to Serie C1 in the next three years because they know their EXACT financial situation and can provide actual documents, I'll start to buy into selling the soul of Roma. I don't think there's anyone here with that type of inside info, so speculating on their financial future is useless.

The values of Roma that drew me in were of a team marked by Roman talent, Roman ownership, Roman passion and the fact that every win meant so much - in part because they weren't expected. They became the plucky little engine that could. They weren't Juventus or Milan or Inter. They weren't headed by the deepest of pockets. What they bought had to matter. They had to be smart and cunning. The one time they did buy a scudetto it put the club into ruins. They had to sell everything they had, even their goddamn souls, for a scudetto. Every win really, truly meant something and the losses, the second place finishes are what make every win so damn special. A major part of what makes this fanbase so special is they're not supposed to win. But they do. I'm not sure people truly understand that. In fact, I know it.

Everything I've ever known Romanisti to hate resides in Torino and Milan, more recently in the British Isles. Now Roma is about to become them, and suddenly we're happy about this? This club was always better than that. This club was built on more than championships and banknotes and finding the highest dollar, perhaps seeing how much it can squeeze out of the loyal and, now hopefully, bandwagon tifosi. It was built on belief, not on expectations. No more.

Daniele De Rossi said last summer that he won't leave Rome because there are more important things than trophies and money - and yes, he specifically said trophies. Those things are winning for Rome, by Rome, with Roma. I wonder why the fans can't share the same sentiments of the players we follow so passionately, so blindly. Now, they'll be winning for the almighty buck, euro, yen, whatever it may be. The next trophy. They'll be winning to become the next Manchester United, the next Juventus, the next Inter, the next Milan. The next powerhouse. The next brand. So many people decried how Manchester United bought their squad, but now it's going to be okay because of unlimited resources? How easily people are tempted.

The question which still gives me nightmares is: Would Soros, or whomever is in charge, have made a second thought about pulling the plug on Totti back in 1997 when he was on his way to Sampdoria? Why, when they so easily could've used the resources from a new stadium or the latest batch of Nike shirts to buy a world class, ready made replacement, would they have taken a chance on a potential wonderkid, when they had a sure thing, ready made for the big time one check away. The talent evaluators had signed off, but the Roman in the president's seat couldn't do it. Perhaps because he knew what being a Roman at Roma meant, and maybe his daughter learned a little bit of the same watching him run the club closely. No one answered my question the first time around, maybe because it's too frightening a scenario.

The football might improve, it might not. With money, large money, comes ego. With ego comes chemistry issues. Perhaps this was a part of the design all along, eh? Spalletti is, as we've heard so many times, a chemistry first person. Roma has such fantastic chemistry, what's to say we won't see another Capello situation once people start to become full of themselves. Has anybody thought that perhaps that's a reason Chivu was sold? It's not as easy to build a professional team as people may think, and it's even harder to buy a team and watch it succeed.

They've built something beautiful. Something beautifully self-sufficient here. A club that doesn't need top money to succeed, that only needs players who can, quite simply, play for the good of the club. A club that makes the most of everything it has by the power of the city it's built on. In a year marked by obvious bias of some sort, they came within three points of the title. Anyone who believes they're so far away needs only to look back on this season to be proven they're not.

A good chunk of the things which make this club special are about to be lost. They'll become the first Italian club to sell out. The feel-good hometown company making handmade, high quality goods is about to be bought out by WalMart. To become the next big brand on the world market. Congratulations, we're about to become everything we hate.

And that's it. I'm not saying another word about the takeover until something happens. Not responding. Not answering questions. Nothing. It honestly makes me sick. I put a lot in over the last year only to watch this happen, watch it take over something I actually did a bit of work to build, and it's killing me daily. Obviously I care too much.