Share All sharing options for: Roma Lives Too, Damnit 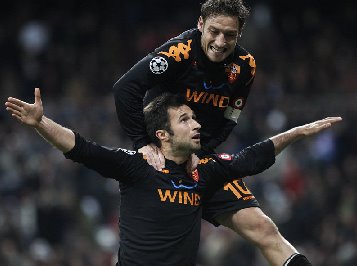 First of all, apologies for abandoning this here space. As you may or may not know Roberto Donadoni is fucking with my sanity the European Championships are happening. And if you didn't get the memo about the Euros....you lucky bastard.

I'm out of the Roman loop at the moment. I find myself checking news every couple of hours before forgetting it immediately thereafter because Donadoni makes some ridiculous comment to the press. Caught up today.

Simple. Two rumors. One in the press, one elsewhere.

Who loves South Americans? Inter, that's who. So they saw the Brazilian For Sale sign outfront and came in to make an offer on the place. 4 bed rooms, 3 baths, guest house, high quality architecture, beautiful view of the Mediterranean - though the plumping and wiring could use substantial work - what does Inter offer? €10,000 €9,972 (last minute change). Roma retorts with "market value". Inter baboons shake heads furiously. They've never heard of such a term. "Market value?", they say. "Is this when we pay twice as much as we think we should". "Si", says Daniele Prade. Bruno Conti pipes in from the back "No, twice plus half of Andreolli and 3/4 Suazo". Inter baboons jump on table, start throwing paper and flailing arms. In the ruckus, Rosella is awoken from her tanning bed. She enters conference room and says:

Truth? Get ready for Mancinigate. Rosella is stubborn and Inter's idea of player valuation is to illegally tap up the player's agent or the player himself. Thank christ for the Euros.

Wait. Shit. Forget I said that.

I assume a good percentage of people are watching the Euros in some way or another: TV, illegal streaming, highlight shows, sneaking out of work to a bar and getting plastered before heading up the 4pm presentation smelling like Charlie Sheen, etc. If you missed the CCCP - Espana game yesterday, you missed a show. One was from the Spanish front line, which made runs through Mother Russia's back line like it was training. David Villa can finish a bit. The other guy who impressed much? Ex - and hopefully soon to be future again - Roma target Yuri Zhirkov of...wait for it....Russia. (Who knew?)

Yuri was playing at left back, even though he typically plays as a left wing, because Guus was short on capable defenders, which became quite obvious after David Villa cherry picked number three. But damn, Yuri was on show. Penetrating runs from deep, skillful ball work, nearly unmatched pace...it really was something to watch. Was liveblogging the game for the Euros site so it's obviously difficult to be truly accurate on these things, but every time there was a streaking blur on the screen it was Zhirkov, surging forward from his LB spot.

Didn't see enough of his defensive work to know if it's a feasible position for him in calcio, but he is one hell of a left winger. Supreme skill set on this kid and appeared to know what to do with it. Will take a wild guess and say Spal was watching. I'd enjoy a rebirth of that Zhirkov to Roma rumor....

Nuggets As We Await Nothingness

II) Sidney Govou is concentrating on not playing at the Euros, so he's unable to give any indications to a potential Roma move.

I'd rather keep Mancini and let him see out his contract. That's all. I'm slamming the door on that move. You hear that, Mama Rosella? 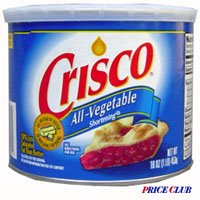 * - I just figured if I put up a pic of Rosella's sun tan lotion, SPF Crisco, it'd eventually wind up in her google images and thus she'd know not to buy Govou.

III) I considered whether or not if, were I in the position, I'd offer up TGIP's services to save La Nazionale. I decided yes, but I'd prefer they asked Lippi or Carletto first. Or if Carletto would leave Milan for Roma I could survive.

IV) Drogba's agent, or one of them, thinks that Padidlier would go bananas being spoonfed by the Spoonman himself, Signor Totti. Well no shit. World class striker being served on a silver platter encrusted with diamonds being held sea nymphs heeding Francesco's instructions? Duh.

Didier would also go bananas when he saw the salary cap.

V) Freddie Ljungberg tweaked something during the game yesterday, wound up being tended to by the Swedish team medics and all I could think was "hey, he just signed his Roma contract".

VI) Whenever Roma's mercato gets you down, you can always look across town and perk up.

At the end of the day, one thing is always good for a smile: at least you're not a Lazie.