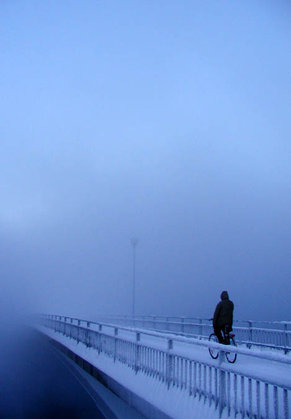 Perhaps the most boring day ever in terms of footballing news. On the European front the big news is that Frank Lampard may or may not go to Inter, while Emmanuel Adebayor or Ronaldinho could go to Milan. Or not. Awesome. And goal.com "exclusively" broke the deal of Aleksandr Hleb to Barcelona. Sign of desperate times indeed.

The Roman front hasn't been much different. Actually, scratch that: Keivan "I'm the next Luca @#$%ing Toni" Zarineh is on his way out the door. Party time! Six games - that's games, not goals - in Serie C1 and he's the fuck outta here. Good good. So now he's at Siena and, considering he couldn't get off the pine for Cisco Roma, will likely be either loaned out to another sucker or riding the pine before he surfaces in the Eccellenza or San Marino next year.

Just agent speak, which is code for bullshit, but we'll run with it anyway.

Paraphrasing: "Thiago dreams of playing in Italy [Ed note: who doesn't?], and would sacrifice his left testicle to play for Roma so get on the fuckin' horn, Prade, before we settle for a lesser destination like Manchester Poonited. 12m. Make it happen."

I have a feeling the longer this kid is on the market the more the hype machine is going to take over. That doesn't mean anything, just a thought. Those happen occasionally.

What's funny about Thiago is that at 23, he's just a one year wonder at the moment. Yeah, he's got the Brazilian golden ball and the rich, handsome suitors awaiting his hand in marriage, but before this past year he was hangin' out in Japan's second division. Again: J-League 2. Two. Now, after just one year with Fluminese, he's officially The Guy. Kind of reminds me of Fabio Quagliarella before last year. Which wouldn't exactly be a terrible thing.

Obviously the kid is talented and with the likes of ManU, Arsenal, Milan and Roma tracking him, the "one year wonder" label isn't a huge worry, but it's still interesting. After all, Brazilian phenoms start the transatlantic journey after the first whisker pops above their upper lip.

The day Mutu speaks to the press on his contract status, you can properly assess this rumor. Til then, twiddle your thumbs as usual. Mildly Interesting Stuff. Or Not At All.

I) TGIP said he thinks Mutu is a nice player with some nice attributes, but what he really said was "Gimme some Mutu NOW goddamnit!". Rumor has it Spal has been standing in the mirror since mid-June perfecting his form to give Adrian the ass slap of all ass slaps once the bitchy Romanian finally shows up at Trigoria. Things gonna be a beaut. If not that perfect form will go across Adrian Pit's face.

I still cannot see it whatsoever. This is a guy who would've been a backup for Russia had Pavel Pogrebnyak not pulled up lame before the Euros, and whose place on the team wasn't even assured until he hit up 1-800-Jenny-Craig. Yes, he had a very good tournament, but his finishing left something to be desired at times (HELLO - Roma here) and how often do you hear about one tournament wonders, particularly at his age, who come back down to life on the domestic scene. Not that big club scouts will ever learn.

Unless Spartak comes down significantly, which is unlikely considering they can just have a couple of handymen from East Moscow sweet talk him into staying in town unless the offer is premier, just can't see it happening.

III) Daniel Unal, who was only on loan to the Primavera, has signed a deal with Basel in Switzerland. No more Swiss Miss in the Primavera.

No big loss if Alberto De Rossi and the suits decided he wasn't Roma material. If they allowed Daniele Galloppa to seek playing time for Siena, they've damn well got to let him go; and a kid who signs for a Swiss club isn't exactly anything to cry over. (Much love to Switzerland.)

Plus they've got a couple decent young central mids in the stable. What are their names again? Oh yeah: Daniele De Rossi and Alberto Aquilani.

IV) Racing Santander would now like them some iTunes and, oh, I don't really care where he ends up right now. How's that?

(Lecce has a deal in place to loan him supposedly as well, but Antunes wants back on the Iberian peninsula. Blah.)

Is it September yet?