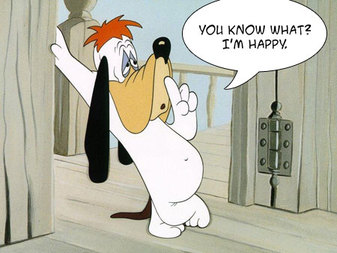 Now that Project Mutu is on life support - it'll be over when he actually inks the contract, til then there is much that could change - it's time to look around for plans B through Q. David Silva and Florent Malouda have been mentioned, but they look about as likely as Simone Perrotta netting this year's capocannoniere. So where do you go for quality talent dying to move on and play with the big boys? France, of course.

Jeremy Menez has been Next for what seems like eons now. One of 875,219 second comings of Zinedine Zidane - back when ZZ was still known for his talent, not headbutting Italians - he's still only 21 and still got boatloads of talent, with a look on his face that screams "where's my bong?". His trickeration on the wing reminds of that greasy hairball from Chanmester, but get this: he's actually know for passing to his teammates. As skillful as he is on the ball, he's still considered something of a winged playmaker, kinda like that Mutu guy - plus Menez can finish like a striker...in France, it must be said. So it would make sense that with Adrian being locked in the house by the purple ownership (How embarrassing for everyone involved in Firenze, eh? Yeah, Mutu really wants to be there.), an alternative would be a younger, more unpolished version. Logic? Where the hell did that come from?

Now, before we go any further, it took me all of 14 seconds to be sold on the kid and I gather the everyone else here will feel the same.

Kid kind of reminds me of Ricardo Quaresma for the simple fact that YouTube was invented to become their playground. A highlight reel waiting to happen and, as a bit of an added bonus, it actually amounts in a solid amount of productivity. 17 goals over two years in Ligue 1 ain't terrible, especially when some of them are supreme quality finished with ice cold boots.

The question, of course, becomes whether or not Ligue 1 form can translate to Serie A form yesterday, rather than in two years time. It's pretty hard to deny he's going to be a star at some point, because he's just got an absurd array of skills, pace and footballing IQ - even if he's a bit too cheeky at times and he's surely got some maturing to do (comes with the territory). But The Grand Imperial Poobah needs his man now, hence the boffo offer for Mutu.

The finances, once again, are a guessing game. Some less than reputable outfits claim Monaco wants at least €15m, others say they'll settle for €10m. Chances are the former simply because his ceiling is absurdly high (Sir Alex is smitten, supposedly).

Like to see a bit more of a link here, especially if Prade can work some magic and get a reasonable price.

Bought from Celta Vigo by Monaco (apparently Prade decided to do more than just luxury item shopping while on holiday in the principality) for a solid 6m last summer, he's a Brazilian midfielder who has a Spanish passport and looks like he could use a sandwich. Bout it.

Seems like the type of guy who is way, way down the list. We'll revisit this one if nothing resurfaces, oh, around August 30th.

This one is a bit perplexing simply because, if my memory serves me correctly, Djibs was none too happy as a winger in Liverpool despite being wiiiiiiiiiiiiiiiiiicked fast (fast wingers = good, ffr). So in what position would Mr. Cisse be employed in the eternal city? Wing, of course. Logic would say this eliminates him from contention, but I enter the deal closer: two broken legs in the last 4 years.

Ladies and gentlemen, your newest Giallorosso.

Or not. At this point he seems more like midtable Premiership material, which is where potential flops with obscene pricetags go to either be bought by the big four in one to two years time or, well, flop and wind back up wherever they started. Oh, and would ya look at that, he's being linked to Blackburn, Portsmouth, Fulham, etc. Moving on...

Ibrahim was the Breaking! News! section of Benedetto Sacca's late night column last evening (if you speak Italian and actually have a life which precludes you from stalking Roman rumors during the day like a starved predator, it's a must read catchup piece) as the new jewel of Luciano's eye. Funny, because Fiorentina was sizing him up as a potential Mutu replacement earlier in the summer, at which point Ibrahim's agent essentially said "no soup for you!". Simply because IA is going to cost wheelbarrows and wheelbarrows full of cash after PSV lost two of their studs in Gomes and Jefferson Farfan already this summer (plus the other IA - Ismael Aissati - to Ajax), without really bringing in any major purchases, making another repeat mighty tough.

So basically, the fiscally prudent club will have to "make an offer they can't refuse". Yeah, sounds real likely. Moving on. (And normally agent speakings are taken with a heap of shit, but this one makes logical sense. PSV simply cannot afford to let him go for less than Bill Gates money.)

Ottmar Hitzfeld and Felix Magath should be held for crimes against the universe for allowing such a phenomenal talent to become so nothing on the domestic scene. At one point he went an entire calendar year without scoring in the Bundesliga, scoring just 9 in two seasons, while notching 26 for Germany at a fresh 23. Must be the water in Munich.

Considering his amazing start with Koln that won him his move to Munich and his form with Germany, it's fair to say the problem at Bayern is Bayern, not Lukas. This summer the domestic bust once again lit up the international scene and got certain parts of Europe all hot and bothered again. But the problem is Jurgen Klismann, the new BM coach, doesn't want to give him up - completely understandable considering the successes they had together with Germany.

The new old sure thing/rumor is that Mario Gomez - be still me heart - will be exiting stage Stuttgart for Bayern, thus making Lukas "surplus to requirements". With Podolski already teetering, another striker purchase would surely send him over the edge and into full on Cristiano "Get me the fuck outta here" Ronaldo mode - though for different reasons. Or Roma could just move for Gomez and eliminate the confusion. Yeah, that sounds good.

Of anyone linked PM - Post Mutu - Podolski's easily the sexiest. In fact, il Romanista ran a little alternative to Mutu poll and he absolutely cleaned up:

With all that ridiculous talent, finishing qualities and the ability to play on the left, not to mention that he's a really quiet, down to earth guy who wouldn't be found one morning naked in the back of a clown car with Ronaldo and a hooker whose gender has yet to be determined, it's pretty evident he'd be a massive, massive buy for Roma. Like, near Mutu massive. Not as creative, but if he could finish like he does for Germany, well, I think all would be forgiven. Plus I think Bastian Schweinsteiger comes with him.

And now if any male would like to feel better about his masculinity, Lukas has a song...sung by these guys:

Quiet, efficient, unsexy, German Polish. Just like this rumor. Miroslav won't sell shirts or generate any discussion whatosever (hence the brevity of this section), he'll just show up for work and score goals. I say sure. I also say it's highly unlikely. He and Luca simply played too well together.

I know how absolutely immature this is, but is there anything worse for team morale than this?

RvdV's good, but I think I'd cry were he to show up in Rome. Despite being captain of HSV he's been begging for a transfer through the press, supposedly because he wants to play in Spain, the birthplace of his mother, before saying he'd love to play for Juventus. Funny, because I didn't get the memo Juve moved west. (Not that anyone in the boot would argue. At least some of the stink would be gone.) In short he's a first rate asshole and a mercenary who would want to move on for a bigger paycheck in two years time and more than likely cause another Chivu situation. Rosella & Co. will want to avoid another one of those situations.

I'd just like to say I'd appreciate my summers here not being spent documenting the will-they/won't-they sagas of goddamn Brazilians from goddamn Real Madrid. That is all.

And for those bemoaning the lack of movement in the mercato, at least Roma didn't just upchuck €25m for Robbie Keane. Always a silver lining.

The Order of Want