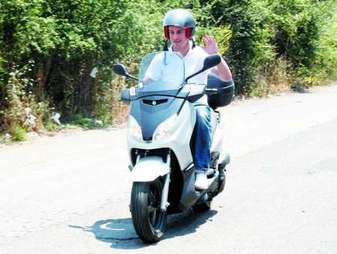 (If you don't think that's the best picture ever, you need to reevaluate your life.)

Maybe it's me, but the last two days have been incredibly slooooooooow across the board for the calcio mercato. Or maybe we just peaked too early here with Chivugate. The best news of the last two days has been, um, that Blackburn wants Matteo Brighi. Oh my. Cold shower time.

I don't even know what to say about this latest nugget so I'm going to jump right in: Fiorentina wants 13m plus Simone Perrotta for the cocaine luvin' Romanian; Roma has now asked for a straight 13m from Inter for the unloved Brazilian .

Both of these things may be true, but I can guarantee they're not related for one reason: Simone Perrotta ain't goin' anywhere. The 4-2-3-1 is built around him, not Totti, and though he's missing that finishing school degree, he's incredibly valuable and pretty high up on the TGIP mancrush list. La viola can fuggetaboutit.

As for the price drop for Mancini? If true, it's also quite simple: nobody wants him. 13m is about 14x what he was worth last year and I still think a dozen mil plus a spaghetti dinner for two is about right. That is, unless someone else comes into the bidding. (Please please please please...we'll throw in enough Xanax to cover the life of his contract.)

But I smell the media making a shit casserole again. (It's Gazzetta's favorite dish.)

Other reports say that Prade and Inter are still struggling over the 13m/15m valuation differential. I'd say that one's more likely and a much bigger improvement over

Who goes to Turkey? Seriously?

That's all I have to say about that.

I) The Nicklas Bendtner rumors were all kinds of juicy until the realization came the agent pimping him wasn't his agent. And in this case, I highly doubt his real agent wasn't fired and Nik simply forgot to drop him a text message. You know, what with his agent being his dad and all. (Nothing will turn Christmas dinner into drunken barbarianism quicker than firing your pops and not telling him.)

So, considering there are a plethora of these posers floating around, is there some type of law against agent identity theft? If not, one should be implemented. As punishment they should be forced to work pro bono for D- caliber players and given a purple nurple by Julio Baptista upon signing the contract.

Wasn't the valuation a firm 12m last week? Seems a lot more realistic. I think mercato in journalism speak translates to "license to make shit up time". Call when something credible comes through.

III) One of these days, Matteo Brighi's future will be known definitively and I'm going to LOVE IT. From the day his loan ended with Chievo until August 31st, we didn't know whether Matteo would be staying or going. Napoli, Reggina, Genoa, yadda, yadda, yadda. Well this summer is no goddamn different. Every single freakin' day Matteo is linked elsewhere.

I like Matteo. I think what he brought to the team last season was nice and wonderful and splendipulous and unicorns and all that sugar coated shit. But he's far - far far - from indispensable, and if British based clubs feel like joining the party...the more the merrier. I can only imagine the board rooms where Premiershit teams come a callin' for sellable players on the continent. I'm sure Rosella pour bubbly all over herself, Prade took his bra off from underneath his shirt and waved it around and Spal hit the communal bong like a champ.

IV) Okaka reportedly has a deal to move to Lecce, either on co-ownership or loan, and it's up to him. Stefano would also love him some Bologna. Serie A playing time. Yeah. Sure. Whatever. Just get him the PT.

V) And onto past players, it appears Crystal Chivu is tying the knot. So, in a mature effort to bury the hatchet, I've bought him a piece of jewelry as he heads off into the land of whatever the hell it is that people do during marriage. Buona fortuna. 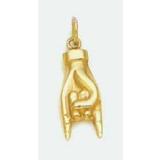