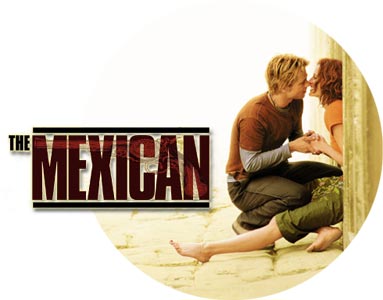 Say you've decided to finally ask a lovely young lass out to an evening of splendor. No expense spared, no luxury too lavish. She is, after all, the catch of a lifetime. Beautiful, intelligent, sweet as a southerners charm - and never with a boyfriend. Some call her The Other Shoe, but you think them to be simply jealous. At your haute cuisine provider of choice, all seems to be moving along marvelously. The lass is a fine date and the jewel of many an eye around the room, making the evening all the more spectacular. Food arrives and the divine seafood risotto almost makes you forget the lass. Almost. At which point - and you know where this is going - the evening takes a slight nosedive. She asks for the ketchup. And not just the ketchup, but specifically "Heinze 57". Knowing full well she's a Republican, this must mean one of two things: she has absolutely no class whatsoever or she's lying to you about her political stances to get you in bed. Both of which are inexcusable (politics are not a joking matter, after all), but you decide to shrug it off. But then she burps. While in the middle of a conversation about her ex-boyfriend. Who was never really her "boyfriend", but just some guy who mysteriously had to sell all his possessions and move to northwest Mongolia within weeks of meeting her. All of which she doesn't understand. And then she says without blinking, "I don't care what you say or do, we'll never not be together" before jumping on the table and firing rolls around the room like a drunken chimpanzee.

This results in you hurdling tables like an Olympic sprinter with zero abandon for physical well-being towards the exit. The other shoe had not dropped, but been fired point blank into the ground from a cannon. That's what Nery Castillo is. He's the other shoe, but not dropped - hurtled down in a fit of fiery rage. He's Cassano, but not nearly as talented and more disruptive on the pitch, not just off. He's a bout of cancer served with a touch of AIDS. He's an athlete destined for a static career of wowing with modest clubs before duping big clubs into making a move despite his character before said character lands him back with a modest club desperate for talent regardless of personality in one or two years time, resuming the cycle. He is, for all intents and purposes, useless.

In fact, were I asked to name five players to never ever, ever ever play for Roma from now until the end of history, I'd put him top three. Which is why this business is epically baffling. Like, more than any other seemingly legitimate rumor I've encountered in my time as a sports fan. I could more easily solve the meaning of life, the Riemann hypothesis or, gasp, women, than I could this.

The problem is Spalletti loves team guys. Not just loves, actually - requires them. After the Cassano debacle, can anybody blame him? And Mancini leaving? You'd be foolhardy to argue against Amantino's attitude playing some part in his dismissal. So with that, where does NC stand?

Castillo had only played in a few games for Shakhtar when in a league match versus FC Naftovyk-Ukrnafta Okhtyrka, Shakhtar won a penalty kick. Castillo refused to give the ball to official penalty kick-taker Cristiano Lucarelli and took the penalty himself, which was saved. Castillo was immediately substituted from the game. Coach Mircea Lucescu commented "What Castillo did, from a professional point of view, I've never seen anything like it before in my whole life. There will be some measures taken against Castillo". He has not played a game for Shakhtar since.

A moment, reportedly one of many throughout his brief career thus far, where Nery whipped out his special pink tutu and embraced his inner princess.

Can you imagine Senor Castillo doing this to Gesu Totti? Actually, another question: Would you like to know why Mauro Esposito was really bought? Because in a moment like this, Mauro would be in the upper deck of the Olimpico with a sniper rifle putting a bullet smack in the middle of Castillo's unibrow.

I don't get it. The only possible explanation which is currently bounding around my little brain right now is that Nery's agent heard the Roma rumors and is using the press to drive up his client's price for Real Betis or whomever else is waiting in the shadows right now. (Cisco Roma, maybe?) Or he could've even planted the rumor himself to stoke the Spanish fire. Plausible? Yeah, sure. Wouldn't be the first time, certainly won't be the last. Possible? I dunno. What I do know is this makes absolutely no sense and my head hurts now, so you'll have to decide amongst yourselves.

Here's what I - via Wikipedia - have to say about this rumor:

There are a number of footballers nicknamed Edu, including, but not limited to:

Fucking number yourselves or something, because whenever I see "Roma vuole Edu" in a headline I have a seizure.

Edu, whichever one he is, seems to be way down the list of Brazilians who are good, though not that good, but who Roma will only settle for in the event that they miss the top targets. Co-chairing that board are Nene and Thiago Neves. That is all for now.

* - And right before I was about to post this, I eyed this little nugget from the front page: Edu is out for a month with a hamstring issue. So feel free to knock this guy off the list. Or bump him up.

Speaking of seizures, everybody see this little nugget?

Ten? Really? And now begins the first ever Roma Offside Mercato Collection Drive. We can scratch up ten mil, right?

Moussa Dembele has been tearing up the Olympics (apparently) and has thus put himself on the radar of a number of clubs, Roma supposedly being one of them.

Kid doesn't even have a YouTube compilation. What fucking good is he? Moving on.

(Somebody should do a study of the number of transfer rumors during tournaments and weigh them against normal time. I'll go ahead and guess they shoot up during those tourneys.)

And he brought a WAG.