Beast, Swift Nigerians & The Next Zidane #∞.7

Share All sharing options for: Beast, Swift Nigerians & The Next Zidane #∞.7 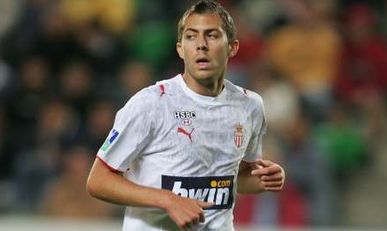 Too woozy, in fact. Will figure the rest out in the preview.

It's cause for celebration and anticipation when the hierarchy puts in a phone call, much less the day after Il Presidente's funeral. So even though it's obviously time to kick matters into a gear above top gear, it's still wonderful to hear that they've actually been putting in phone calls to Monaco and Jeremy Menez's agent because, if you didn't know, kid's insane. Wicked insane.

I'd even go so far as to say he'd be the most talented player to join Roma since one youngster put forth by the dark streets of Bari way back in 2001. Not the best because he's still got a ways to go, but he's an absolutely immense talent waiting to be harnessed and unleashed on the world. Just no clue how long it'll take to harness said talent, which is why he's still hanging out in the principality.

Which means all this talk is wonderful...

Agent: "Roma called us yesterday and asked about the player. Menez could go to Roma, but first I must talk to the President of Monaco and also to Giallorossi club. Only then can we decide.

“I think that in the next three to four days there could be an important approach and this is also facilitated by the fact that the player would like to go to Roma.”

Menez: “I know Roma watched me against Nantes. They have already approached my agent and I am just waiting to see how the situation develops. Roma are one of the best sides in Europe. It gives me a great deal of pleasure [that they are interested].”

....but it's just talk. For now. Best guess is they want to get something done very, very soon with the beginning of the season creeping up slowly. Whatever the case, I suspect if you watch the Monaco - Caen game on Saturday (scouting for the offside, of course) you'll see some familiar faces in the stands. And if you also see Menez in the stands.......

I can't watch Victor Obinna without thinking of Obafemi Martins. I'm just not capable of doing otherwise. Something about speedy Nigerian strikers that makes me think they're all one in the same. Kind of like Korean shuttlecock polishers.

All I can say is I look at this deal - that Alvarez and/or Espo will go in the other direction - and think, "nobody can be that stupid". Obinna is probably Chievo's best talent and they're going to swap him for a wing platoon that's done neither jack nor shit over the past two years in Serie A? Nay. Not unless we're talking substantial scrilla moving north from the capital. Oh, and Inter reportedly has first refusal on his transfer.

So, uh, yeah. Wouldn't hold your breath on this one.

I) There has been absolutely no contact for Marco Borriello, his std emitting WAG, David Di Michele, or Mark Bresciano. Wake me up when something doesn't not happen.

II) So if you google "Saviola", his Real Madrid official "player" (using that term loosely) page comes up with an excerpt one cannot ignore. Went into the page and found that, wow, Real Madrid decided to hire cheesy romance novel writers to do its player profiles:


The striker has a killer goal-scoring instinct. Short-statured with an angelic face, Saviola is a devil when he gets hold of the ball in his opponent's box. It’s at that moment that the ‘Rabbit’ turns into a true predator capable of destroying any defender with his speed and first stride, both of which have earned him comparisons to legendary Brazilian forward Romario.

III) Chievo is yet another potential destination for Marco "I'm Not Dead" Andreolli. Yay.

IV) RomaNews seems to think the lineup for Sunday will look something like this:

I seem to think that's a load of bullshit. Aquilani on the wing? Nevah.

V) Speaking of bullshit, Juve fans are so desperate to get their hands on one Alberto Aquilani they've launched an online petition to get the hierarchy to continue the embarrassing, inevitably futile attempts.

For some reason Firefox wouldn't let me in to the club, but here's the URL so you can laugh for me:

VI) Julio Cesar has dubbed Totti the player he fears most.

Well no shit, who else would it be?

VII) And, strange as it may be, the very next post - unless something major happens - will be a real, honest to Buddha game preview. Oh glory be, glory be.