SuperCoppa: One More Time Against....

Share All sharing options for: SuperCoppa: One More Time Against.... 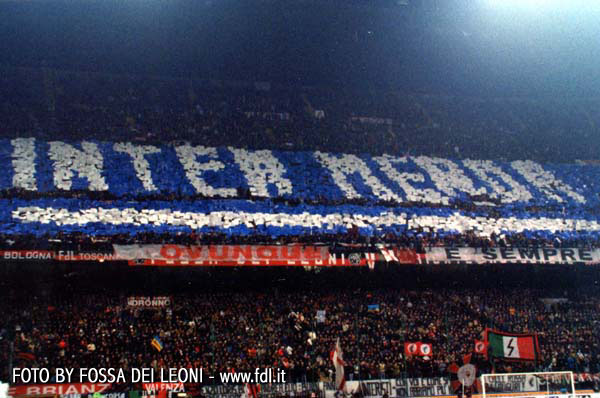 It's been a long and tumultuous few months without out fair Giallorossi, but the time has come for what it's all about: the football.

Without going into too much detail, last season was pretty much a sham. The boys proved their point in the Coppa Italia final - sans Francesco, of course, so imagine what it would've been like with him - but watching the men in black essentially gift a scudetto to Milan still stung quite a bit. So more than winning the SuperCoppa, this game will be a launching pad into a Serie A season where they, and I suppose everyone else, will prove that last year was a bunch of bullshit. But a win would do quite nicely in reaffirming matters.

As far as the present and near future go, this game is so unique because we have really no idea how things will play out. Last year we knew that Roberto Mancini's tactics would be rubbish and that if Roma could just break through the team bus-cum-Zlatan, it was in the bag. Now we await the debut of The Mediocre One who will probably.....employ a team bus which hoofs long balls up to Drogba Zlatan. (A master of deceit, that Jose.) So more of the same, I guess, but we'll just have to wait and see what yawner they unleash.

For Roma, the uncertainties will be relatively abundant. The best player and captain will be sitting on the bench - effectively changing tactics, gameplan, droolfactor, etc. - with his spot will be taken by the summer's biggest signing who has been in Rome for less than a week and yet to even play in a scrimmage of a friendly. And in this system so reliant upon wingers, they've got like one worthy true winger making the trip up north. The rest are either makeshift duct tape editions or in the process of being deemed surpluses of shittiness. Safe to say the way this lineup looks and plays will probably be nothing close to how we'll see it in even the second week of September. This is, in effect, a time to throw the spaghetti against the wall and see how much sticks.

But more than matters on the pitch, this has been a very difficult week off. Francesco may be the face of the organization to the public, but to the players it was Franco Sensi. He signed many of them, and for those that grew up with the club - Totti, De Rossi, Aquilani, Okaka, etc. - he was anything but a boss. This is a family and he was the patriarch, a man above his position. No doubt they'll play with twelve, but the physically present eleven will be doing so with very heavy hearts.

And then there was tragedy suffered in Daniele De Rossi's extended family. How on earth he was able to attend two funerals in one week and play a game for his country mere hours after the second - and play exceptionally well at that - I struggle to comprehend. Yes, it's what Franco would have wanted, but there are extenuating circumstances and then there are weeks of pure tragedy which would be enough to dash anyone's spirit. The moment he steps into the stadium will be enough for me, regardless of how he performs. Actually, I think the same goes for the rest of the team, considering how close many in this group are. Under other circumstances things would be different, but it will just be great to see them play regardless of the outcome.

That said.....Roma is the better team. You can't judge quality on money spent, you can only judge it on play, and over the last two years this team under Spalletti has done nothing but grow and improve. Expect more of the same.

If this quote is any indication....

“It’s positive that the lad is so eager to get back on the field, but in my view right now he is unable to truly contribute to the team.”

....we won't be seeing him. Undoubtedly disappointing, but a move which may prove to be smartest in the end. There is no use risking Totti's entire season for one game. He is, quite obviously, too important. So if he plays, wonderful; if he doesn't....more sleepless nights of anticipation.

I think I've grown fonder of Mancini since he moved to Inter - mostly because I don't have to worry about him sucking ass for Roma two out of every three Sundays and he's nothing like Chivu - and this only helps:

“I have respect for Roma, so I really doubt I would celebrate if I scored."

I think he's got a good heart and his intentions in the right place, I just think he's a complete flake who could use some counseling and heavy psychotropics. So I wish him well. In training.

Never a dull day in Romaland, is it. It appears Spal handed out the first team jerseys for the SuperCoppa on Friday and upon Cicinho finding his hands empty, he threw a little hissy fit. So he'll be watching the game from home in what can be considered nothing else but a "timeout". Oh good. Let's start the year off with preschool punishments.

And frankly, if I'm Cicinho, I'm shutting my yapper because the other two potential RBs (I haven't the slightest what lineup will be launched, but I suspect it might be both) have been playing against Mancini in training for at least the last two years - Grumpy Old Man River since he arrived. So they were privy to his tendencies and weaknesses in training before the year he sucked ass, which is when Cicinho arrived. Plus they're both, if only slightly in the case of Mark Cass, a bit more defensively inclined. Just think a bit.

This isn't really worrying. The only worry is that it doesn't take a brain surgeon to figure these things out. Appears Roma can't rid itself of emotional and irrational Brazilians. Wonderful.

A bunch of South Americans and Zlatan.

Totti: Been there done that.

Taddei: Thigh matter, I believe, which rules him out. Not a good start after picking up a few niggling injuries last year.

Zlatan: He's been hurt and it appears he's roughly in the same boat as Francesco. Which is very, very, very good news.

Anybody have a coin?

I don't even know if it's worth guessing at this point. We'll just see shortly before the game. I'd be very surprised to see Aquilani or Pizarro on the bench, but I'd be just as shocked to see KA on the wing (and lord knows Pizaman can't play anywhere but next to DDR). Big ol' shrug of the shoulders.

Roma v Inter's Back Four: Please tell me, kind people, what combination of four callups you fear most in a standard back line:

You might as well put Beppe Grillo and Mr. Magoo in central defense.

(Speaking of Beppe, did he ever tackle last year's scudetto?)

The Grand Imperial Poobah v The Mediocre One: Not sure if you've noticed, but I'm of the impression Jose Mourinho is the single most overrated coach in the world - and I'm far from alone. Given a world beating team and a bottomless bank account, he couldn't do in Europe what Avram F@#$ing Grant did in like six months (also see Porto's opponents in that Champions League run). In fact, were it not for Mourinho last year, Chelsea probably would've won the EPL. His players love him, yes, but his tactics are shit (went with the running theme at Inter, I see) and his only true answer was pray his big money signings could get it done for him.

And then there's Spalletti. No need to say anything more there.

This game is not a time for direct comparison given the circumstances and the fact that Roma's mercato is far from over, but this one should be interesting nonetheless.

Totti v Zlatan: Both may play. Or both may spend the entire duration in warmups. But these two will be the two most impacting players within the San Siro tomorrow evening. Logic says both will start on the bench, and if one or both comes on, they can completely turn the game on its head. 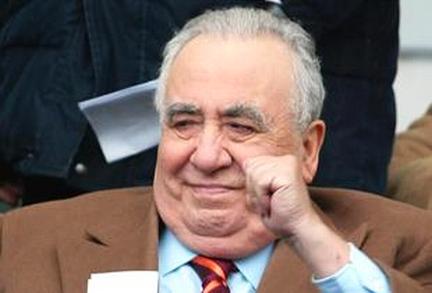