Filler While The Media Makes Up More Rumors

Share All sharing options for: Filler While The Media Makes Up More Rumors 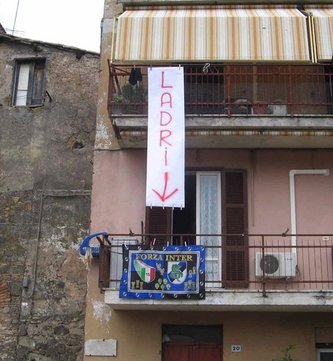 Just in case there was any confusion.

Feel free to now add Yossi Benayoun to the regurgitated agent quote as the press attempts to break the record for most names linked to one club over the span of one summer:

"My client, [Insert target which is potentially media bullshit here], would be very open to a move to the Giallorossi. It is a great squad with a great tactician and [Insert client's name here] would cut off 1.5 testicles to play with Totti. However, there hasn’t been any contact between [Insert said player's club] and Roma. Our lines are open and we await their call, but until then my client is a [Insert club name here] player and he is happy to remain. Also, Rosella is sexy."

Yossi Benayoun? Really? I bet the phone call from Rafa went something like this:

"Hey Rosy, how goes it? Good good. I don't know if you heard, but in order to buy anymore overpriced, undertalented Brits, we've got to sell some people and, well, I saw that you guys were looking for an attacker. So, I was thinkin'......please please please buy Yossi. For the love of god just give me some extra scratch. Something, anything. You can have him for 500 and one of De Rossi's unwashed jock straps. That's all. No? Come on. Fine. See if I ever give you a ginger Norwegian again."

Remember when Roma was looking at Craig Bellamy? Yeah, British press. Or Italian press. Or just the press.

But as a plus, in the midst of research the name "Yossi" produced a Brokeback Mountain-esque movie about man love in the Israeli military called Yossi & Jagger. So if you like that sort of thing - basically if your root for Lazio and/or Inter and/or enjoy Zack Braff movies - you're welcome.

First is Djibs Cisse, which makes sense. It'd be like Liverpool all over again for him, and no one wants that. Simple cut and dried.

Next is Samuel Eto'o, who was in fact checked out by the brass at some point this summer. Rumor is Papa Eto'o is asking for an absolutely insane paycheck and I tend to believe it. Spalletti made it clear he's too expensive, and though what TGIP says is often said with intent, this one seems just that.

And while Eto'o isn't coming, it shows that the club isn't fucking around, and they might just have more money than we think.

"We are looking for someone very physical who can play as a wide striker. Everyone likes David Silva, but he is too expensive. Lukas Podolski is an excellent player, but would not fit into our style of play.

"Florent Malouda and Julio Baptista would be good choices, but their future depends on how other transfer deals go."

Remember a few weeks ago when Spal effectively ruled out Baptista because they're all set in the midfield? Well this is an about turn. Or maybe he's just offering up other alternatives because someone else is jacking the price up a bit too high. Valencia, maybe?

Though Maloudacris is sounding a bit more realistic each and every time either Robinho or Crissy Ronaldo opens their mouths to demand a new, audacious contract from someone other than their current employer. Now, as though the press needed a push, they've got this little winger musical chairs thing going on which is going to, supposedly, go a little something like this:

Robinho plus a lifetime supply of condoms to Chelsea

Maloudacris and lots of Valium for me to Roma.

And then everyone is happy. The problem is, of course, will Chanmester allow CR3.5 to exit stage Madrid? The smart money says not this summer, which makes it a bit more unlikely Real will allow Robinho to leave for Chelsea unless he throws a Chivu-esque fit.

Also, Wesley Sneijder was just ruled out for 3-6 months. Not sure what, if anything, that means for Malouda, but it'll probably change Madrid's mercato strategy a bit, including anything which may happen with The Beast.

But for now, this just serves as more of a reason why we shouldn't want Malouda:

If he's that accurate he should've planted it off that guy's face for the sake of comedy. Come on.

0-0, nothing more to report. Little 40 second highlight clip here which shows Vuci looking lively and Montella missing a sitter that would even have Marco Borriello blushing.

I) Nobody - not a one - has made a bid for Klaas Jan Huntelaar yet.

II) The Undead One, Marco Andreolli, will likely go on loan to Rimini where he can injure himself again in his first game. Ooooooh. Aaaaaah.

III) Juan Manuel Vargas has said that the only squads superior to Fiorentina right now are Inter and Milan.

Well at least this clears up why Roma decided on the red-headed stepchild instead: intelligence.

IV) Claudio Della Penna looks to be headed out on loan to Pistoiese in C1. Exciting times.

“For the moment David has a contract with Inter for the next three years,” said agent Giovanni Branchini.

“However, I am not going to close the door on Roma.”

Let another week of madness commence.