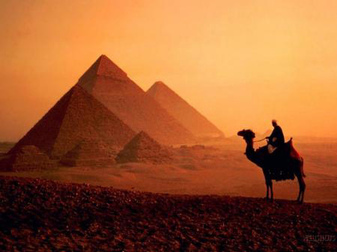 Continually forget to look at the friendly schedule and these damn games keep sneaking up on me. And tomorrow yet another one has popped, this one in Egypt with perennial champion, Al-Ahly. So that's nice.

I'd probably get a lot more excited about these if they were being streamed or shown anywhere but the Roma Channel, which unfortunately is not a part of Comcast's gold/silver/whatever the hell it is package. And yet I have like four religious channels in Spanish. Yeah, brilliant use of my channel allotment.

Fact is, it's a friendly I can't watch and Jesus won't be playing so therefore...nothin'. However, I did get an email a few days back from Mostafa who is from Egypt and had some interesting info to pass along. Al-Ahly has an insane fan base - I've seen estimates of 60 million in Egypt alone, which is nearly unbelievable for a nation of 75 mil - and they've got a lot of important people behind them. So, when things are rough in Egypt (as they are), the government will sometimes bribe the refs to up the morale a bit (not sure if they wave it around arrogantly or it's just assumed). Their last opponents had a penalty taken back, a perfectly legit goal discounted and an insane number of undeserved cards. And considering they never host a team of Roma's caliber.....well, you see where this is going.

So basically this is going to be like a league game against Inter. Fun.

Francesco's going for the kushari. Keep those hopes on ground level.

And again, no streams, but just in case here's the link.

Every day it's a new batch of nothing. Someone asks Spalletti about one of the 3.7 billion targets linked thus far this summer and he always replies cordially "great player, we need a couple players to complete la rosa". Nice. Dandy. Unsexy. But now is the time when pricetags drop and loans become more realistic, so each day we come a little bit closer to an actual signing. I think.

Little nugget from an interview with Spal today which looks intriguing, but it's impossible to tell without the preceding question:

"There will be two new signings...The names? They're the names you've heard. Menez and Benayoun are both top class players. Menez is strong, and he's done some things during this past season"

I bet there were three questions in there but the media cannot help itself when it comes to leading people on for the sake of selling print.

Question one probably went a little something like this: "What does this squad need to be complete?"

TGIP: "There will be two new signings?"

TGIP: "They're the names you've heard."

Qu3: "Do you think Yossi & Menez are desirable players?"

TGIP: "Menez and Benayoun are both top class players. Menez is strong, and he's done some things during this past season."

Put them all together and voila, a juicy nugget is ready to convince prospective buyer Joey Schmoe into dropping some coinage for the papier or clicking the link.

What makes this even more likely is that Yossi Benayoun has put down the kibosh on any prospective move:

"It is not true that I am about to leave Anfield. I want to stay and that is what will happen."

Which is good, because I didn't want him anyway....and if you didn't know, it's all about me.

Menez, on the other hand, is incredibly enticing. Occasionally a target will come along which is just so...I dunno....video game-ish (there's a word in there somewhere, figure it out amongst yourselves), that they make tactics and balance almost irrelevant. Yeah sure, wins are cool, but if Roma isn't gonna win, I wanna see a guy like Menez winning Olympic medals on the counter, shredding more ankles than a Cambodian minefield and performing circus acts that force Brazil to give him honorary citizenship. Left, right, center, up the ass of the opposition. Doesn't matter. Just a pleasure to watch. And it pains me to say that because he's that dirty six-letter word. (You know.....Fr*nch.)

Plus he's currently damaged goods, out until sometime in the early fall last I read, which means his move to Rome is in the final stages and all that's left is for the t's to be dotted and the i's to be crossed - Rosella style.

And to be truthfully honest, Menez does sound like a guy, injury aside, who is a very realistic future acquisition. In Mutu, the numero uno who wanted to play for the big boys but his mommy and daddy forced him inside to continue his piano lessons, you had a forward who could create for his teammates as much as he could for himself, if not more. Menez isn't an out and out playmaker, but he's undoubtedly got some of those same qualities, just a bit more raw. And at 15m, his valuation even before his injury, his price to ceiling ratio is incredibly fair and very reasonable. Basically, he'd be a very sound buy. Good for now, great for the future.

So we shall see. Given his injury, it may have bumped him down a bit on the list but he's likely being seriously considered right about now.

Or Spal could've just been deflecting attention away from his true targets.......

I) Raise your hand if you're tired of The Overrated One already. Qatar needs to up its standard of football quickly and make him an offer he can't refuse so that we never ever have to hear him again. Inter went from class to class in replacing Mancio, didn't they. Typical.

II) Claudio Della Penna has officially gone on loan to Pistoiese. Nice, we'll see you in about 3 years.

III) So if reports are believed, Matteo Ferrari is close to signing with Genoa. Happy for him. Must mean he's gotten over those delusions of grandeur.

IV) I'm sure this was announced eons ago and I'm completely out of the loop, but the SuperCoppa is in Milan on August 24th. So if you booked tickets to New Jersey or Philly.....what the hell were you thinking?

V) Milan has finally made an attempt to get younger in the back and are after spring chicken Christian Panucci.

What the hell happened up there? They can't do anything right anymore.

VI) David Silva's agent says there will be a solution to his situation either way next week. Be waiting by the computer with bated breath, then.

VII) An old favorite here at the Roma offside, one Christian Wilhelmsson, has signed with some club over there in the middle east that I honestly just cannot be bothered to look up right now. So, with great pleasure may I just say......