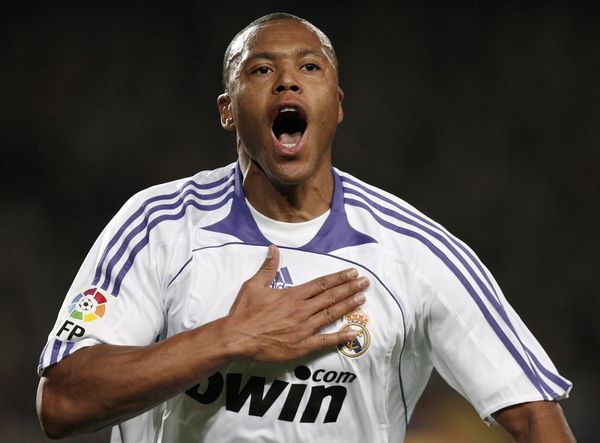 As we've all come to expect rumors are swirling and most of us are doing our best not to bite. Well, a particularly juicy one has arisen in the last couple hours, one saying that a deal has been struck between Roma and Real Madrid for the services of one La Bestia. Normally these things are to be taken with a half of a half of a grain of salt, but it's the wording of the deal which has piqued my curiosity.

The deal is reportedly €10m plus €1m each of the next two years should the Giallorossi make the Champions League, allowing the fee to rise to €12m. These deals involving payouts aren't rare, but what makes it interesting is this is how Rosella & Co. have chosen to bridge the gap in negotiations recently. They did it last year with Cicinho and Ludovic Giuly, both of whom had the exact same clause inserted when the difference was €2m or thereabouts. If Roma is only ready to offer 10m and Real was standing pat at €12m, it's not unthinkable the two clubs could've simply pulled a Cicinho to get the job done after Julio's recent declaration that he wants the hell out of dodge.

Personally, I think this has some legs. It may not be announced soon because of the friendly in London and the side business Prade will be dealing with during his stay and signatures are still needed, but it sounds like officials are only needed before Julio Baptista will be in giallorosso. And I'm actually only too happy about it. Stopped fiddling around with details so much about where he'd play, who he'd displace, how he'd fit in and started thinking about the 50 - fifty - goals he scored over his two years with Sevilla when he was The Guy. We want a guy who can fill Perrotta's shoes but can also finish? Merry Christmas.

Still nothing official, but this looks like it may be the real deal.....