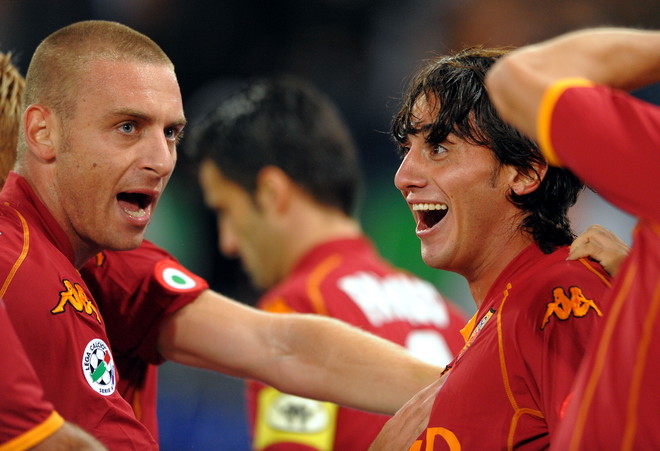 In the grand scheme of things, this was just one step - and a small one at that - towards getting back to being the Roma everyone knows they can be. But weeks, maybe even months from now, one moment may prove to be the turning point of the entire season; that moment being Christian Panucci's goal. And not the goal itself or how it came, but when. It happened in first half stoppage time, with the only thing for both teams to look forward to a peppy team talk and some orange slices.

What it didn't do was give Roma time to melt down, or mire themselves in complacency, after scoring the first goal yet again (that's 4 games, 4 first goals thus far). Bulging the net hasn't been their issue - doing so multiple times has, but no clean sheets thus far - it's been the complete swan dive afterward. A phenomenon which seems to border on indifference and overconfidence. And with Reggina they didn't have that chance. After the goal celebration they immediately found themselves in the locker room, able to properly regroup for the next 45. They looked dominant throughout, but I question whether the rest of the match would've looked the same had Old Man Reliable scored a half hour earlier. Which, of course, leaves a little bit of worry for the upcoming game against a solid Genoa side.

As for the rest, it was refreshing to say the least. There was certainly a different level of energy - call it urgency, if you want - to the entire side, and the way the midfield was commanded was wonderful to see once again. The counterattacks which ate Roma alive against Cluj were gone and possession was maintained (ESPN is saying 54/47, I hardly believe it). When a careless ball went awry (ahem, DDR), it was taken care of, giving Doni and, at least in terms of difficulties, the back line a 90 minute siesta, with the brunt of the credit going to unheralded workhorse Matteo Brighi. As much as his work in the final 15-20 helps close out games, having him play like a monster for 90 minutes makes the giallo & rosso life as a whole oh so much easier.

Nearly the entire XI were very good, but it's also Reggina, a team which will likely struggle to fight relegation (though knowing Roma, that's a much stiffer test than a trip to the San Siro) and I'll be interested to see how they handle a tough fixture away with this little boost of confidence, especially if they happen to open up the scoring in the first half hour. A good result, but a long way to go.

Doni: Barcalounger game for Alex. Julio Sergio's step-sister could've sat between the nets for this one. 6.5

Cassetti: Watching him play RB versus CB is like night and day. As much as he isn't a world class defender, he still offers much more defensively right now than Cicinho and gets up and down nearly as well. Started off last year as one of the best fullbacks in calcio, might get back there once again. 7

GOMR: Ladies & gents, your leading goal scorer. I shudder to think what this team would do without him right now - at both ends of the pitch. 7.5

Loria: A huge improvement from Palermo, but he also wasn't dealing with many attacks aside from labored set pieces. And a cookie and a half for staying in the game after taking the brunt of Doni's knee. Looks good paying homage to lunchladies, too. 6.5

Brighi: Someone mentioned he looked like the prized prospect he was at Juve. Couldn't really say it any other way. Matteo was absolutely everywhere and the major key to snuffing out any semblance of a Calabrian attack. If he has another game or two like this while Fancypants David is out, he may just force himself into some first team consideration. TGIP's MOTM and mine. 7.5

De Rossi: Call a spade a spade, at least two passes which were criminally Pizarro-esque. Luckily they didn't amount to anything, partially because the moment he saw where the pass was headed, he got on his horse going the other way. But again, the duo of De Rossi and Brighi absolutely owned. Loved it. 7

Menez: At one point before the half it appeared everything just clicked. Started linking up and going on little rampages like a one man show, not unlike that Cassano fella. But still a bit to go in terms of gelling with the crew and learning the familiarities of others. It'll take some time, but he's going to be one helluva player. 7

Aquilani: He'll almost always drift in and drift out, but when that little bit of superior quality is needed, he damn well provides it. Spectacular goal, crisp passing, intelligent movement and simple teamplay when it was needed. 7.5

Taddei: Rodrigo's getting better with every game, thankfully. Starting to add the technical qualities to his workrate, retrieving form and becoming the all-around winger we know. Along with Totti & Perrotta, his addition will hopefully allow us to forget these first few weeks of the season. 7

Totti: Form is temporary, class is permanent. Still some way to go before he's ready to play 90 as the Totti we all know, but his off-form nuance is better than the entire skill sets of nearly everyone else alive. N/A

Perrotta: His first minutes of the season and he put away a sitter. 8

And for next Wednesday, let's hope they add just a bit more refinement to the final third. If so, all should be fully back on track. 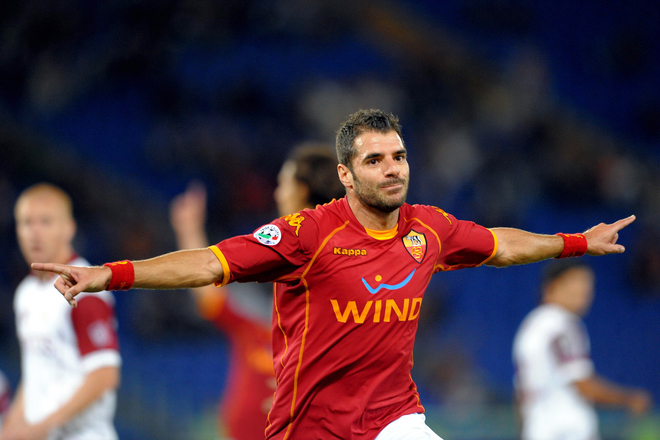 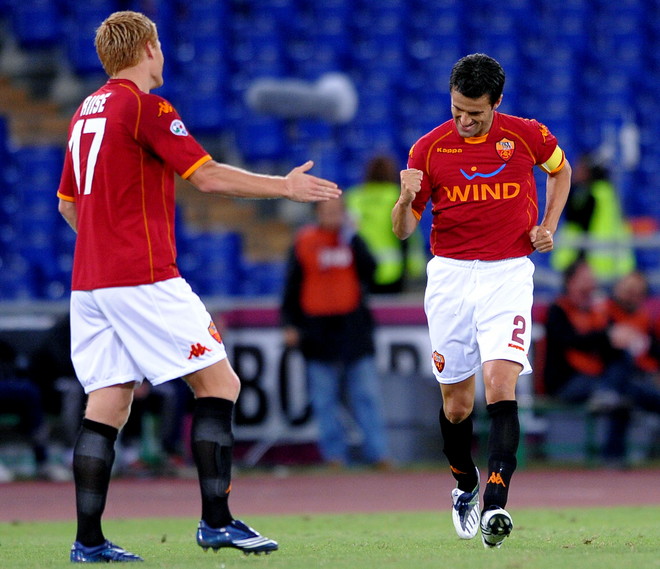 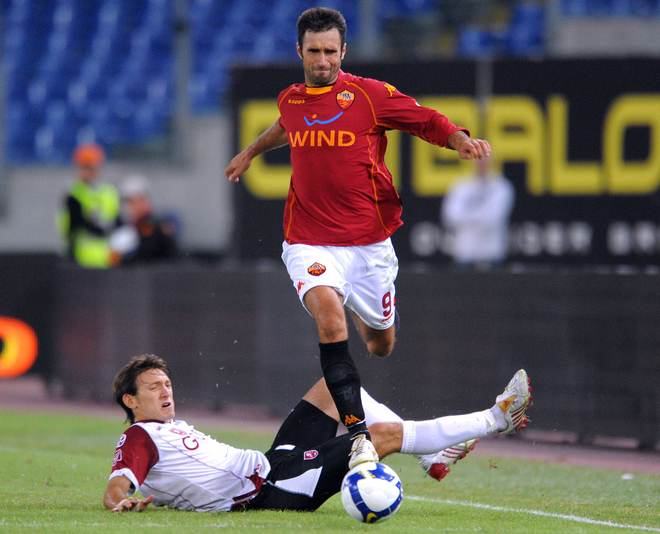 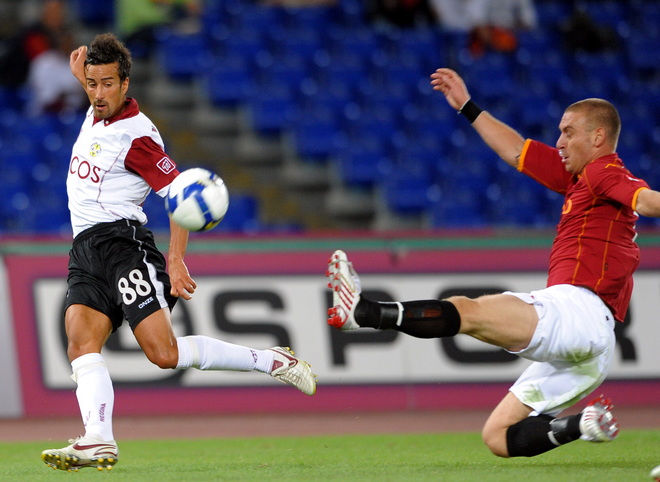 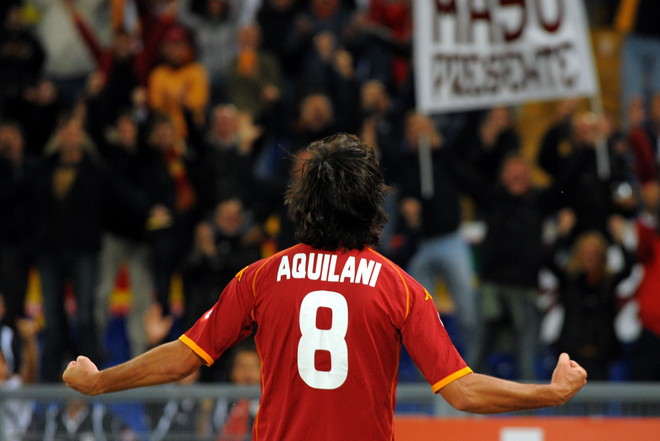 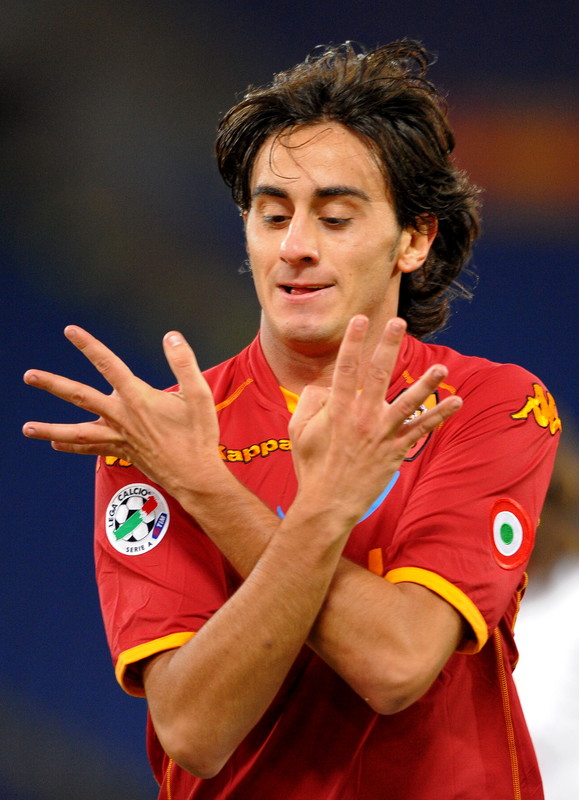 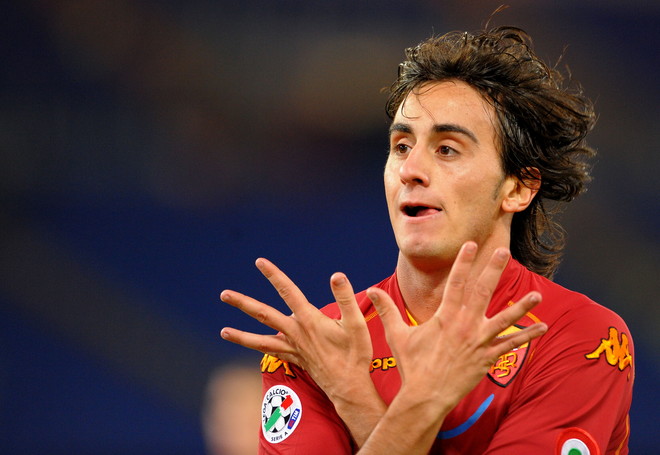