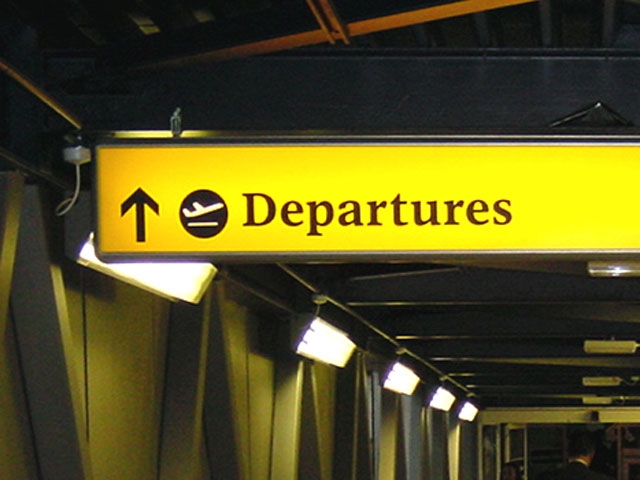 Amantino, Inter (€13m+): I've said it before and I'll say it again: I like Mancini. I think he's a good guy at heart but like a certain number of other Brazilians we've been blessed with recently, can be a bit of a primadonna without justification.

The problem is he's been playing for Inter for a year now, with a two month cameo back in Rome somewhere in the middle. Biggest reason, Inter's crutches aside, Roma lost the scudetto. And I think somebody - maybe Spalletti, maybe Conti, maybe both or someone else entirely - knew last summer it may be time to let him go, but they couldn't pull the trigger for two reasons: they couldn't absorb the PR hit after dumping two stars nor put any eggs in Mirko's basket because he was coming off some concerning injury issues. They probably knew he'd be put up for sale next summer, but wouldn't be adverse to signing him to a fair long term contract as well. He is, after all, pretty talented.

So what it all comes down to is the price: €13m plus bonuses (and I'm not entirely sure if Andreolli's half was included in that deal). Was this a good deal? Let's rephrase that deal: Is €13m+ a fair deal for an inconsistent, depressed backup who made a great contribution in costing this team the scudetto and had one year left on his deal?

Grade: A-. Only reason it isn't an A is because he wasn't sent out of Serie A. Then again, if he performs like he did last year we could bump it up to an A+.

Matteo Ferrari, Genoa (€Free): Basically the question is whether or not I'm happy he wasn't resigned.

Ludovicious Giuly, PSG (€2m): Left a bit of a hole in the squad (although Valerio Virga is on the roster...) and proved a nice addition at times last year, but if he didn't want to be in Rome, then it was best he got out quickly. Essentially they paid €1m for a one year loan, and to be honest, I'd pay €1m to relive that Milan game in March all over again.

Actually, let's do that for a moment....

Anyway, back to Giuly. If Okaka provides even half what Giuly did last year, this is a great move for his development and a solid move for the future of Roma. Okaka is the future while Giuly's legs are going to go one of these years and 95% of his effectiveness will wash away with them. Better to be safe than sorry. The €2m is just a bonus.

Grade: A-. Simply because Okaka has looked so tantalizing these first two games. If not, his sale would be tough to swallow without a replacement.

I’ve got mixed feelings on this one because I, like everyone else, hates to see higher level Roman talent sold, but this also seemed inevitable, much like Curci. Central midfield is far from a need position for Roma and it’s highly unlikely it’ll be a need position anytime soon, leaving Daniele in no man’s land in Rome for now and the future. Daniele had a good year by all accounts, but De Rossi or Aquilani he ain’t, and he needs to further develop himself in a consistent setting, which he can do at Siena.

Have no clue about any type of buy back clause, but I’m not sure they need one. In the event that he wants back to Rome and Spalletti & Co. want to mutually rub all up on him, it’ll happen. We’ve seen players force their way to certain destinations before and we’ll see it again - particularly those of the hometown variety. We can only hope he continues to develop and someday is worthy of coming back, but today is just not that day. Til then, may birds shit on you often.

Grade: B. Normally I'd make it a C, but I'm not sure there was much choice. He's still got a bit to go before he's ready and central midfield is set for a long time, wit the two studs in the middle happen to be Roman as well. Kinda reminds of Joe Frazier. At any other time in history, he would've been the summit of the mountain. Unfortunately, he just happened to come around when Ali & Forman where kicking ass and not bother to ask for names.

Someday perhaps, but not now.

Grade: A-. He's the starter for a half decent Serie A squad and is back up with the big boys in WC Qualifying. Not much more than we could have hoped, eh?

Simone Palermo, Treviso: Had a rough first half of the year after going to Rimini and playing a whole zero games so was recalled and sent back out again, I believe, just can't find where.

But I did make a great find. He's got a 3:39 long YouTube. Kid's hit the big leagues already.

No need for grades here.

Mauro Esposito, Chievo: He was given every single chance to win himself a spot and he's just clearly not up to par. I wish him well, he was the consummate professional during his time here and for someone who turned down a dream move back home, that can't be praised enough. Chances are if Chievo doesn't buy him out, someone will next summer. His clause (€2.65m or so) is fair and not much less, if not more, than what they paid in the beginning. Decent move.

Aleandro Rosi, Livorno: All I can say is I really hope he gets more playing time than he was afforded at Chievo and it'll help ready him for regular Serie A action, whatever that be. People are so high on him and he's still young (21), so all we can do here is hope the hype matches the output. Will only know later in the year how well this move works out.

Leandro Greco, Pisa: Haven't really heard anything about Greco lately because he's been in Serie B/C1 with Hellas Verona for two years. But he was playing (good news) and he's gone to Pisa, which has some Serie A aspirations after making it to the promotional playoffs last year, so they're a decent club. Just remains to be seen how much he'll play and if he's got the talent to be Roma material. Doesn't really seem that way, but wouldn't argue if it turns out otherwise. Plus he's got a cool name, which helps.

Alessio Cerci, Atalanta: Despite the injury he was able to move to a decent Serie A club where he'll more than likely see significant time. I say that's a very, very solid move.

Claudio Della Penna, Pistoiese : Certainly the most intriguing Primavera talent last year and now he'll get to try his hand at some proper professional footy - way down the ladder, but it's senior side ball nonetheless.

And it's weird how these things happen. You have the wonderkids (Okaka) who jump into the senior side because of their early maturity and then you have the mere "talents" (Della Penna) who will develop and progress over time like everybody else. While in Rome they're hyped and it's vastly exciting to hear the names make the team sheet - even see a few minutes as CDP did against Torino - but the hype disappears as they're sent out on loan for 3-4 years to mold themselves into top flight footballers, even though they are still the biggest talents of the organization.

Marco Andreolli, Sassuolo: I think everyone would rather see him in Serie A, but going back down probably means a guarantee of playing time, not something easy to come by what with Marco spending last year in witness protection and all. Seems he's a bit farther away than we'd hoped, but right now he's still one of Roma's and Italy's biggest defensive talents. That's hope enough.

Burritos: I really have no idea what to say here but "sure". Nice to have him hanging around during every preseason though.

Adrian Pit (Pronounced Piz), Pisa (Loan): I've been under the impression this whole summer that Pit was sold to Pisa, not loaned as he is the actual case. Long live Pit!

And Pisa being that decent squad with legitimate promotion hopes? Pit is wearing their #10. I can sense the imminent dawn of The Adrian Pit Era in Rome...

Ahmed Barusso, Siena: Anybody else noticing a pattern here?

I really don't know what to say about Ahmed. He needs to learn more about the mental part of the game, but his talent is there in abundance, so while playing time is nice, practice is where it's at. And if he'd abstain from sending WMDs at Curci's hands we'd appreciate that kindly as well.

Antunes, Lecce: Probably my greatest hope for this season's loanees. Even Andreolli and Curci I expect to take more than this year in terms of seasoning. We didn't see much of him, but what we did see was pretty exciting and he's thought of very highly back home in Portugal. And what with Max getting a year older and all, he'll probably return to Rome sooner rather than later to form the peninsula's first ginger-haired LB platoon since forever. See? Dreams do come true.