Forget New Year's Eve, Mercato Eve Is Where It's At.

Share All sharing options for: Forget New Year's Eve, Mercato Eve Is Where It's At. 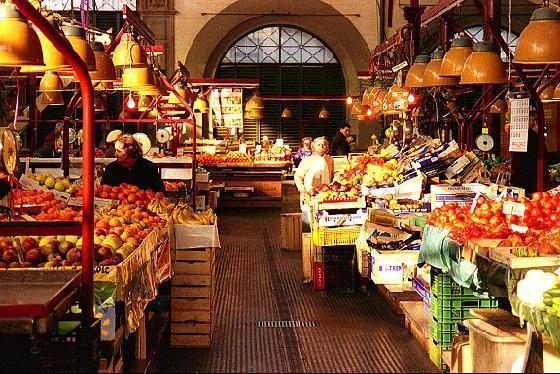 While everyone else opened up their gifts a week ago, time for the football clubs to open up their wallets and do a little gift giving of their own. Mostly to themselves, which is the best way to do it. Roma's a little tough this year because the constant rash of injuries have wiped out any chance to properly assess the needs and wants of The Mister. Unless, of course, you're talking about a new medical staff - one preferably including Dr's House and/or Doogie.

A little run down of the major topics going in as we await to month long barrage of pure insanity as Roma, and every other club in the world, is linked from Salif Dia to Lionel Messi to Johnny Come Lately to Papa Smurf. Tis the season.

I like Simone Loria. He's tough, he's physical, he's passionate, he's dedicated. He's like Philou without the skills. Or highlights. Or neck tattoos. Problem is a one-legged gnome could beat him in a feet race. That's not always a problem with a CB, but when a striker - any striker - with pace can shred your defense that easily, it's a big issue. Sure, Loria is the perfect "matchup" guy up against a more physical, lumbering striker, but what happens when you aren't afforded the luxury of countering a matchup? What if it comes down to the last day and the difference between 4th and 5th is Loria going up against a freshly shaven Leprechaun lathered with Vaseline in the midst of a three day crack binge? What then?

This is one of the few moves Roma could make which would directly impact the imports. I think Loria sticks out the year and they spend the spring focusing on two things:

i. The progress of Marco Andreolli.
ii. Impending free agents.

If Loria curbs the blunders, it could even turn out for the best. Big if, however.

Simple question: Is anyone willing to pay his wages? If so he goes. If not he gets more Coppa cameos.

I'm still of the belief he goes in 2009, but in the summer, not the winter break. Spalletti doesn't appear to be one who likes wheeling and dealing mid-season when he doesn't have to, and Cicinho is certainly usable, if a bit...Brazilian at times.

When Little David and Alberto return - only for both to go down by halftime of the Milan fixture, no doubt - they will almost assuredly duke it out for the bulk of the time at trequartista in the 4-3-1-2. When that happens it will probably free up Baptista as a striker; with Vucinic, Menez, Baptista and eventually Francesco returning, it leaves little room for a poorly coiffed Okaka. He's really shown some glimpses and could help the team if called upon (provided it's not a desperately needed header in the dying moments of a loss), but he needs playing time more than anything right now - not that he can't still get it in Rome, certainly has the ability - which makes a loan a distinct possibility regardless of whether or not they bring in an attacker.

Here's my conspiracy theory: Atalanta's halfway decent, right? Would it make sense to be after their two best attackers? Of course. Sitting just behind those attackers is a young Roman on loan, still not getting the desired PT due to their successes and his major injury setback. Take one of the attackers and Cerci gets the playing time they'd hoped. Two birds, one stone. Who says Rosella's not cunning?

But nothing happens until the summer, if even then. Atalanta won't want to fix what ain't currently broken.

Of the two - Ferreira Pinto & Sergio Floccari - it seems certain people are under the impression Roma has an option on Floccari for June. But if you ask Atalanta's DS, Roma has yet to even put in a call. Which could be his way of diverting any distraction from Sergio for the second half of the season. In short: whothefuckknows.

As Floccari goes, I'm not sure he can ever become a world class finisher - he is 27, after all - despite his goals this year, but he is a nice all-around striker. Kind of a second striker in a prima punta's body. Can dribble, pass, cross, move off the ball, get up and over defenders and finish - though he does miss a lot of coulda woulda shouldas. With his skill set, could very well just be a late bloomer. Problem is I don't trust late bloomers. At least not without a pee test. I'm just not sure he's not another Francesco Tavano or Mauro Esposito.

Which is probably why the term "option" is important, should it be true. It gives the suits another six months or so to do their homework and figure out whether he truly is legit or just a good player for a midtable club.

* - Speaking of Tavano, he's lighting up Serie B. Sounds about right. Antichrist.

“First of all we don't even know if Quagliarella will be up for sale this summer,” noted Leonardi.

“What will happen from now until June will be fundamental so at this stage no one can say anything.

“No one from Roma has contacted me and neither has Daniele Prade."

i. Way to make your player feel wanted. Or in a stable position, even. Regardless of whether they have to unload him (doubtful, they'll still make UEFA), it doesn't help negotiating positions.

ii. “No one from Roma has contacted me and neither has Daniele Prade." Did Prade resign and become an independent consultant without anyone's knowledge?

I'm sure it's just lost in translation, but I don't feel like digging for the Italian at the moment. Then again, it is Pietro Leonardi.

I wouldn't go too overboard on the rumor, either. It was, as you can see, a question from someone at forzaroma.info. Not sure about you, but I don't trust anyone with a .info url.

What had happened was Cicinho is rumored to be going thataway. Miguel has long been rumored to be coming thisaway. 1 + 1 + Christmas break = transfer rumor. Voila.

According to l'entourage Prade and Corvino are deep in discussions. Jeremy Piven? Matt Dillon's older brother? That curly haired guy whose name I don't know?

By entourage do they mean his "handlers" or the lackeys from back home who never made anything of themselves and hang on to his star power for dear life while announcing his entrance like Michael Buffer whenever he enters a room? If it's the former, that's cool. If it's the latter, I think goal.com just got absolved of any criticism from here to the end of time.

According to this inside .info undoubtedly dripping with truths......

This one doesn't just pop up whenever another rumor arises as a 1+1=2 thing. It's here and has been consistently for some time. Could be something behind it. After all, he's unloved in Firenze and does have boatloads of untapped potential. And he is the more versatile of Prandelli's unloved children, with Pazzini being the other, a large consideration in Spalletti's mind no doubt.

Outside of loans, nobody does nothin'. I think Spalletti knows the two best acquisitions this team can make right now are the return of David Pizarro and Alberto Aquilani from injury. It frees up so many options, so many possibilities and it finally allows him to make decisions on form, tactics and opposition, rather than who has the most working body parts.

But if they do make a move, a loan of Osvaldo with an option to buy does sound the most plausible. Not necessarily as a key player for the stretch run, but more so as an up close and personal look to see whether or not they want to make the large investment into his future during the summer.

I like Loria the way I like my orthopedic surgeon: great guy, wish him all the best, but I hate having to see him. I see Spalletti as somewhat of an alchemist and I'm the last person who wants the club to unnecessarily spend money on a player when TGIP can merely wield his magic wand, but I'd feel a lot more comfortable if when one of Juan or Mexes goes down the dropoff doesn't send half the fandom into a deep depression. Not too much to ask, I don't think.

But if nothing happens, I'm more than fine. A healthy duo of David & Alberto would make for a splendid mercato.