Fleeing the Scene of the Crime

Share All sharing options for: Fleeing the Scene of the Crime 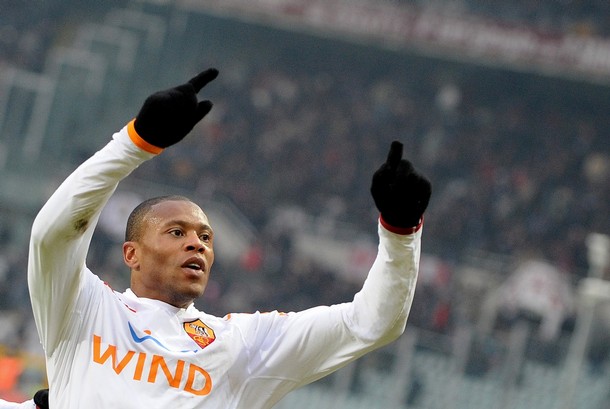 91 minutes of frustrating nothingness, one moment of sheer genius. Sometimes, when the opposition stacks number well and the lineup's "tactics" are defined only by healthy bodies, it's simply down to one movement of brilliance from a brilliant player. Sometimes, better players beat the better team on the day.

After the diabolical start to the campaign, who dared dream they'd be 5 points from fourth at the halfway point? This is a very, very good team. Simple as that.

Pic of the Game

I suspect Daniele was reserved compared to most of the tifosi. 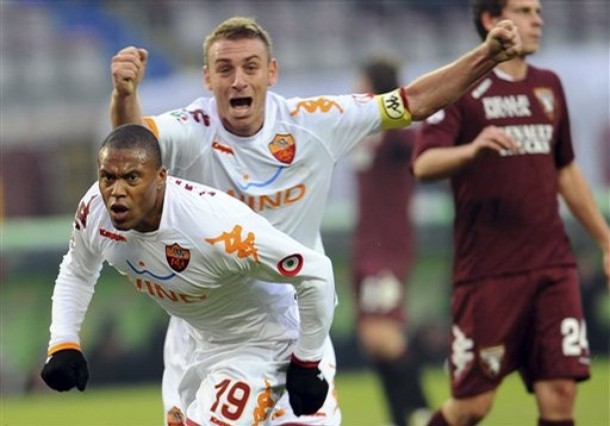 What's tough is that no one had a really poor game but the team dynamic simply didn't flow together well; a product of Torino's tactics and TGIP having to eschew a tactics derived lineup for one where he could at least put square pegs in square holes - in most cases.

Artur: Again, not really tested, but did what he had to capably. 6.5

Cicinho: Fantastic game. One of his best in recent times - perhaps since Stamford Bridge. He and Taddei linked up on the right a few times and it gave flashbacks to the days of a clicking 4-2-3-1. 7.5

Juan: His typical stellar self, though without a great deal to do mostly. 7

Riise: Another solid game, though without a large test until Abate and Rosina took the field together. 6.5

Taddei: The system wasn't quite the 4-2-3-1, but with Cicinho and Taddei overlapping one another on the wing and Taddei playing more to the wing, it has you thinking they can get there again. Someday. 6.5

Brighi: Pedaled the bike for both Simone and himself. 7

David: Missed Simone. Missed Mirko. Missed Totti (not as much, however). Baptista's game isn't in his off the ball movement and Jeremy loves dropping back to run at defenses, whereas David's game thrives upon players willing to find the end of his lollipop(s). 7

Menez: How do you rate him? For the first half where a slight tuft of air could've knocked him over? Or for the second half where he clearly had been instructions at the half to take the knocks and keep on chugging, changing his game, and his impact on the Roman attack, immeasurably? You kind of expect this stuff from a young kid with the physique of a broom stick (not to mention a Frenchman), but the sooner he learns he's going to take some hits and he's got to suck it up and keep moving, the better. 6.5

Julio: 89:55/great striker and all that. That's six points Julio has singlehandedly won for the cause this week in two wildly different performances: one an 83(ish) minute show from beginning to end, the other a 91 minute show of mediocrity before saving the day just as the curtain was about to close. I'll take either, but my cardiologist would prefer the former.

Want to call him the "King of Clutch", but he's not. Want to call him "Big Game Beast", but he's not. He's somewhere in between. He's a player who has provided some enormous goals when the team so desperately needed a hero, but doesn't quite do it often enough to the point where you begin to expect such heroics. I suppose for now we can just say Julio shines brightest when the spotlight can be his and his alone.

And again...he may be missing that finishing polish in some areas, but there is no doubt he is an exquisitely skilled goalscorer. 8

* - If Spalletti had a healthy striking option (or two...or three...or Montella) on the bench, considering Julio's first 91 minutes, would Baptista have made it to the 92nd minute mark? Maye, maybe not. Fate works in mysterious ways.

Alberto: My oh my. I know Spalletti loved his performance, but something tells me 'Berto will never want to see that game tape - at least until he gets a new pair of boots, preferably a pair of ice climbing boots. We have a new Bambi On Ice. 7

Cassetti: The biggest Cassetti news of the match involved Cicinho getting suspended against Napoli. Nine times out of ten I'll take this out of my defenders. N/A

And that concludes the first half of the season; a wildly turbulent ride if ever there was one. Napoli on the weekend for some much desired revenge after the opening weekend's shambles, but in the meantime a midweek Coppa pit stop at Roma's home away from home.