Napoli: Francesco & Friends to the Fortress

Share All sharing options for: Napoli: Francesco & Friends to the Fortress 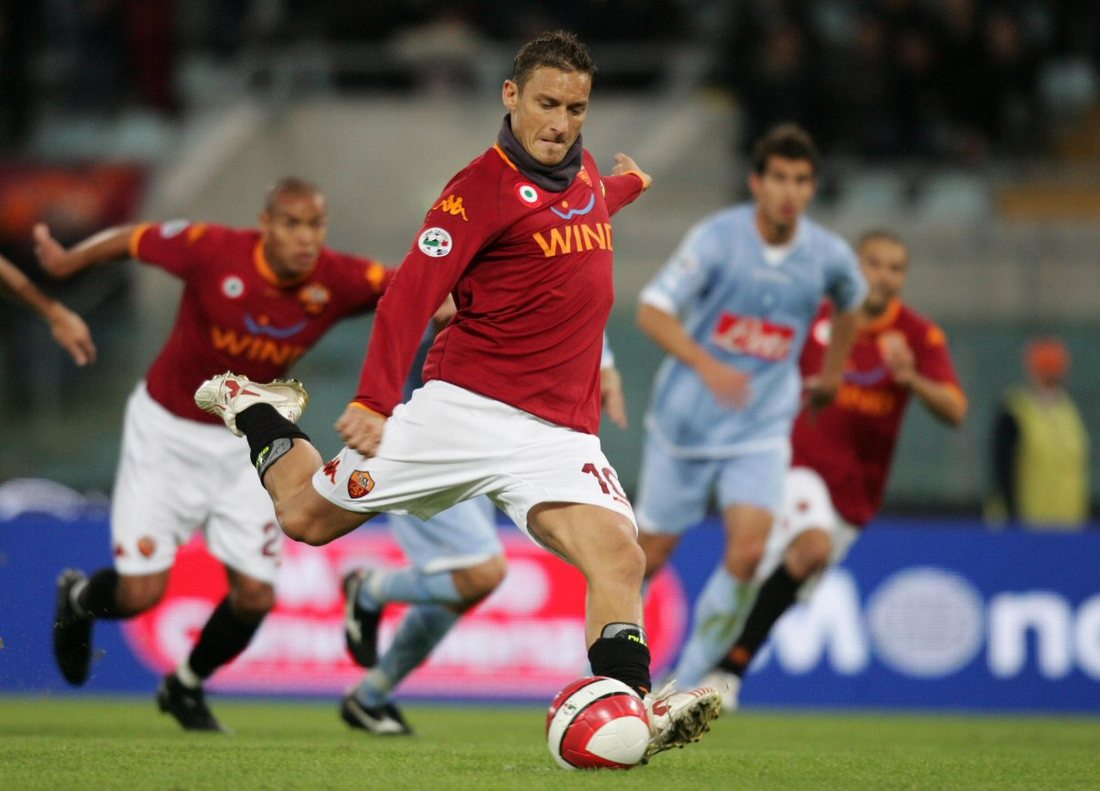 So let's not sugarcoat this derby, get down to brass tax: Napoli isn't just good at home, they're positively mind-boggling. In nine home games they've dropped a total of two points this year. Count 'em - one, two, period. That's video game stuff. Except, of course, that draw came against, of all teams, Cagliari. Mind-boggling for all the wrong reasons if you're a Napoli fan (particularly via the how - a Daniele Conti stoppage time stunner). Their big team win at the San Paolo came against Juventus, so it's not as though they're untested.

What is fortunate, however, is that Marek Hamsik - vice-president to Cicinho's president of the Neck Awful Tattoo Organization, aka dyslexic NATO (Philou's a heavy favorite for the next elections) - will be suspended for the match. They've still got plenty of firepower, but taking their joint-top goalscorer out of the picture is a huge burden off Spalletti's shoulders. Like Lavezzi, they simply have no one to replace him.

Oh, and the better news: Francesco from the first minute.

And that's really all there is to that.

Doni also returns, which is nice, but not necessarily the enormous upgrade most would think. After the Cagliari stumbles Artur's come incredibly good and has been a damn fine stand-in. The back will feature either Panucci or Cassetti - Cicinho's suspended along with Hamsik, presumably for a NATO meeting - with Philou, Juan and Riise. Expect Riise, or even Panucci if he's sent out on the left, to get a ton of help from Brighi in locking down Lavezzi - and don't expect it to go smoothly for 90 minutes.

The expected midfield from RomaNews - one I agree with - says a lot about Spalletti's gameplan going in: defend first, attack second. It may not be Stamford Bridge, but they'll be stacking the middle, doubling down on the wings of the 3-5-2 an awful lot and begging Napoli to test Doni from distance. Brighi was fantastic yet again midweek - perhaps my MOTM, Orsati aside - and Taddei had a very good game even without the goal. Simone will take up position as treq/pinball in front of the three while DDR will do his usual vacuuming in front of the back four. Things will probably change later in the game with the inclusion of David and/or Alberto, but to start it's looking real conservative.

After the heroics - and subsequent midweek suckitude - of Julio Baptista during sansmirkoetottidom, you'd think he'll be rewarded with a seat on the pine right between Leandro Greco and The Simone Gloria, but Roma News is under the impression he'll be partnering Francesco, with Mirko and Yeremy on the bench. (A not-yet-fit Totti-Mirko partnership could turn disastrous come substitution time, which makes a whole lot of sense.) Whatever ways the goals come...as long as they come.

And that's that. It doesn't have to be pretty and it doesn't have to be convincing, just need to figure out a way to break Napoli's stronghold at the San Paolo. A "by any means necessary" fixture; one not quite for all the marbles, but it's worth at least a couple big ones. So they'll need to bring, well...you see where this is going.

For those check out Andrea's thorough briefing over at Football Italiano.

"Derby" matters aside, I sense an overwhelming amount of added motivation after aspiring to shite on the opening weekend, gifting Napoli a point. Brain says draw, heart says win - either way, I think they can come out with a point at least. They were good enough for three midweek and this one shouldn't be nearly as difficult - particularly since Napoli will only be fielding eleven.