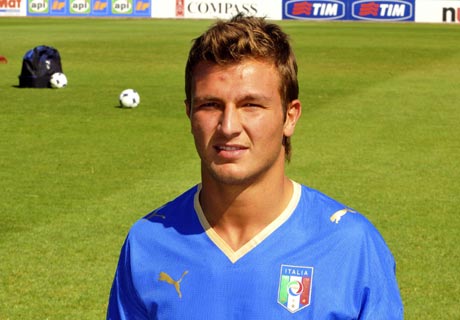 There is an agreement as to the type of deal - a loan until the end of the year with the option for co-ownership - but still stumbles as to the actual prices. Udinese wants €500k upfront for the loan and a further €2.5m in the summer should Spalletti want to keep him on.

However, difference in price aside, it looks every bit like this will get done at some point. Motta wants out of Udine, the zebrette suits look willing to accommodate him, he'd fit in perfectly in Rome as a backup who can play both RB and LB - lord knows how many miles are left in Tonetto's rapidly crippling legs - and he's a player with massive, massive upside. Plus the price, though less than what Rosella & Co. want to pay, is still pretty fair.

I have been a Motta fan for a long time and for some reason I’ve always felt he’d wind up in Rome. I really don’t know why, just a strange gut.

Marco Motta (Udinese): You know I love this kid. More defensive than the previous two, he’s still able to get down the flanks and stick in a good cross or two. There’s that whole Pietro Leonardi factor, but this kid is awesome, and would be a huge addition to the squad for now and the future.

* - Probably the one player I want more than anyone else on this list - realistically at least. For some reason I’ve always just had a feeling that someday he winds up in Rome, and I really can’t explain why. But I don’t think anyone would complain.

I'm just like your mother......you should never ever listen to me. Even when I'm so fantastically right.*

There are lots of other gushings on Motta but I'll spare everyone - this is a family show, after all.

* - I know it's not done yet, but the suits don't go into purchases with more than one, maybe two, options. If they really go after someone, as is certainly the case here, they go after the player hard. Too many pieces seem to be in place.

Another potential name, Souley being a straight up CB who would presumably replace Panucci if he's still allowed to leave - looking unlikely - or potentially open the gates for Simone Loria to exit stage Rome. This doesn't thrill me. Too deep into Mottamania.

Thanks to Chase for the find.

This just in: Rosella is so fired up to do some shopping today she's just closed a six month loan deal for Daniele Mannini.