CSKA Sofia: It's A Win-Win, Really.

Share All sharing options for: CSKA Sofia: It's A Win-Win, Really. 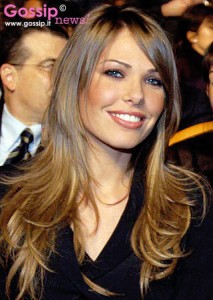 Most will point to the clean sheet as the day's win, but for me it's the manner in which the game was won that's most important. By the 23rd this game was well and over, which mean they didn't need to chase the result, didn't need to run themselves into the ground for goal, didn't need to bring Totti onto the pitch, and were able to avoid a great deal of fatigue for Sunday. A comfortable win without the work needed for a comfortable scoreline? Yes, please.

91' Yeremy is tres, tres frustrated. Yellow for booting the ball away post-elbow.

84' Not quite a training session, but this is boredom city. No pressing, casually dealing with anything of potential difficult coming the other way and keeping a firm grasp on the scoreline.

81' Another break results in a short ball for Okakchukamuthafucka by Menez.

79' Burdisso down and grabbing something. Ah, something went the wrong way.

77' I've had two giant red bulls during this game. And I still want to take a nap. Hopefully Napoli is a bit more lively....with the same resulting scoreline.

Two in the box for the corner. Two. This game has been over since roughly the 30 minute mark.

A nice little break started by Menez and Cerci's cross, his last play of the game as he's subbed off for Max, is palmed out for a penalty corner.

Maximillion Tonetto getting ready to enter the pitch.

Menez is not having a spectacular game. His days are likely numbered anyway, but still.

70' Andreolli coming on. A bit late, but inevitable. This for Juan.

A very, very quiet few minutes here. No dangerous chances on either side, really...until now. Riise flashes a cross, it's booted out, and Cerci misses a sitter of a header by heading it down and up...over the bar.

59' Cerci could use a sub. Menez-Okaka-Guberti? Under Ranieri? Impossible, right...

58' Also worth noting: the passing has been a great improvement - who knew with Totti on the bench - and so hasn't the overall performance. Don't think these to be mutually exclusive.

57' Menez flashes the skill, but it's an easy save. Still, creating space has been an issue recently.

56' Piza needs a boot change while Menez is offside. And down the other end, A -v name is 1v1 with JSB but cuts it back and Burdisso clears. That looked the end of the clean sheet for a quick minute.

52' Sweet look from Menez from well deep in the midfield, at least relative to the position you'd expect him to be playing, but DDR is offside on the chip.

50' Bit of a casual feel in the attacking half of the midfield and up top. There is no foot on the pedal here - and perhaps that has to do with Napoli in just three days.

46' This is obviously a good game to give Yeremy a run, and one which could play to his strengths if things stay status quo.

The girls and boys coming back out of the tunnel. Doubtful any changes this early. And would you look at that? Menez for Mirko. I'll shut up now.

A pretty good performance, but this one's largely about the gap in natural quality. And two great passes by Pizarro & Motta.

Lots of messing around with the ball just into Sophia's third, but little in the way of chances right now. Like I said, the pace has settled down quickly.

Controversial goal in Genoa-Valencia has nabbed my attention. This game is quickly entering nap territory anyway.

The net has been fixed, all cupcakes and butterflies again.

39' Another gorgeous Pizarro chip but this with a bit too much Chilean mustard on it and Mirko can't get an angle, but still managed to shred the net. Atta boy.

Quick free kick earns a corner. Which earns nothing. Juan takes a nap and CSKA nearly get a chance. Nearly, which means they didn't.

34' Motta fed a perfect pass by some guy whose name ends in -v. Possession back in facvor of an advancing Roma. Until it's not, which would be now.

30' Burdisso foul for moving out of the way.

29' Okaka's hair is a felony in most countries.

And Riise clears a Sophia-esque ball off the line.

Here's the problem with teams like CSKA Sofia in Europe: back home they're the BMOC (Big Men On Campus). Do you think they sit numbers back against the likes of Lokomotiv? Nay. So you ask them to play a different style against the likes of Roma and you've got the double-edged sword of inferior quality and tactical confusion. It's a fucking disaster from the start. They should be punching Roma in the mouth right now.

Classic, classic Roma: a gorgeous chip over the top from David onto a running Perrotta and he's left with the easy finish. Spalletti must be beaming - somewhere.

Open up the floodgates, gents. It's going to be a good day.

I love that goal more than any other possible. Even a DDR screamer. Stefano needs to get himself some confidence in finishing before becoming the inevitable monster of the box.

Motta took the ball, Okachukamuthafucka kept himself onside and he was released 1v1 for 10 yards. No chance for Sophia.

18' Okakachukamuthafucka and Philou have the same hair stylist nowadays. This does not bode well for his career.

16' Pizarro just got taken more easily than a hunchback in the prison shower. Gesu. Fortunately Sofia hit the ball like a Sophia and Julio Sergio gobbled it up nicely.

15' DDR botches a pass, gets it back, botches another pass. Sounds about right at the moment.

14' They're doing something and they win a corner which is taken short and results in Sofia going the other way.

11' Simone freakin Perrotta from a near impossible angle and it flashes across the goalmouth. The highest praise I can give that chance is...I thought that was Mirko.

My eyes have been darting about but Juan seems to be pushing forward a bit more. I'll calll at least one non-set piece offside for him today before revealing a shirt underneath which says 'I heart Mexes'.

7' CSKA Sofia is the club that famously tried to implement a 'Bulgarians-only' old boys type club without foreigners. Marquinhos' offside run should indicate just how well this went.

5' This stream is not fantastic, so may spend a bit poking around for another.

4' Daniele attempts to dribble through three-quarters of Sofia. Slight fail.

Down the other end Julio Sergio comes a cat's whisker within pulling a Doni.

2' Early chance with Okakachukamuthafucka running down the right and whipping one in to the box. A slight volley goes wide and we're off and runnin' with the children. Love it.

I'm rocking that Justin stream, and we're minutes from kickoff here. Roma, Roma, Roma and all that splendiferousness.

I figure even if they pull a Basel and suck harder than a promiscuous vacuum, at least one thing on this page will be worth viewing.

(Has Guberti even played yet under Ranieri? Basel maybe? He must be lovin' the regime change.)

Except I'm feeling more of a...

Francesco needs a break* and I'm quite pleased to see both Okaka and Cerci get a run out, but that right side looks like a dike in an uninhabited Haarlem.

* - Has anyone realized Francesco is two goals away from trumping last year's total?

I've heard your cries about the ever valuable 3rd UEFA Coefficient spot being put on weakened knees and the continued suckitude of Italia in Europa, I have changed my mind: kill 'em. Kill 'em all. To victory they must march!

This along with Ranieri's comments...

"It is a side that plays like Catania, but with a superior quality."

...leads me to believe jock strap testing with Riise's free kicks would be a comparatively pleasant experience.

The good news, however, is that this bipolar Roma - bipolar I now as opposed to Spalletti's bipolar II, or vice-versa? - is on track for a manic day. I would certainly hope so with a Bulgarian side, +17 gd after day 7 be damned, at home. And not in Sicily. Or Switzerland. But at home. Home.

A statement somewhere on this website portal annoyed me recently, so this:

(Everybody love that freeze frame?)