Well, At Least There's One Totti Hanging Out.

Share All sharing options for: Well, At Least There's One Totti Hanging Out. 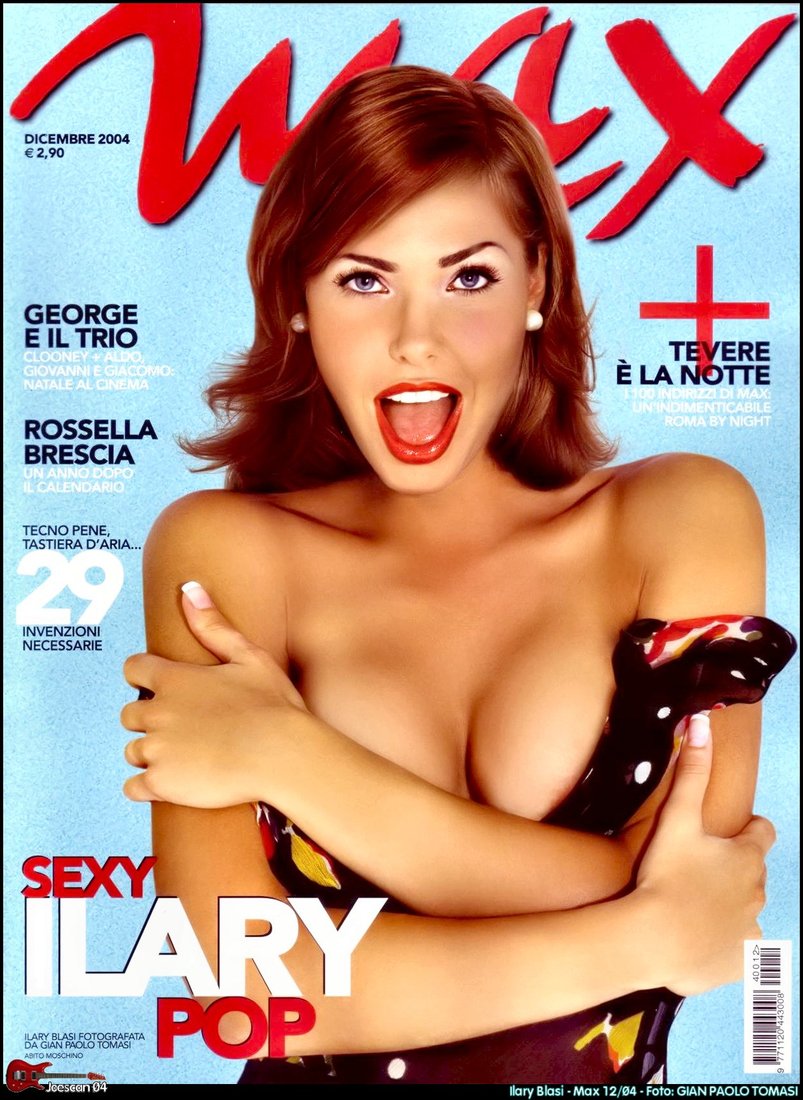 Last play of the game. Last play. An absolutely epic finish of accuracy and fire that would blush the cheeks of many a world class striker.

What a fucking goal. What a goal!

A final corner. Fulham doing pretty well at keeping the balls from play.

Mirko bursts for a corner. Everybody up.

Three minutes added. None for the red, apparently.

89' Menez drags back, but not quite far enough. Fulham are stacked in the back.

88' The life was sucked out right after that penalty, it would seem.

85' Daniele cuts right, cuts left, cuts it off the defender about 30 yards back. A bit of venom on that one.

82' Query: Why was Menez taking that penalty anyway? DDR, Pizarro and then you start discussing it, yes? (Ray Hudson is mirroring my sentiments moment for moment. I suspect I must be right. And must love Riquelme with a passion.)

81' Ten plus minutes of playing against 10 men. That, you hope, would be enough, but it hasn't been so far in a clearly dominated half.

Yeremy is pissed and he runs through all to fire a shot low and hard. Nada.

Menez saved. Far, far too lazy. What an awful penalty.

They got the man wrong, however. Handeland sent off, Kelly committed the foul. Is Rossetti in the house? (Nevermind - got it right in the end.)

75' Gorgeous ball up high, 50 yards or so, by David and Riise heads it well, well high.

73' Daniele finally makes the tackle we're waiting for and it's whistled for a foul. Can't win, can he?

72' Still better, still lacking that final movement. Daniele volley goes just high. What passing has shown up this half.

Clear corner is a goal kick. Pretty incredible with the linesman standing not two feet away.

68' Some cheeky skill on show by Menez and Mirko here, but no big finisher. Unfortunately, that's also reminiscent of the Spalletti era.

Goober pinpoints a cross onto Perrotta's run but can't knock it forward. Some chances being made here in the final third, which is far more than could be said about the first half.

Mirko so nearly through, Menez so nearly puts it on the foot of a steaming Perrotta. This is Spalletti football making a cameo.

This goes without saying, but I'll say it anyway: Goober to the right, Mirko to the left.

63' Goober saves possession and here comes Mirko for The Corpse. Ranieri is not fucking around.

Zamora off, Nevland on. It's like a Norwegian NT team practice in here.

61' Taddei going forward is less preferable than a corpse.

Unfortunately this is classic 4-2-3-1: susceptible to the counter. Doni stops a 1v1 thankfully but they need to score soon or else risking the floodgates.

57' Goal saving clearance by the now returning Philippe "Don't Bring That Shit Into My House" Mexes. Nice to see him back.

56' Daniele is enjoying his license to drift a great deal.

How in the feck is that not a penalty? Menez absolutely bundled in the box with a Fulham handball to boot.

53' A decided improvement here with the tactical switch. Well done, Tinker. Now if only they could divine some execution from somewhere....

Guberti is really falling in love with that one move to cross on that left side.

And finally, Menez with some space but nothing comes.

49' And Simone nails his head on the ground. Wouldn't a four minute concussion be nice?

48' Perrotta also on for Okaka, who was pretty poor himself. With Menez dropping back...who subbed Spalletti for Ranieri?

47' Nice little chip to Mennace. Some maintained possession down the final third (!) and Goober fires one over. This side in this formation needs a Pizaman esque midfielder.

Who else coming in? David Pizarro. My grandmother could've made that sub. (Brighi out.)

Getting better, but still poor.

44' Okaka's been whistled for about thirty seven fouls here in the first half - nearly every time the ball drifts in his direction.

A decidedly better performance in the last 10 minutes or so, but still not good.

43' Menez makes his first burst - Houdini today for all the wrong reasons - into space, but Goober, after some short acceleration between himself and De Rossi, boots it halfway up the stands.

41' Fulham are clipping Brighi's ankles like he's Messi. Keep at that. Love it.

40' Outside of the centerbacks and maybe Goober, I'm not sure anyone's having even a decent game.

39' Cross by a bursting Burdisso. I just threw up.

37' Daniele skies a free kick wide right and high. Not a good day.

36' A bit more possession in the other half now but nothing doing down the other end, really. It, as predicted, is going to take some individual brilliance. Not that they're without those capabilities, but this game could be, should be easier.

34' Doni caught out, huge clusterfuck in the box as Doni runs back to goal and Andreolli is bundled for a foul.

Finally a corner and Riise's volley outside the box is hammered oh so close to the back of the net but a huge save to deny an undeserved 1-1.

Awful gift by Burdisso. This is pretty diabolical at the moment.

28' Longball to Goober...leading ball by Menez goes out for a goal kick. What's that, Yeremy's third touch? The only one getting the ball up top is Guberti because he's split so wide.

Brighi is looking quite rusty himself. Methinks Ranieri really underestimated Fulham away.

I was hoping this would wake them up, but it hasn't. Pretty poor showing today and I suspect those subs will be coming fast and furious after the half.

Doni either needed to be quicker off the line or stay home. One of the two and, as usual, he does neither. Welcome back.

23' Andreolli looks about 12 feet tall today. Perhaps that back fixed up and lengthened out. Fulham corner number six.

22' Daniele goes trigger happy with a corner open and begging, but it goes wide.

The ref is hosing Okaka for trying to win position on aerial battles here already.

Zamora called offside when not. Riise keeping him on. My dear is he having a poor game.

20' Philou is playing quite well early, so that's something. Unfortunately JAR is so fond of his performance he keeps leaving him out to dry just to watch.

Kinda need a David-type in this formation, eh?

17' Not enough possession in the Fulham half and far too much space in the back. Very much a B squad performance right now. Dangerous first half outside the box off Taddei.

15' Some serious double shirt pulling by Zamora and Andreolli. No dice.

Heroic leap by someone, anyone to clear out the 852nd corner.

John's not really having a good one early, is he.

12' Menez earns a foul. How do you gather he'd do in the physical Premiership?

11' And John's pushing way, way up, leaving Mexes almost as a leftback and Fulham constantly lofting balls down their right flank into space. Bad John. Bad.

Riise is trying a bit too hard to fire a shot from distance and show up little bro here, methinks.

8' Trying to slow the pace a bit. Riise plants one off the face of Riise. Gorgeous cut by Goober but the cross is blocked.

6' Menez drops well, well back - nearly behind Brighi and De Rossi - to loft a ball forward. I like him doing his work against the last line of defense, thanks much.

3' Quickfire save by Doni off the corner. Let's get the ball down the other end, eh? ('Nother corner...and a third corner.)

Burdisso nearly has a Burdisso moment and flicks it out for a corner. Matteo Ferrari buries that upper 90. Just sayin'.

2' I got this feeling from the lineup, but Ranieri is happy to sit back here today.

Okaka's hair is awful, so at least all is normal today.

All are out on the pitch, shaking hands, doing Norwegian things and we're nearly ready to go.

Love to see Guberti, Menez and Okakachukamuthafucka all enjoying a run together - presumably they've had plenty of bonding time with the B team - but it smacks a bit as underestimating Fulham. Or maybe Ranieri really thinks Menez is the best thing since sliced banana bread.

I genuinely know not a thing about Fulham. I'm going to say this before checking the Prem standings, but they smack as a club which goes on one good yet unexpected run and find themselves in Europe before caving under the weight of an added competition. To the Prem standings I go...

12th, 8 games, 4 losses. Sounds about right. Not exactly a European pedigree, but not quite a walkover, either. Particularly with a Riise in the side.

Love that Brighi is getting a start - he certainly deserves it - but the three attackers - Menez, Goober and Okakachukamutchafucka - are going to need to do a whole lot of individual work to win some chances without David or Francesco pulling the strings. In fact, I vote we go the route of Goober and Yeremy take on as many defenders as possible before shooting and Okakachukamuthafucka cleans up the rebounds janitorial style.

How many Norwegians are playing in this game? Three and one on the bench? And two Riise's? That can't be right. Goddamn this team needs a Swede. Maybe they can pick one up at IKEA - that must surely fit into January's budget.

Worth noting: that's one mean bench. And Leandro Greco.