Share All sharing options for: I'll Bring The Noose, You Bring The Camera. 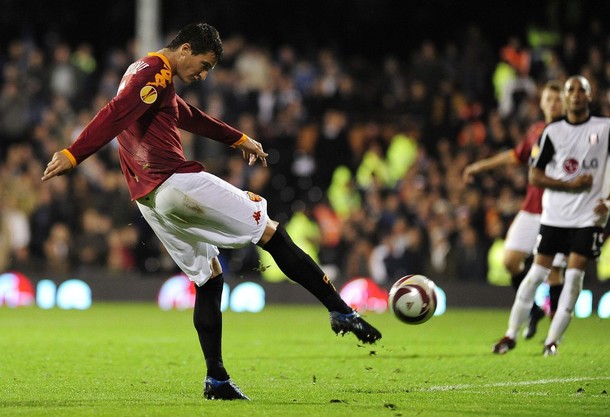 They did their damnedest to hang themselves, but Fulham just wouldn't allow it. Far too hospitable, far too forgiving, far too much like the cottage dwellers they are. Roma'd strung up the noose, dragged over the chair and climbed atop with a steady calmness. The chair kicked out, Fulham swung and swung at the rope with that glistening knife until their little arms could muster but one more. And one time, as many a single mother will tell you, is all it took. Their giallorosso body tumbled to the floor, red faced and gasping, living to fight another day.

The first half as dire a performance we've seen from Roma in some time. Beyond the performance, there was little hope, little indication that things could, things would get better. Much of this was Ranieri's fault, underestimating Fulham with a weak lineup missing any semblance of a link between the scattered midfield and all too lonely front men. Much to Ranieri's credit, he realized this at halftime and did something drastic. So drastic it was nigh unthinkable, as it was the one thing he's preached incessantly since his arrival in Rome. It's the one thing he's cautioned against, diverted attention away from and told us to never dream of again:

He unleashed Spalletti football. Matteo Brighi off, David Pizarro on. Stefano Okaka Chuka off, Simone Perrotta on. 4-4-2 off, 4-2-3-1 on.

The teacher with the students who'd yet to learn his way cut the reigns and let them free, unleashing their natural instincts and producing some real, actual football. Some Spalletti football, right down to bare bones: brilliant one-touch passing, glittering off the ball movement, fullbacks marauding into the penalty area, technical supremacy, susceptibility to the counter and, above all, the failure to bury their chances.

Not to take credit from a brilliant Mark Schwarzer, of course.

But this was vintage Roma, including the dropped points to a smaller team. The missed penalty wasn't quite as critical as the decision to give it to Jeremy Menez. Daniele De Rossi buried one in Berlin; David Pizarro seems to have buried every one of the multitude he's taken. Menez, for all his qualities, should not be given the chance to boost his confidence when points are on the line. The penalty could've been better - and would somebody, anybody tell them to stop going low to the left? - but the taker should've been better.

A tale of two halves, of missed chances, of underestimated opponent. Of so many, many things. 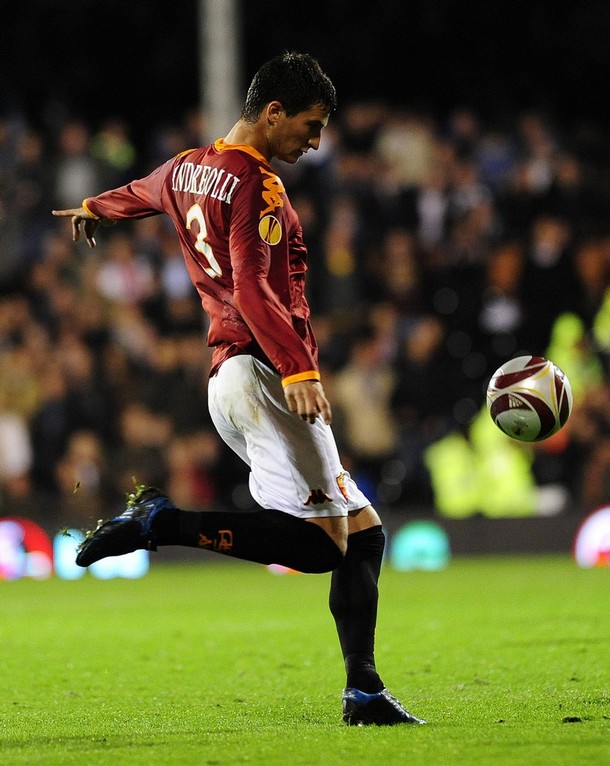 Forget the table, the result, the split personality and the lost chances. This moment, this incandescent particle in time, is why we watch.