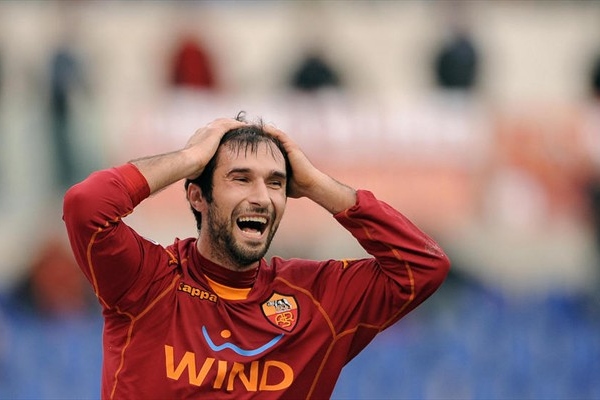 The injury list is bustling, the back line is patchwork, the midfield full of grit but no flair, and Mirko Vucinic's doppelganger is still roaming the pitch without the slightest clue. No Totti, no Pizarro, no Menez, no idea where the creativity will come from. No words, really, for a game which could use so many.

Checking Udinese's recent fixtures, it was wonderful to see they'd lost their last three fixtures before quickly realizing can an easier opponent than Livorno at home be offered for sacrifice?. No, unfortunately. Until they do something which eradicates this loss - this cancer - there's little reason for hope or positive thought going forward. Bedrock has been hit.

Time to pick themselves back up.

A bit of false hope? Perhaps. Last year the 4-2-3-1 was driven into the ground by Spalletti even when the requisite parts were not in place, at times crippling the team beyond repair. Are they able to run the same with Brighi in for Pizarro and Stefona Guberti given another chance to run rampant on the wing? It appears they may be given that chance: RomaNews says the return of the 4-2-3-1 is upon us.