Share All sharing options for: A Black & White Affair. 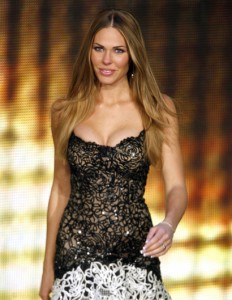 Cleared, and that's game. No three minutes of added stoppage this half.

Di Natale skies one, one last chance to go down the pitch.

Brighi off after a great deal of running.

90' Slowly play building back up, but this will take a miracle with Vucinic in the game.

And are we not missing a sub here?

That was just incredible. A golden opportunity if ever there was one.

Is there a Baptista sub somewhere in here, perhaps?

...as Sanchez skips past everyone.

81' Mirko standing over, for some reason.....Mexes heads it out for a goal kick.

Udinese's back line is crippled. Coda, Zapata and Lukovic. Free kick Roma from just outside the corner of the box.

Idiotic second yellow for Basta, as he literally hugged Mirko from behind as he was heading down the left flank, presumably to nowhere.

That was oh so ineitable, and Ranieri with a sub in the bag. Gut these motherfuckers.

76' Simone Pepe making his entrance for D'Agostino. You know, I was just about to mention how that left side is Guberti and Cicinho. Apparently Marino noticed this. So did Pepe, who wins a free kick and a Guberti yellow within seconds on the pitch.

And Doni saves one destined for the upper corner. All hail Alex.

Perrotta bosses Lukovic, Vucinic heads the clearance out for a throw.

It's 9 men back here, no exceptions.

71' This is agonizing. No need for these type of substitutions right now. The gods are oh so cruel.

And here he comes.

Motta goes down for the second time in the minute. Looks as though Cicinho will need to get ready.

I'll be pleased with another shot on goal, much less another goal.

(Isla in for Inler, one of the red card possibilities. Damn them.)

68' Anyone gander a guess as to Doni's timewasting yellow? I vote 79th.

Di Natale, who looked about six pitches offside, skies one high and to the left.

I think Andreolli's been known to play the right, which he is now and Motta on the left. A much better option to a gameless Cicinho.

65' The great hope at this point is a maintained 1-1 because the only support Mirko's getting is under his shorts.

Andreolli in for Cassetti. Bravo.

So how's Brighi doing in deserving that new contract this year? Mmm hmm.

60' Finally a break in possession and Brighi cuts into the box but he is Matteo Brighi and you can guess what happened next.

Mirko is truly a man abandoned up top. No one within 20 yards. This is not the best thing for his form.

The game has settled down with Udinese taking command of possession.

57' Asamoah cuts one wide of goal just under the legs of Mexes. Disaster averted.

An attempt to roast Mexes proves fruitless before Juan has to overhead clear a ball. Another goal is going to require some individual brilliance because numbers be sittin' back.

52' Corner followed up by another corner for the Zebra, which they so thankfully sky for a goal kick.

51' Now that things have calmed down, it would appear D'Agostino is primed for a red card too. So we've got that to look forward to.

Taddei got a red for being slapped in the face. Genuinely. Between this and the curious four minutes of added time, I have no idea what's going on with this ref.

Taddei red! Straight red for nothing? He got hit in the face and threw a slight fit, but that's never a straight red. What the hell is happening?

47' Taddei steals an early pass in an attempt to make amends before the ball winds up the other way and Brighi tugs Asamoah down. Resulting free kick trickles in the box but Doni nabs.

To be quite frank, they weren't that bad. The goal came against the run of play and they were a bit frazzled after that, but they settled down nicely and were able to put some chances back together and even up the scoreline. (Motta's looking good, which is a huge plus. )

Two options, then: Baptista on for Rodrigo, bringing Perrotta down to the left and Guberti to the right; or Cicinho for Rodrigo and Motta pushing up. I like the latter myself, but Cicinho hasn't played since, what, February? Not sure the width, pace and skill of Udinese is a time to renew acquaintances with professional football.

No idea what this ref is doing, but Roma get a free corner.

D'Agostino lands very, very awkwardly and he looked to have turned something the wrong way.

Taddei runs after the keeper and the first thing Handanovic does is pound the ball down the left for some easy possession. Jesus. H. Christ.

Resulting corner bounds around in possession in the final third before Asamoah puts one inches from the net.

Sanchez is about to skirt by Cassetti and gets tripped up - free kick, yellow card and in a dangerous spot too.

Juan did all the work leaping higher than the highest building in all the land and forcing Handanovic into coughing up a point blank rebound that DDR simply tapped home. Grand work by Juan.

Mirko cleaned out by D'Agostino as he's about to skip past. Easy yellow. Free kick from 30 at the right touch....cleared....Taddei tries to dribble in, but sucks and Udinese get a goal kick.

I dare say, he should be dropped this very moment.

Motta point blank saved by Handanovic. A touch angle for Marco, a great save by Handy.

Taddei with a nicely delayed foul won. Cross coming into the top of the box.....cleared.

35' Foul Taddei from the same spot as the goal. This should be good. Lives spared.

Doni supermans a cross whipped into the box and the resulting centered ball is flubbed by Asamoah from the top of the box. So thankfully.

33' Ridiculous foul called on Perrotta. Free kick Udinese called from just within the half.

Or maybe it was Mirko for being clumsy.

31' I vote the players boycott giving Taddei the ball. Perhaps then he'll be taken out.

Guberti either whiffed or the defender nicked a volley from six or so.

29' I just watched Udinese get about 3 lucky bounces to keep possession. That does not bode well.

27' Mirko called for handball #2. Brighi takes down Pasquale, which would be unfortunate - he seems primed for a red.

26' Yellow for Inler for cleaning out Motta.

Taddei needs to be taken off. Now. That's the fourth pass in ten minutes he's centered onto the foot of a black and white shirt - he might as well put one on.

Doni beat 1v1 but pushes Asamoah far enough to the right that he had no options. Disaster #3 averted.

Taddei sucks. Officially. It may be time to run two rightbacks on that right side.

22' Roma doing their absolute best to blackout, but the cross is centered into red shirts.

How Roma. Udinese have created nothing in the last 10 minutes, get a free kick and Floro Flores heads it off the goddamn post and into the net. 1-0.

19' Taddei makes us forget Pizarro is gone by laying a pass directly onto the foot of a zebra stripe.

18' Awful call - Roma win a throw. Daniele does Udinese a favor by launching the ball for a goal kick - subconscious favor, I suppose.

16' Long - very long - Cassetti ball so nearly nabs Guberti making a run. Cassetti then joins, knees D'Agostino in the back - not called - and everyone's pissed. Particularly the trainers who have to sprint onto the pitch.

Yellow for Pasquale for doing asshole-ish things like going studs up on Juan and pissing off Daniele.

13' I've been swearing by Vicks Vapor Rub on the chest for years - Mirko apparently does too.

Corner cleared into a Udinese counter which Doni gobbles up. Boy, I'd almost forfeit corners today.

Daniele De Rossi, of all people, puts on his skirt and skips a ball to Handy. Some decent tackling being done in this midfield early.

11' World class tackle by Juan. Remember how good he is? Easy to forget sometimes.

And finally, 9mins in, a stream: http://www.iraqgoals.net/ch3.html

No streams as of yet. Slight problem with 2 mins to kickoff.

Streams: MyP2P.eu; atdhe. Streams at this moment are quite bad, but we're hopeful - this isn't exactly Roma v Frosinone.

Ilary gets another shot to be the midweek good luck charm. Should she falter, her photos get replaced with those of Okakachukamuthafucka.

And really, no one wants that.

They've gone from Spalletti needing a hostage situation to change formation to Ranieri swapping formation with every change in eind direction.

Something in the middle, maybe?

Cassetti at left back makes me nauseous to the point I think I may be with child, and the inability to finish over the past 2-3 weeks really isn't being helped seeing Mirko 'I couldn't hit Italy from Rome right now' Vucinic and Simone 'Me neither' Perrotta the two farthest up the pitch. This is only 'probable', but RomaNews is typically pretty good. RomaNews is good, and that formation is legit.

I need a Pepcid.

Udinese have run out an extraordinary attack minded lineup, apparently fine with the idea of giving Mirko & Simone sitter after sitter to drive into Slovenia. That back line is clearly their weak spot and would seem to give Stefano Guberti license to shred, but then we could say the same about a fullback tandem of Motta & Cassetti.

Di Natale is still Di Natale - which means he needs to be pee tested - and I reckon they're a better side sans Quagliarella (not the best player for the makeup of a 'team'). That and Alexis Sanchez harboring downright disgusting talent. Plus D'Agostino and Inler.

They lack not for talent going forward. Roma do at the moment.

Which leaves problems. Brighi, Taddei and De Rossi's form leave absolutely everything to be desired. I mean we're talking Massimo Ambrosini-type 5 yard passing leashes. This limits Perrotta's off the ball effectiveness, and if Mirko isn't on, Mirko is useless.

Of course there's one thing to point out regarding Mirko's foibles last weekend:

Yes, he had surgery, but this is a guy we constantly joke should be benched against anyone outside the top half of the table. Is it really so skewed to say we shouldn't have expected Mirko to bury those even in the best form of his life? I think not.

That said, a great deal lies on his shoulders along with Stefano Guberti's counterattacking abilities. I gather this game will have a decent enough flow, despite the lack of offensive gusto being offered by the Roman side, but Udinese is going to get a very decent amount of the ball.