Share All sharing options for: Don't Underestimate The Power Of San Francesco's Mane 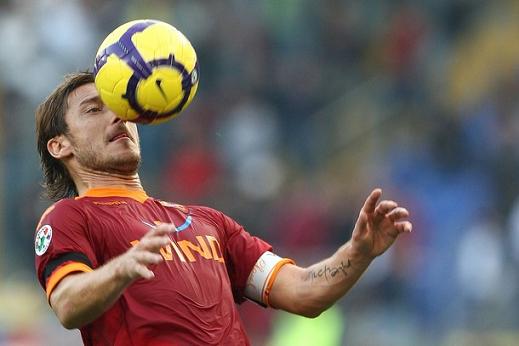 I do not envy Roman journalists in the least. One could offer me the gig with world peace as compensation and I would swiftly decline despite the desperate pleas of humanity. How could one possibly spend ten years fumbling through thesauri looking for the words to aptly summarize his latest heroics? The man is every superlative in the book. It's just not fair.

I don't know what else to say. Clearly the magic of Francesco's returning mane and Mirko's moustachio manifested some sort of celestial power which teleported two unfit players back into their vintage selves.

Or maybe they're just that fucking good.

All in all, a great first half mashed with a less than optimal second half which combined to produce a good win and some much needed points against a trickily good club. Oh, and a matinee from that Totti fellow.

This feels a bit like a pat on the back for awareness, but I'll say it anyway: I'm so glad I don't take Francesco for granted - that I've never taken him for granted. That I hang on his every move, often times with heart suspended and still in mid-chest, and find myself on the edge of my seat watching, waiting and not wasting a moment. Hell, by the half on Sunday I'd contorted into some ungodly position on the floor which would've blushed the already rouged cheeks of a Cirque du Soleil artist, simply so that I could get close enough to the screen that nary an errant move darting into camera range would go unloved.

It's the best of kinds and it's the worst of kinds. It's so good it hurts, because this, we know, will not last forever. Don't waste a moment.