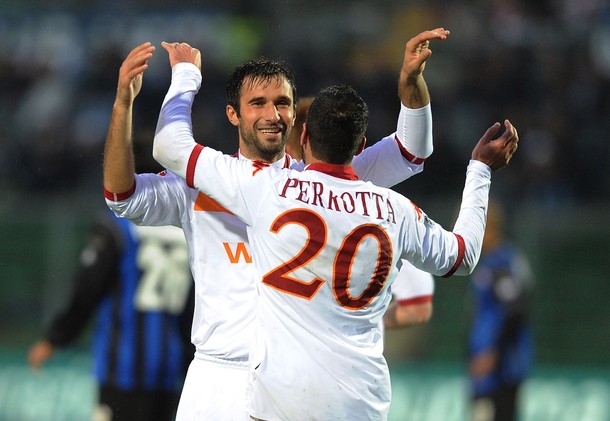 Loathe statistics. Absolutely despise them. There is a time and place, but this is not it. For me they've ruined entire sports (see: ball, base). Describing the action in words at leaves leaves the capability of romanticism, youthful innocence and doe-eyed wonderment. To say that so and so is the 'celestial spawn of gazelle and a divine purpose' does a bit more for me than saying 'he's fast because he runs the 40 yard dash in 4.3 seconds and can do the shuttle fast in however fast it is to do the shuttle'. This, for me, is part of what makes the beautiful game just that - it's simply rooted in the beauty of innocence and naivety.

Unfortunately there was no beauty in this match. And when there is no beauty, no supernatural romanticism or divine inspiration, we must go revert to droning of statistics and practicality. Oh, practicality.

What, you may ask, could've so drastically change the fate of a football club on November the first? Well I'd be more than happy to tell you: Mirko Perrotta and Simone Vucinic scored their very first goals of the season, a bit more than fashionably late, and in the process they returned to form.

In the process, they returned AS Roma to form.

The game was far from pretty. In fact it was, to a degree, vintage Ranieri football: a flat(ish) performance defined by three points at the end of the day.

The difference between this and Livorno, this and Udinese, this and Milan is oh so very simple: Mirko Perrotta and Simone Vucinic.

No one - or no one who doesn't belong bound in a rubber room - has ever questioned the enigmatic genius of the Balkan Maradona. But I will fight to the death the person who dares disagree with the notion that Simone Perrotta is the second most important player on this team when healthy and fit. And that's second, not third. One needn't be better to be more important to the structure. After all, marble is better than steel. But take the marble from the facade and the building loses it's aesthetic; take away the steel and the building crumbles.

Totti is most assuredly Roma's deity, and when God takes the day off, he sends angels to do his work. Mirko and Simone are His angels. Roma's angels.

Who says you can't find romance in statistics?

Now they, like myself, will tell you there's a game midweek.

Bullshit. To Sunday they march.