Put The Ball In The Net Already.

Share All sharing options for: Put The Ball In The Net Already. 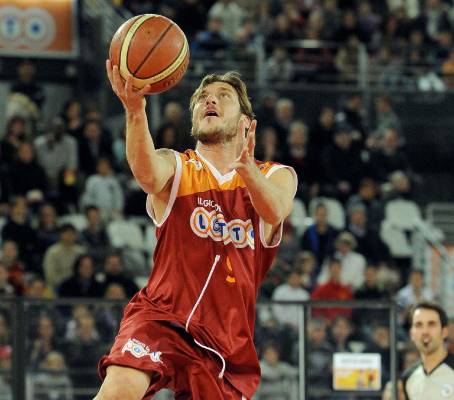 They liked it so much against Lazio they doubled their pleasure. Ranieri then decided they needed to relearn how to score. Hence basketball.

Was this always the most likely result? Probably. Roma doesn't do prostrate opponents. Ever the sympathetic bastards (Livorno's relegation campaign says hello), they did the noble thing and declared their superiority, but allowed the weakened hosts into a share of the spoils.

Those spoils, unfortunately, keep the crisis-engulfed opponents in sixth. This isn't exactly a "crisis" location for a club which last made the Champions League while I was still at a socially acceptable age to wear Abercrombie & Fitch, but for a team which pulled a '08 Udinese until last month is still dangerous enough. And this not to mention the clusterfuck breathing down Roman backs for that first contender spot.

This table is so ridiculous it requires a screenshot.

Thus a win would've been nice, but a point will suffice as Sampdoria at the lighthouse is always a tough game. Except when they're in Serie B. What it does mean, however, is that next weekend is a must win for all sorts of reasons - primarily because as nice a story as Parma may be right now, you don't get to the Champions League by losing to them at home. Period.

Now this is what that same Serie A table would look like wiping out the 09-10 Spalletti era Men In Black-style (please).

Of course this isn't how it works, but it's a clear indication of how far Roma has come under Ranieri: three steps back...to 06-07. Not quite 07-08 scudetto hunt territory, but they're easily back to Champions League material, if by different methods. Speaking of 07-08....one could even argue if not for a certain referee with a Roman history, the second and third spots would (should) be swapped.

I can live with draws at the Marassi, particularly in a decidedly commanding performance. I cannot live with anything but three points next weekend. For the points, for the morale boost heading into the break and for the resounding statement it will send to the rest of the peninsula.

Did not, unfortunately, get to pay a great deal of attention to the first half and wasn't able to pay much attention to the details of the second. Which means I took from the game what many a casual fan would. Here's a perspective.

As someone who's watched this team to the point of risking his healthy for years, some of this is unsurprising. However it, much like the table, can be magically transformed by this coach who doesn't like making substitutions.

* - Though it goes against his grain, I completely agreed with his decision to hold off the subs - even The Samp Killer. They were dominating and creating chances, and the best opportunity at a goal likely came from the abundant chemistry of the eleven on the pitch.

I also agreed with whomever decided to throw a boob on the pitch. Well done.

Here's to a repeat of the last Parma trek to the Olimpico.

And here's to David Pizarro finding Christian Panucci at the Olimpico far post for a Roman goal once again.