What Panucci Calls An "Apology"

Share All sharing options for: What Panucci Calls An "Apology" 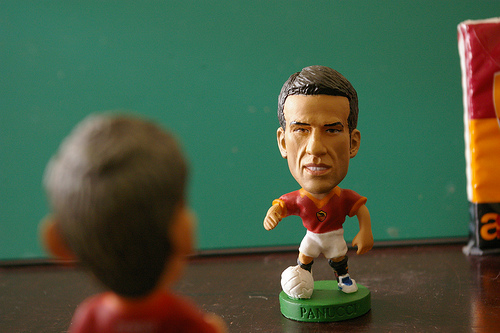 I'm not quite sure which is more disappointing: Christian Panucci's actions in Napoli or this pile of tripe he's so casually passing off to "the fans, the club and his teammates" as an "apology" or his method of delivery, an impersonal letter in a newspaper. We're not quite idiots, Christian, and neither are your employers. The fact that this came in a Gazzetta (Not il Romanista, eh? Not the newspaper of "the fans, the club and his teammates"?) newspaper article - not a press conference where he looks into the eyes of those he slapped in the face - is utterly baffling, while the fact that the person he disrespected most, Luciano Spalletti, is completely omitted is nothing short of inexcusable.

“I publically apologise to the fans, the club and my teammates."

“I want to thank the fans and my colleagues for being close to me and I don't want to fail in my responsibilities or justify my mistakes.

“As I have always done in my life I take full blame and put myself back at the disposal of the club and the technical staff for the rest of the season.

“When I said I wanted to leave Rome I was overreacting. I have been here eight years and I want to honour the colours until the end.”

Christian may be sorry, but it certainly doesn't appear he's sorry enough, nor does it seem he's sorry for the right reasons.

I hope he's played his last game in the hallowed red & yellow. With this insult to Spalletti and the club, I suspect that might just be the case.

* - Thanks to caseyr for the bobblehead submission at RO Flickr.

Drama never ends, does it?