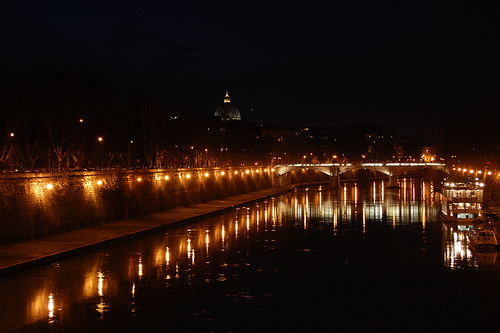 Well, it was midnight somewhere. Ish.

Incoming But Not Really aka I'm Pulling A Goal.com

Two names have popped up recently as names which were pursued - or at least thought about - in January but went unmentioned, as far as I've seen. Thus, I'm taking it upon myself to declare Rumor!, just because I say so.

Bruno Silva DF Ajax: I have this strange unrelenting attraction to Ajax - it's cursed me for years now - which forces me to watch the majority of their games at ungodly weekend hours. I haven't, however, seen much of Bruno Silva this year, who is 28 and backs up a team comprised mostly of toddlers and embryos. I think that about sums it up nicely.

He's basically a poor man's Diamoutene and was simply being looked at as a cheap, attainable alternative for that RB/CB spot in January due to being on the fringes of Van Basten's most loved. Non-story.

Luis Suarez FW Ajax: Or maybe it was the other Uruguayan from Amsterdam? If they ever wanted to replace Totti....vision, passing, finishing, dribbling, plays with his back to goal and fancies the cucchiaio (or the Dutch equivalent - cuuchiaio?) - though none quite to the level of Francesco's supreme quality. Super. Star.

Unfortunately there are two problems here:

i. Barca, Arsenal, Milan, Inter, etc etc etc.
ii. I completely made this up.

One can dream, right?

Robin Soder ST IFK Goteborg: Finally, a Swede to erase the stain of Chippen - yes, still bitter. Soder's a 17 yo phenom who popped up on the radar last year when Milan scouts started showing up at Goteborg's games. And considering they probably weren't there for the overwhelming quality of the Swedish topflight, some genius put two and two together to make five four.

Now it's being reported Roma scouts have joined the likes of Bremen, Bayern, Milan, Palermo, etc at Goteborg games for, again, something other than the football. Not quite sure what so say other than remember the name, so...do that. It might, unlike Silva, pop up again.

And this concludes the portion of transfer rumors I made up. Now onto the rumors which fluttered down from transfer fairies in the clouds (where Gazzetta will be moving their headquarters shortly, I hear).

The Other Motta, Thiago: In the most concise manner possible, I'm going to sum this up in four words:

Are you shittin' me?

This cat's knees make Cicinho's look fresh-off-the-rack by comparison. Year after year after year after year after year.......after year of season ending injuries and he finally plays ONE goddamn injury free year and suddenly he's being pursued by the most medically incompetent team this side of the Caribbean? Come on. Unless it's for research purposes, they might as well build a bon fire with his transfer fee in bills at the Olimpico center circle. At least that would spend long enough on the pitch to make an impression.

I haven't been this infuriated by a transfer rumor since, well, Mutu. I do hate him so.

Anyway, Genoa don't want to sell and I, for one, sincerely hope they stick to their word.

Diamoutene: And this one's tough. Souleymane has looked pretty damn solid in his few starts already but his track record would indicate...he's not all that good. One would think his pricetag, €3m, would help a great deal - he may even be a prime co-ownership candidate - and the fact that though 26, still posses that dreaded "p" word - potential.

But then another bit of news pops up and makes you think twice...

Neven Subotic DF Bortmund: Roma Giallorossa is saying the suits have already begun negotiations, which is something in itself, for the big Serb as CB3.

Basically he's one of those future superstar CB's who, at only 20, already looks the part in the rough and tumble Bundesliga. With his quality it's pretty obvious he'd be bought not necessarily as CB3 but more CB2.5 for when Juan goes on his mini-vacations to training table paradise as omeone with the quality to step in and not lose a step without the Panucci's princess-factor. Depending on the price (some say €8m or so), based on quality and youth, this would be a very astute move by the hierarchy.

Or perhaps the true reasoning isn't quite as obvious to the naked eye.... 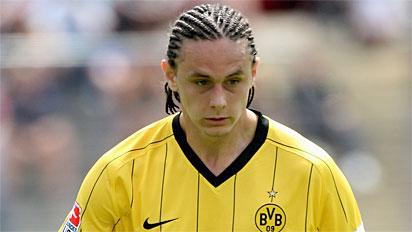 Oh me oh my. The boy is just crying out in desperation for help. Looks like Rosella has come to the rescue and he'll be put directly under the tutelage of the finest-coifed centerback this side of Pluto - Philippe Mexes.

So if this goes through, would Diamoutene be fourth? That'd make some sense as that's three quality and one solid centerback. But what about Andreolli? Would he be the four? He's certainly got the talent and, seemingly, has been flashing it down in the dungeons this year. That'd also make a good bit of sense. But then, would Spalletti want two central defenders on the wrong side of 24 as backups? And what about Andreolli and Juan on the same depth chart? Would the medical staff just up and quit?

“No, there has been no contact with the Giallorossi.”

Diego Forlan ST Atletico: Not happening, the end. Wouldn't nearly be value for the money.

Federico Marchetti GK Cagliari: I don't get this one bit. Not one. Marchetti has looked incredibly good this year, mind you, but whomever he's owned by - I've seen both Cagliari having ownership and that he's still on loan - isn't going to unload him cheap. Does Roma need to spend that much money on a backup? Particularly with Curci still co-owned? Does this make any sense whatsoever?

Although if the rumors that Man City are willing to stump up €14m for Doni have any truth in them....

Floccari/Quagliarella: Every roll of toilet paper under the sun says "Quags if CL, Floccs if UEFA". I say....

...a lot depends on the remainder of the season. Nothing to do with Champions League money and everything to do with how Floccari rebounds from his little slump - looking good already with two goals and two assists after a two month drought. Just, for me, brings more bang for the buck across a 90 minute match.

Stefano Guberti: Do you think his agent gets a commission every time he mentions Stefano and Roma in the same sentence? It would seem that way, most certainly.

Guberti is on a free in the summer, expect him to finally sign. Because he fucking loves Roma, damnit. Got that? Stefano Guberti loves Roma.

(Seriously, though, kid's very skilled. It's a Juve/Roma/Fio battle.)

Jeda Knight FW Cagliari: A loan with right to buy of Jeda is so underwhelming I just...just...nothin'.

And enough with the Brazilians already.