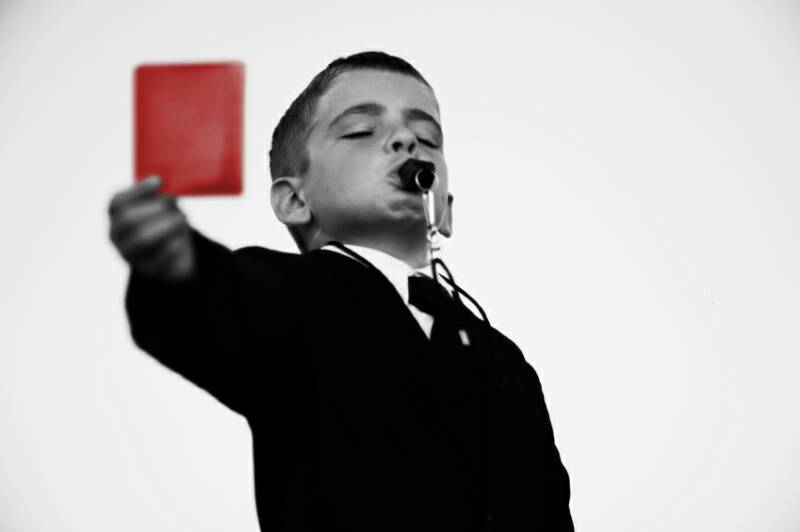 The blame game: Roma put themselves on their own back foot, Doni's knees weakened and forced the entire squad to stumble backwards and Morganti put the finger in the chest which sent them toppling over.

i. Doni must go. He's too typically Brazilian: prone to jaw-dropping saves and calamitous mistakes. Sure, a good, solid keeper may not have the wow-factor and he may not transform draws into wins, but most other keepers won't snatch defeat from the jaws of victory. Bring back Curci, bring in Marchetti or bring in someone else entirely. Just bring in a keeper from somewhere other than Brazil, eh?

ii. I'm really at a loss for words regarding the transition from first half to second half. Outside of that opening 5 minute onslaught, Roma whipped Lazio from pillar to post. The entire team was vastly superior. Then they opened up the second half just as the first. What gives? Did Spalletti's dismissal really have that great an effect on the morale of the side? And how did the individual performances drop so dramatically from half to half? The only change was Spalletti - and Lazio certainly aren't good enough to change the game - so the only conclusion we can draw is something in their mentality changed as a result of the sending off.

iii. A lot of blame is being heaped on the 4-2-3-1 in the press, it seems, but without a doubt the best player on the pitch in the opening 45 minutes was Julio Baptista, a square peg thrust into the circular hole of the left wing in Spalletti's beloved. Is he as effective playing centrally? Maybe, maybe not. But it was very much a tale of two halves and had it been two first halves, opening five still withstanding, the return of the 4-2-3-1 would be praised to the highest of heavens.

iv. This team's lack of mental preparedness - that 'blackout' factor - continues to crop up at the most important of times and it appears to be the reflection of a certain someone. Read into that what you will.

v. And finally, Morganti and his crew really fucked this team from the start. Roma deserve a great deal of credit for Lazio's win, but Morganti is right up there with them. (As ever, this 'win' was in no way the result of anything Lazio did.) The first Lazio goal was clearly a goalkick, not a corner. How was Panucci sent off when Lichtensteiner was the instigator and Panucci just sat there with his arms aloft after attempting to be civil with the lazie before being grilled? How is that right to show both a yellow when the receiver who did nothing but stand there in return is sent off while the other only carries a yellow? A six year old has enough reasoning to realize this. Why was Mexes sent off with a straight red for being slapped and separating a quarrel? A dirty look? Because that's all there was. Who was that yellow to in the 79th minute for Brocchi's foul? Because it didn't show up post-game but it sure as hell showed up in the game. If it had been to the guy who committed the foul, Brocchi had his second and he was off. How do you explain sending off a team's two centerbacks for no good reason while not sending off a second yellow? And not only does this effect Roma for this week, but next week and the week after and then the week after.

Best case scenario it's serious incompetence and Morganti should never, ever be allowed to ref a derby of any sort again. Roma did their own work digging the hole, but Morganti was equally as guilty.

And with this we can draw the conclusion that we already knew heading in: Lazio is a nothing team, a nothing club and they can't win a result unless it's rolled out on a red carpet by the other team and they're carried to the entrance by the official.