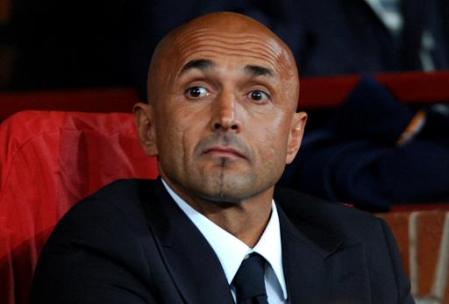 I’ve had more doubts than I’ll ever let on. Tactically never a question, but the way this team operates sometimes really brings to question his ability to extract the right mentality from this team, the first and foremost quality for any great coach, teacher, leader, etc. in any aspect of life. His football mind is top of the mountain, maybe a bit higher, but otherwise, I can’t honestly say I’m sure he’s a coach that can lead a team to greatness. That overwhelming sense to will themselves to a win. To defeat regardless of tactics, blow up the gameplan and just win.

What I am confident of is that Spalletti as a coach, much like the team, is still absorbing, growing and progressing. This is also a learning process for him, and sometimes I, perhaps others, forget that. He is by no means a finished product, and is in some ways representative of the team. Heralded for his workings in Udine, but not yet considered world class. Experienced, but not experienced enough on the largest stage. His rise has coincided with the rise of Roma. After all, he’s just 49, still but a pup in the world of big game coaching.

My feeling is next year is it in terms of assessing Spalletti’s impact on this team. If they can grow mentally, I will fully believe and plan four plus children just so that I can spell out The Grand Imperial Poobah on Christmas cards. (I’ll feel might bad for "The", but he/she will have to deal with it.) I do think they will grow mentally, and that’s not more hope than belief. I do believe that. Spalletti and the core have more experience now, more failures and successes to guide them in the right direction. This will be invaluable, and in the end I believe Spalletti will be invaluable. The journey continues.

I was wrong. The time has come.