Bologna: There Is But One.

Share All sharing options for: Bologna: There Is But One. 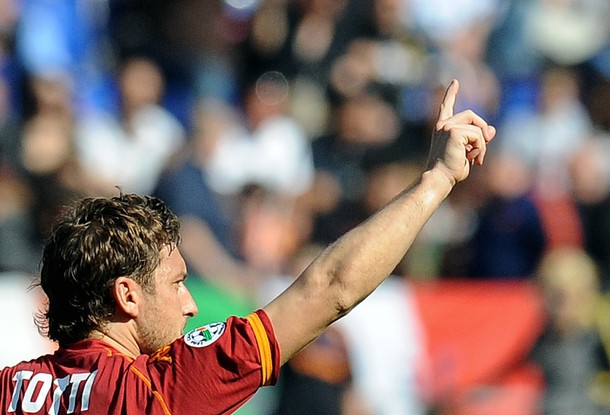 It's all been said before. A magnificent return for a magnificent player. His genius inspires, ignites and reinvents. His vision is incomparable; touch softer than the softest of pillows; passing smoother than Juan - and that's smooth . There is simply no greater difference maker in all of calcio. But more than that, he's an artist. A maestro who makes the game itself a more enjoyable experience with only the faintest of touch.

The rest of the game, however, wasn't always quite so radiant. She was far from the belle of the ball. There were even patches where it was downright Beastly. At least lately. But I guess a certain degree of suckitude was to be expected. A team which thrives on continuity and fluidity, they've had little to no time playing together over the course of the season while the break scattered internationals across the globe. The system, the 4-2-3-1, was not afforded the opportunity to flourish and the glimmering moments were largely provided by that one guy.

So this Bologna fixture came at the perfect time: fresh off a siesta as a warmup, of sorts, for the big match on the weekend, the one above all others. They'll need to be better - much better - Saturday, but the bodies are returning and the feet are wet. I'd say that's three points and then some.

Brass tackx: The first was soft, yes, but looked an awful lot like a makeup call for that clear handball just minutes earlier. Or maybe it was karma for Cicinho's steaming header back in Emilia-Romagna, giving Bologna an undeserved point. Regardless, it was due in some way, shape or form. And the second could've been ripped from page one of the referee's handbook, so that's beyond question. But a goal or two from play would be nice. Saturday, again.

Largely the expectedly choppy performance from a team still finding its feet after that unthinkable wave of injuries. A game less about individuals and more about that team mechanism. Well, all except that one man. Or so they say.