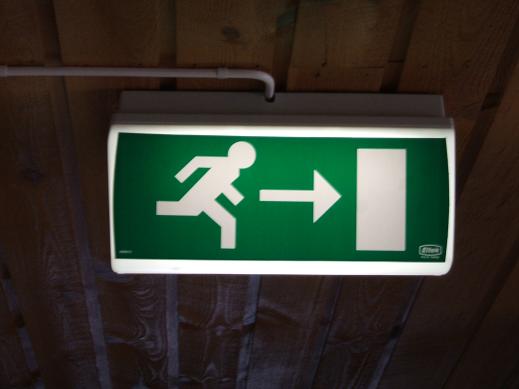 These last weeks have been infuriating. Not because of the on-pitch matters, but those off. Between the shameless pandering for a sale and the need for newspapers to create transfer rumors as a way of imparting their opinion on Roma's issues, it's all been a bit much. A major factor as to why I've been ignoring the news which isn't game relevant.

And you know, it's been kind of nice. Not to have to worry about the potential sale which likely won't happen, the potential transfers Roma doesn't need and the potential coaching change which we don't have to worry about just yet (see the first part of this sentence). For now, Roma's just a football team and anything else? It's just a bonus. A disappointing year, yes. But now we can sit back, relax and just enjoy some giallorossi football. Let the rest wait.

The Sure Thing:I know we joke often but if you told me Simone Loria is below Julio Baptista on the centerback depth chart at this point, I wouldn't bat an eye.

The Simone Jr.: When Marco Cassetti, who makes Simone Loria look like Paolo Maldini circa 1992, usurps you on the central defender depth chart, your option ain't bein' picked up. Simple as that. Souleymane Diamoutene.

The Quietly Likely: Max Tonetto. This one won't be talked about much - befitting Max himself - but everything points to Max exiting this summer. His contract is up, he's spent much of the last two seasons getting rubdowns instead of playing (only 9 starts this year), he'll be 35 in November and his play is going the way of his age. Yes, the injuries are a squad-wide issue but at his age, Spalletti's not exactly looking ahead to his best days when he is healthy. Defense will be the priority in the summer and if the suits feel Antunes isn't ready, we'll be looking at some new competition for JAR.

This is getting redundantly redundant but....nobody can stay healthy so there's little point in selling the one calming influence of the back line for injury reasons alone.

The I Have No Idea: Principessa Panucci....what to do with you.

All's not forgotten - I can guarantee that much - but whether or not enough will be patched up for him to resign in the summer is an absolute mystery at this point.

The Goalies: Topic for another day, but let's just say both could be up for sale come June.

The Absolutely Not: If Spalletti stays, Pizarro stays. If Spalletti goes, the 4-2-3-1 will likely head out the door too, which paves the way for Pizarro to reach his potential without severely shortening the lives of Roma tifosi the world over. David's staying, one way or another.

The No Chance: You don't sell Roman talent the quality of Alberto Aquilani. You just don't. Especially not when he's one of many who've failed to get off the medic's table and onto the pitch. The problem is much larger than him alone.

The Ditto: Guess what else you don't sell? The pace and technique of Jeremy Menez - particularly when the only real pace in the club outside of the Primavera resides with two rightbacks - one who will be coming off his second knee-through-the-wood-chipper surgery in three years in the fall. They need more like Jeremy, not less.

And preferably those that don't suffer from footy-related bends, please.

The Slight Possibility: About six months ago this would've never, ever been brought up for discussion, but I keep reaching back for something I brought up damn near eighteen months ago.

Simone Perrotta has a ton of miles on his body. A ton. And while we all love him, let's face it: his stamina is the only attribute which has him on the Azzurri rather than the Serie B All-Stars. (Not 'only', but you get the point.) He, like many, has been felled by injury problems and, like many again, his form has suffered immensely. His contract is up in a year or so and you have to wonder if, at 32, he's nearing the end of his peak effectiveness. You have to wonder if, new regime or not, he could be given his walking papers (only to then thrive with a team which focuses on Serie A and Serie A alone).

I wouldn't predict it and I certainly wouldn't wager on it, but I also wouldn't rule it out.

The Please, For The Love Of God: His contract dwindles by the year, but Rosella could clear the debt and buy Udinese with the amount she'd save on Vincenzo Montella's wages alone.

But whether or not they can pawn him off on someone else is another matter entirely....

The rest aren't worth discussing at this point. Not Mexes, not Mirko, not Riise, not even Filipe. If a major shakeup comes - starting at the very top - then so be it. But as matters stand, this is it. Why? One simple reason:


“Our problems were only down to the numerous injuries." - Bruno Conti.