Ago: Fifteen Years On.

Share All sharing options for: Ago: Fifteen Years On. 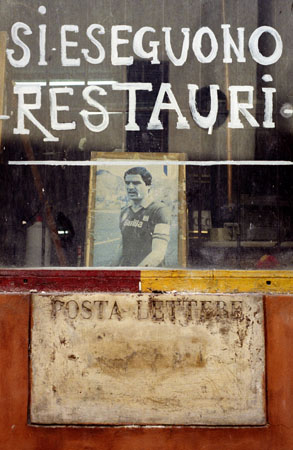 My feeling in circumstances such as these has always been the less said the better.

But for those who don't know, 25 years ago to the day, May 30th 1984, Roma lost on penalties in the European Cup (Champions League) final in the Stadio Olimpico to Liverpool. A scarring loss for any club - some might even term it a tragedy. Unfortunately the real tragedy came 10 years later when, on May 30th 1994, Agostino Di Bartolomei, Roma's captain that day at the Olimpico, ended his own life at 39 years of age3with a single bullet to the heart. For many generations, he is their Totti - a comparison which should allow the younger tifosi to firmly grasp the significance of his passing. The reasoning is largely attributed to clinical depression and finances, but no one can ignore the significance of the date he chose and some still blame Roma for ushering him out of town the summer following that final and their failure to offer him a job in the organization upon his retirement as a player.

A true Roman legend whose day came far too soon. Requiescat in pace, Ago.