Mercato: It's Going To Be A Hairy One.

Share All sharing options for: Mercato: It's Going To Be A Hairy One. 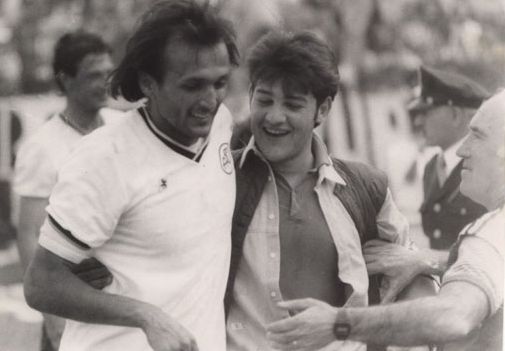 First off, let's discuss something: this whole 'Spalletti in the mercato business'. I'd been reading back about something - believe it was the officials on Cicinho's Real deal and the consequences of the Europa League (no €1m payment) - when I came upon something curious. It was an interview with ol' Bronziballs before Cicinho moved to Rome and we all lived happily ever after with his defensive inconsistencies, constant whining and cardboard knees (I'm just grasping - he genuinely came good this year before his knee went that-a-way while his body went this-a-way). In it Bronziballs stated that Roma wanted Cicinho on loan but that Real were holding out for big scrilla, and that he'd discussed it with Prade and...and...and...Spalletti. And then I read about Spalletti discussing Giuly. And, if I recall correctly, Spalletti & Baptista.

And Spalletti mentioned something last week about constantly discussing matters with Prade & Conti.

It's always been a three-headed mercato team with Rosella writing the checks - at least since Spalletti proved his worth on the pine - and it will continue to remain that way. This whole 'Spalletti was given a bigger role in the market' is journalists looking for a reason when they weren't being fed their obligatory scraps. Simple as that.

Now onto the good stuff.

Striker(s) Who Score Goals & Some Who Don't.

Luca Toni: Has anyone plummeted in the eyes of Italians deeper than Luca Toni? Last summer, pre-Swissaustria, he was the greatest thing since the invention of breathing. One month later he was a washed up never-was. And I can't for the life of me figure out quite just why.

Who's turning down better than one in two? Who?

Loving the midfield-service argument, by the by. This is Spalletti's Roma, you know...

But here's what's going to happen: Luca's going to sign on with Milan, he's going to score 20 goals, WADA's going to move its headquarters to the Milan locker room yet still come up zeros searching for Milan's WonderWhizzinator (it's there - it has to be).

And in the event that Milan passes - for, say, Adebayor - then we can start talking Luca, as I doubt he'll be too keen on cutting his pay by two-thirds. Nor should he - though he should.

Michael Owen: You must be joking.

This is one instance where we can be mighty thankful mid-table Prem clubs can offer superstar wage packets. The Mikey Owen-Luciano Spalletti-Roman medical staff trifecta has roughly the same chance of success as the offspring of a baboon and Simone Loria in a beauty contest.

Roman Pavlyuchenko: I love Pavlyuchenko's game when he's on and, particularly, when playing with a skillful player who can make runs off the ball. Not so much when he's off, though. Then again, I suppose the same can be said for nearly anyone.

That said....I'm guessing he goes nowhere and even if he does, the wages offered at Tottenham are stupidly high and wouldn't be worth even the lowball. Incidentally, neither is Roman most of the time.

Not necessarily bad, but not good either.

€3m is being tossed about for co-ownership and this yet another that looks as good as gold as Esposito is just as vocal about his love for all things giallorossi as Team Guberti.

Which leaves you wondering if he just likes red & yellow.

Marco Marchionni: I suppose it depends on where the bulk of the funds are allocated. The back? Striker? Goalie with a working melon? Who knows.

File this one somewhere in the back burner. Or put this one on the To Be Reviewed folder. July-ish. Or later. Or sooner. But not now. 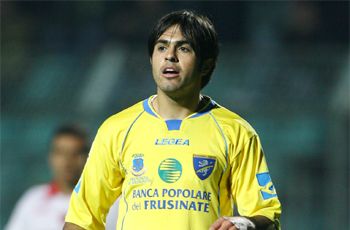 No More Brazilians! (Except This One)

Eder: I think it's the hair. I genuinely do. If he plays in a support striker role and he's got the floppy mop like Diego while looking like he wasn't made to be an athlete - he looks like he should be fronting a pop-punk band pouring over the trials and tribulations of being a teenager well into his late-30's.

Therefore it must be true.

There's been plenty of criticism around Rosina the last year or so, and much of it valid, even if expectations may have been a skosh too much. But what I cannot seem to ignore is what Rosina could do with Spalletti molding him into the perfect team system attacker. One who could play on the left, right or through the center. One who could bring in the versatility, workrate and technical qualities of a sheikh's Taddei.

And what's more is that it's very, very possible. He'd been making noise about leaving Torino for awhile, and now that they're doing their penance for poor football, he's almost guaranteed to move on. A bigger club surely. And at a cut rate - Rosella-style - to boot. But best of all? He's spurned Lazio's sloppy drunk advances (it's the only kind they know how to make).

“In the next week we will meet with the president [Urbano] Cairo, to evaluate a number of aspects,” the agent told Lalaziosiamonoi.it.

“At this time I can say that there are a couple of interested clubs, mainly Lazio, however Alessandro isn’t interested in this move at the moment.

It must be. After all, bald is the new hair.