Briefest of Friday Briefs: Guess Who's Back.

Share All sharing options for: Briefest of Friday Briefs: Guess Who's Back. 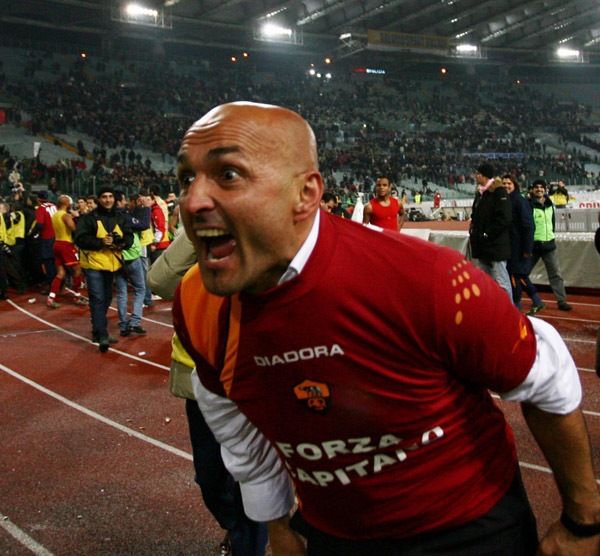 "I remain for Roma's good. It can't be said that I am not happy or am not motivated."

Have to say I did not expect this (obviously). But I, like The Grand Imperial Poobah, cannot say that I'm not happy.

But check back when August medical rounds begin.

Luciano will reportedly have a larger say in the transfer market, which sealed his deal to stay. It also means Roma will need to get ready for an influx of highly-versatile, hard-working 30 year olds who suddenly and mysteriously turn into glass despite a career lineage which would indicate otherwise. And half the 2004-05 Udinese Champions League placing squad.

And this flies open the door for one Stefano Guberti to join the Trigoria ranks, as his agent said today. Roma is easily his first choice, they've sat down and discussed a deal, and you'd have to believe his signing will come within the next week or so. Great news for Roma as they'll nab a young winger with extreme pace and a propensity for scoring goals on a free for Rosella-cash (less than a mil per year). How do you say no to that?

Barcelona target John Arne Riise - yes, that's correct - has reaffirmed his commitment to Roma all while being ankle-hunted by Juan Jr.

You give some, you take some.