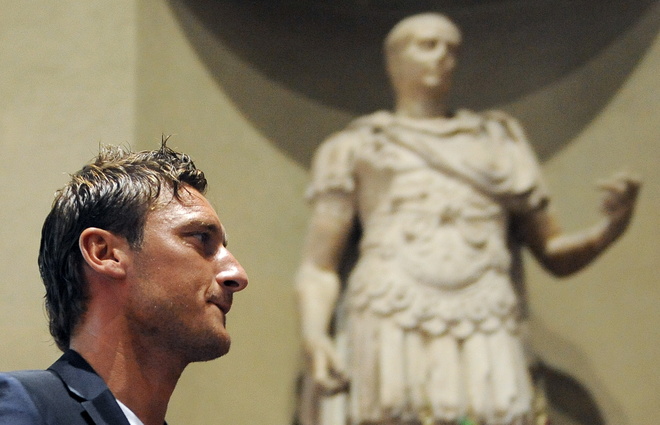 I took a break. I needed a break. Being a Roma fan is a full-time job. A full-time job without pay, benefits, or a means to sanity. Writing about it is another animal entirely. Rinse, lather, repeat mostly, and precisely in that order. Well, occasionally the repeat precedes, lathering, but that is neither here, nor...

So I closed my bookmarks, shut down my computer and exiled myself from the game of football for ten days. And if I may be so bold, everyone else should do the same. A refreshing escape from the same ol', same ol'. Not the stories themselves, but the same people saying the same things. Writers writing, people speaking, Spalletti Spalletti...y......i..._...ing, agents defying human anatomy by churning large turds from the bellows of their bowels up and out via piehole, etc. A new life, perfectly in time for a new season. Sort of.

So with a fresh enthusiasm and the zeal of a child on the first day of summer, I logged onto the World Wide Web for my fix. Google News is the first stop quite possibly for the first time ever, with no apparent explanation. First eye-popper:

Off to RomaNews I go, eager to find out just how fabulous Trigoria's petunias will be this upcoming season. Julio's agent:

Fuck this. I hate football and I'm going to start making stuff up again too. 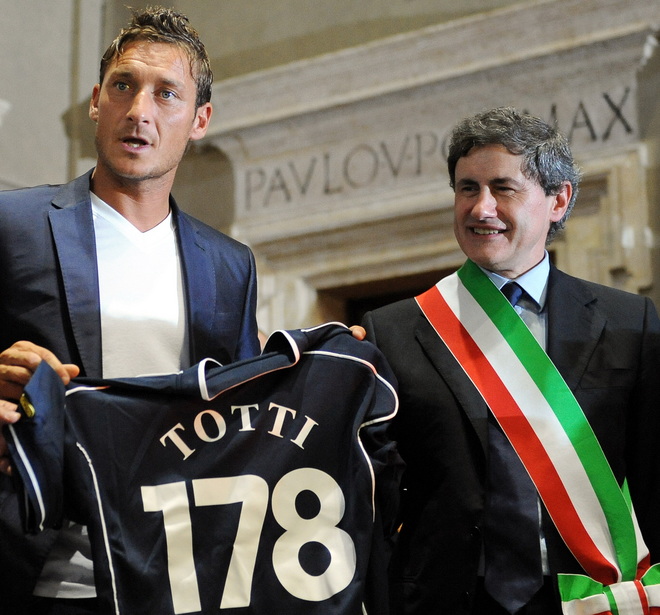 His Tottiness will also sign a 5 year contract very, very shortly (if he hasn't already), effectively closing his career envelope with a Roman seal.

Francesco calls it the greatest gift, or some such, of his life, but while nice and all, his decision to snub Madrid a few years ago has a great deal more meaning to it, with this having an air of mere formality.

Other things with an air of mere formality about them: Juan on the injury table, Spalletti's glean, Riise in short sleeves*, Brighi as the homeless man's Michael Jordan in Bubblicious circles, Brighi's agent talking like a homeless man, giallorossi and questionable tattoo tastes, Marco Andreolli being underappreciated, Mauro Esposito being overappreciated, Ahmed Barusso and weekend visits/alternating holidays, Brazilians who inspire very little confidence yet get the job done...until they don't, Cassetti and rubbishness at CB, Menez's synchronized swimming, and finally...Ricardo Faty's halitosis.

* - I've decided my simple goal for this UEFA Cup season is for Roma to draw a team away in a climate which forces JAR to wear long sleeves. I'll personally move to the town if they can get him to don Francesco's 'I'm about to climb Everest' wardrobe once the Celsius hits the teens.

Business: There's a game Thursday. That's July. Against a club whose greatest ever finish in the Belgian topflight is second place in 1955. Put your money on the waffler.

Pleasure: This guy also happened in 1955. I gather if he were a female he'd lactate like a slightly kinked firehose.

Business: Roma beat Blackburn 5-4 and some recently promoted Romanian squad in recent times 3-0, to the tune of an 8-4 aggregate. Including the 1-1 to a team I've never heard of and couldn't be bothered to Google, this is arguably the most successful Roman preseason in recent years. Fantastic.

Business: Alberto Aquilani may be put on the block during what is most undoubtedly his sell-low period, which would be, to put it bluntly, stupid.

Pleasure: This level of stupid.

The presence of players no longer with Roma notwithstanding, does anything in this picture seem, oh I don't know, a requiem of imprudence? 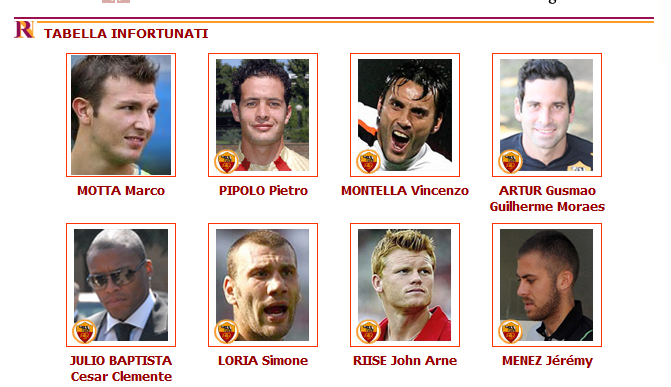 Serie A is now a safer place. 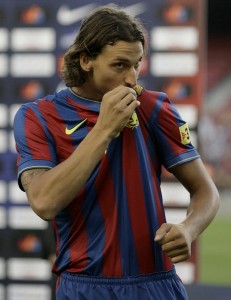