Out The Window In A Rubber Boat

Share All sharing options for: Out The Window In A Rubber Boat 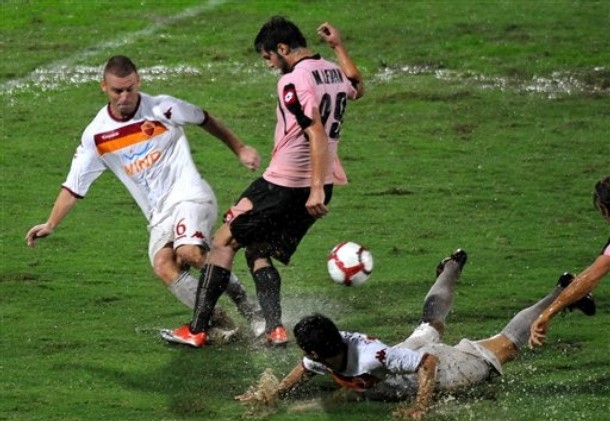 There have been worse results in the history of calcio. Roma was perhaps the better overall team, Miccoli perhaps the best overall player (shortest player on the pitch under those conditions? shocking), and both won scads of goals. In case you hadn't noticed, goals determine football results. Ergo...

With that, not much stock can be put into the game. For a club which likes to hold possession and play the ball on the floor, playing on a pitch that couldn't have been saved by the Titanic's drainage system was less than optimal for Roma.

However, a few things can be learned:

The sum total of the last two is depressing enough to end this.

Pray for a dry one Sunday, yeah? One that looks like this: