Catania: Coming In For Another Visit.

Share All sharing options for: Catania: Coming In For Another Visit. 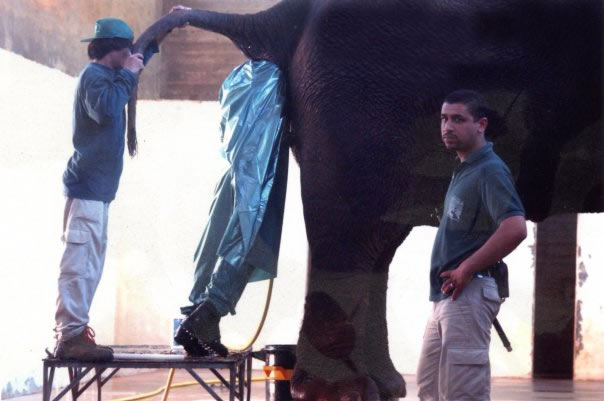 Wasn't nice of Lega Calcio to get these Sicilian trips off the calendar early? Weeks five and six - bam, all finished.

This game is about two things:

No shit, huh? But more than the three points which could be tossed in amongst the others and get lost in end of the season totals, it's the timing of those points. Who, in their sanest of minds, would've predicted that in the four league games after TGIP's resignation, with three away, one in the most cursed land of Toscana, that AS Roma could not only see ten points possible, but ten points plausible? I am no such brave soul. Of course it's not a murderer's row of opposition, but confidence was bedrock low and the Tuscans, Siena and Fiorentina, were looking like anything but three pointers.

Ten of twelve would be an incredible pull, both for the table and the side's progress going forward.

The first Sicilian game gets a pass due to such dire conditions, but not this one. Not with sunny skies, warm weather and cold bodies coming out of the Catanie locker room. One of these days they'll need to unearth a clean sheet from an ass - perhaps that's what the guy is doing in the picture? - and there will be much more difficult targets than Catania. Particularly if, as predicted, Burdisso lines up along with Crocket, Tubbs & Red Rocket in the back. No Motta? No Cassetti? That'll do right now.

But then we would've said the same thing last year, and they gave up a quick half dozen to Catania in two games. That's correct - six. Takayuki Morimoto was busy making Crockett & Tubbs his play toys while the rest of the Romans were thoroughly unimpressed by the masculine attacking qualities of a side wearing pink and baby blue, or some such thing. This did not work out so well, particularly that diabolical 3-2 loss in Sicily which was the posterchild for misleading one-goal losses, and it'll have to do better this time 'round. Much, much better.

Of course Morimoto is another year older and another year better, which is all kinds of frightening considering how well he played when merely a "talent". Add this to his innate ability to infuriate Philippe Mexes - not a rare one, mind you - and the other duo in half-decent tridente, Jorge Martinez and Mascara, and you have the recipe for disaster.

I was genuinely optimistic that this game would be more Fiorentina and less Siena all of two paragraphs ago. Now? Not so much. But then that's the beautiful thing about Ranieri: they needn't play brilliantly to take home the points. They just need to do a little bit more than the other guy. For that, I am optimistic.

I've long held the theory that, unless playing a team of equal or greater caliber, a very good team needs only to focus on itself. (This is probably why I ignore the other team half the time.) Yet it's still probably a good idea to mention how well the opposition is performing. So in a word or two: not well.

Improving results, but against one piss poor excuse for a football team and Atalanta. A result there for the taking.

Looking at the schedule for a nice little break-in game for Alex and...well would you look at that? Thursday at home against CSKA Sofia should do nicely. Which means JSB will likely get one more chance in net to confirm that his abilities lie somewhere in between Juventus and the guy who didn't play for three years.

Cassetti, Motta and Mexes are all leaving a bit to be desired these days. Philou is, without question, the best of the three. Simple solution. Then again, if Claudio watches the Catania tape from last year....

Would Perrotta, or even Daniele, be starting with Taddei healthy and ready to play some hideously unaesthetic football? Probably not. This, again, leads to believe they're going to need to unearth a starting quality central midfielder from somewhere. (Go sit down, Max.)

Early rumor was that Okaka would spell a fatigued Mirko from the start. Late rumor says that's not quite true. My theory says Okaka is penciled in as a 60-70min substitution. Also that Menez unleashes a postgame tirade in which he proclaims his desire to play for FC Lorient in order to gain a stranglehold on a spot for World Cup 2010.

A win, but not quite a walkover.